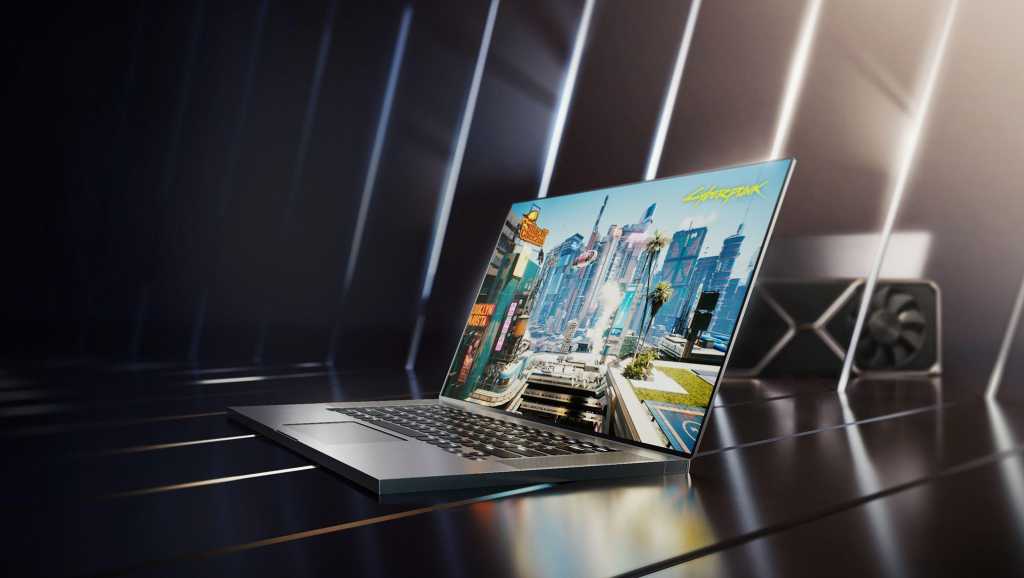 Nvidia took to the stage hot on the heels of AMD to reveal not only the RTX 3060, offering a great entry-level option to the hugely popular desktop RTX 30 Series GPU range, but also the introduction of the new RTX 30 Series for laptops. Like with the desktop range launch back in 2020, there are significant power upgrades on offer from the latest laptop GPUs, allowing for high-quality gameplay on-the-go.

We’ve come a long way in the gaming laptop world in the past few years, with advances in technology not only allowing for improved performance, but the reduction of the huge footprint of some early laptops too. Gaming laptop growth has increased by 7x in the past 7 years according to Nvidia, so it’s time to bring the laptop world more in-line with desktop counterparts.

That’s done by the introduction of the RTX 30 Series MaxQ for laptops, based on the same Ampere architecture as the desktop range. Of course, you won’t hit the same high levels of performance on a gaming laptop as you would on a gaming PC, but Nvidia claims that the new GPU range offers a 2x boost in performance compared to the previous-gen RTX MaxQ range.

In fact, it suggests that the entry-level RTX 3060 mobile is not only faster than the high-end RTX 2080 Super, but 30% faster than the PS5 too, capable of delivering solid 1080p@90fps gameplay at ultra settings – not bad when you consider Nvidia envisions 3060-level laptops being sold at around the $999 mark.

The next step up is the RTX 3070 mobile, capable of delivering a solid 1440p@90fps gaming experience in games running at Ultra quality, and laptops running that should cost around the $1500 mark.

It’s when you reach the top-end RTX 3080 mobile that things get truly impressive, sporting a whopping 16GB of GDDR6 VRAM capable of running games at 1440p@100+fps with ray-tracing enabled, although those laptops will set you back around $2,000.

The boost in performance should usher in a new age of laptops with high refresh rates, with Nvidia claiming that we’ll be seeing multiple gaming laptops offering 360Hz refresh rates being released in 2021. High frame rates don’t necessarily indicate bad battery life though, with Nvidia’s RTX-powered DLSS 2.0 technology able to provide huge increases in framerate without the ramp-up in performance and power.

Of course, it’ll depend on the game and laptop you’re using, but it’s encouraging to see manufacturers finally suggesting gaming on the go is a viable option – gaming laptops have a reputation for being terrible on the battery life front, let’s be honest.

The best news is that, unlike with AMD’s mobile GPU range teaser, we’ll be seeing the first laptops with the new RTX 30 Series GPU range come to market on 26 January.