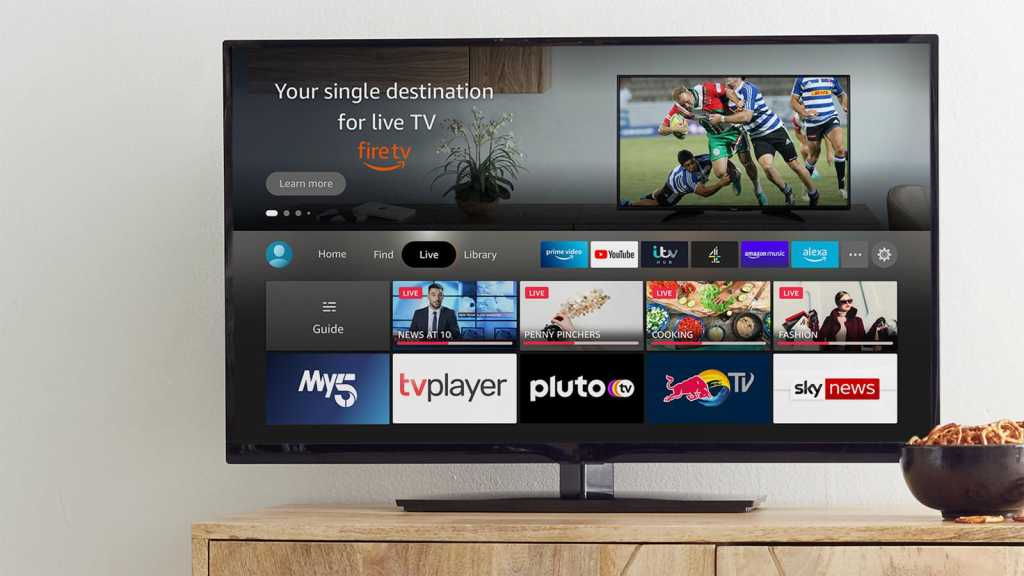 Starting today, Fire TV owners will notice a new Live tab in the main menu. As you might guess, lets you quickly find content that’s being broadcast live from TV channels as well as apps.

Live broadcasts on Fire TV aren’t a new thing – indeed, you’ve been able to watch live shows from apps such as BBC iPlayer and ITV hub for a while. Amazon Prime has been showing live Premier League matches, which were of course available via the Fire TV Stick and other Fire TV devices.

So, what the Live tab does is to show you live content that’s available through apps and services you subscribe to, as well as help you discover new apps which have live video.

My5 and TV Player are two third-party services which are integrated into the Live tab. The latter lets you watch channels from BBC, ITV, Channel 4 and others, so just these two cover a lot of live shows.

Unsurprisingly, you’ll also see content from Prime Video Channels and Prime Video Live Events which means you can browse and watch live content from Eurosport, Discovery and other sources – so long as you have a subscription.

Amazon plans to expand upon these apps in the future – no time scale has been mentioned – and says that the  ‘Live’ tab will be available on all Fire TV devices in the UK over the next several weeks. 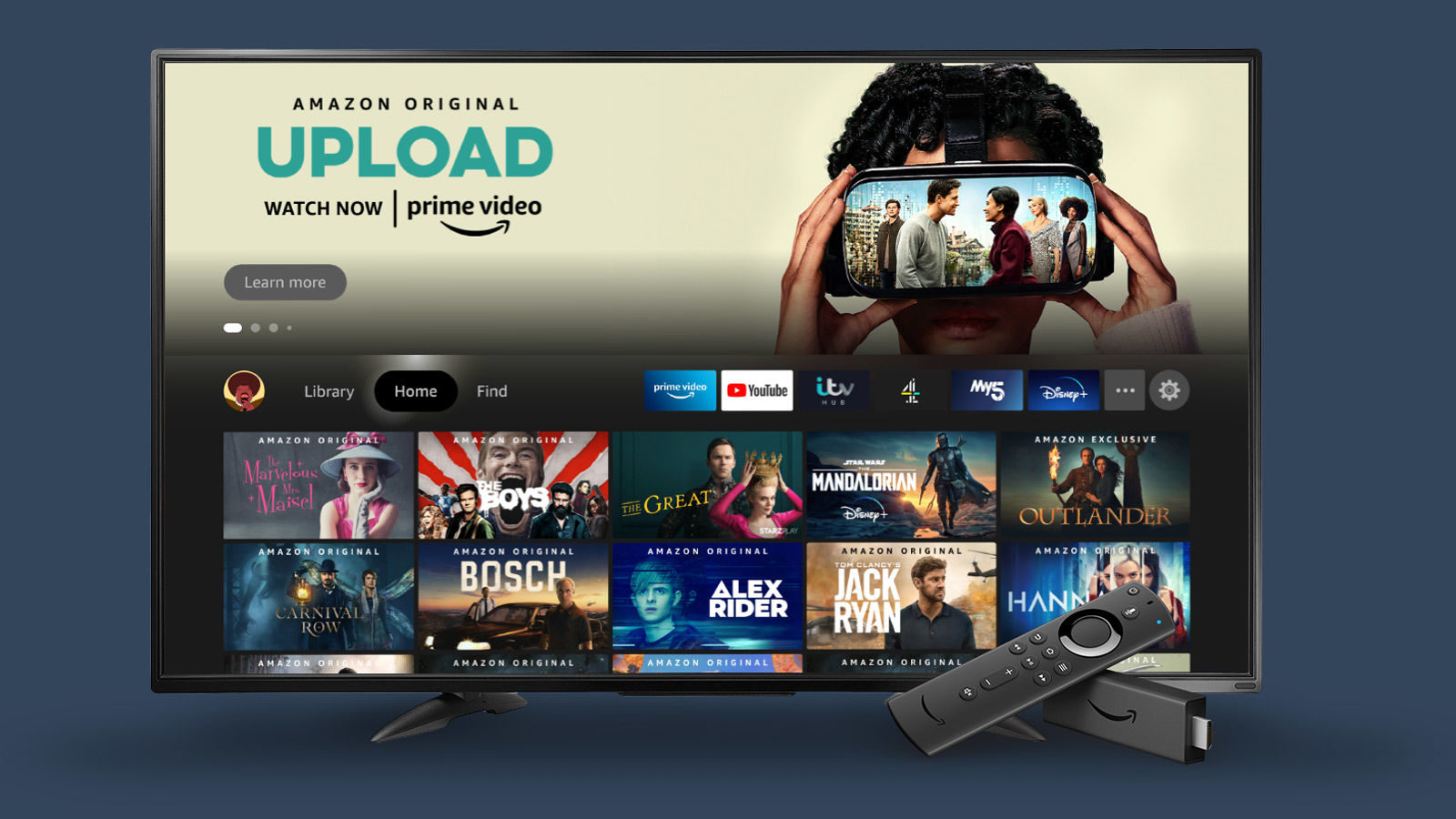 This update is separate from the revamped interface (above) that’s now available for the latest Fire TV Stick and Stick Lite, and is coming to other models this year.