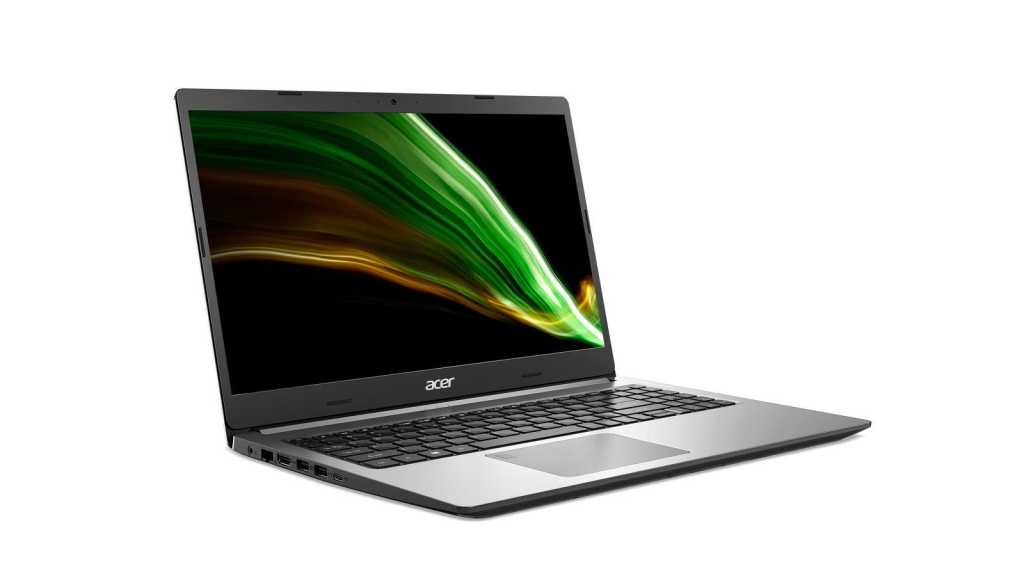 Day 2 of CES 2021 has seen two companies team up for some of the most interesting announcements of the all-digital event so far. But this isn’t one of those limited edition versions of a product that’s already available – quite the opposite.

You may have seen that AMD’s new Ryzen 5000 Series laptop chips have just launched, and here are some of the first devices that they’ll run on. Acer’s new Aspire 5 and Aspire 7 laptop, alongside the updated Nitro 5 gaming hardware, will all be powered by the US company’s new silicon.

The Ryzen 5000 series comes with some big performance claims, including being “the best processors in the world for thin and light notebooks”. The benchmarks certainly look impressive, but we’ll reserve judgement on just how good they are until we can test a device for an extended period of time.

Onto the devices then, starting with the Aspire 5. It’s the most affordable of Acer’s new laptops to move to a Ryzen 5000 chipset, but the company hasn’t specified exactly which one. There’s plenty more impressive specs though, including AMD’s RX 640 GPUs, bumper 24GB of RAM and a choice between up to 1TB SSD or 2TB HDD storage. On the display side, the Aspire 5 is rocking a 15.6in Full HD display with built in technology to reduce the emission of blue light.

There’s USB-C for charging and data transfer, alongside Wi-Fi 6 and multiple cooling modes built into the design. Acer says this is aimed at bloggers, photographers and students, although these specs suggest it’ll also be capable of more demanding tasks.

For even beefier internals, consider the new Aspire 7. The Ryzen 5000 chips combine here with an Nvidia GeForce GTX 1650 graphics card, as well as bumping the RAM up to a maximum of 32GB. It has the same SSD storage options (up to 1TB) and 15.6in FHD display, with slim bezels giving it an impressive 81.61% screen-to-body ratio.

The design also includes multiple cooling modes, with a quick tap of the Fn and F keys allowing you to alternate between silent, normal or performance fan modes.

If you’re in the market for a gaming laptop, the new Acer Nitro 5 could be a great option. Available in 15.6in and 17.3in screen sizes, you can choose either a Full HD panel with 360Hz refresh rate or QHD display with 165Hz refresh rate.

Here, the Ryzen 7 chip combines with Nvidia’s new GeForce RTX 3060 GPU, although this will be configurable up a Ryzen 9 with the RTX 3080. There’s also a new Nitro 5 model with 11th-gen Intel chips, but the refresh rate maxes out at 144Hz. Make no mistake, this a premium device.

The Nitro 5 instantly recognisable as gaming hardware, with an imposing design, powerful speakers and a customisable RGB keyboard. It’s also far from lightweight, at 2.2kg on the 15in model and 2.5kg for the 17in version – but that seems to be a conscious design choice. Its size also means the Nitro 5 has an impressive selection of ports, with 3 USB-A and 1 USB-C joined by a 3.5mm headphone jack and full size HDMI and ethernet ports. The latter allows for a feature known as killer ethernet, where gaming can take advantage of the wired connection while all other processes use the built-in Wi-Fi 6.

Those in the market for a more portable gaming laptop should consider the new Predator Triton 300 SE, which is almost indistinguishable from a regular consumer device. It comes with 11th-gen Intel processors (i5 or i7), up to 24GB of RAM and as much as 1TB SSD storage. You don’t miss out on dedicated gaming features like an RGB keyboard and Killer Wi-Fi 6, but this device weighs only 1.7kg.

Most devices are expected to launch in “early Q2”, but a more specific release date isn’t yet known.

Acer is regularly among the first to announce devices with the latest processors, but it won’t be long before plenty more manufacturers follow suit. Expect lots of new Ryzen 5000 series laptops to be unveiled in the coming days and weeks.

Will any of them be good enough to be considered among the best laptops on the market? Only time will tell.