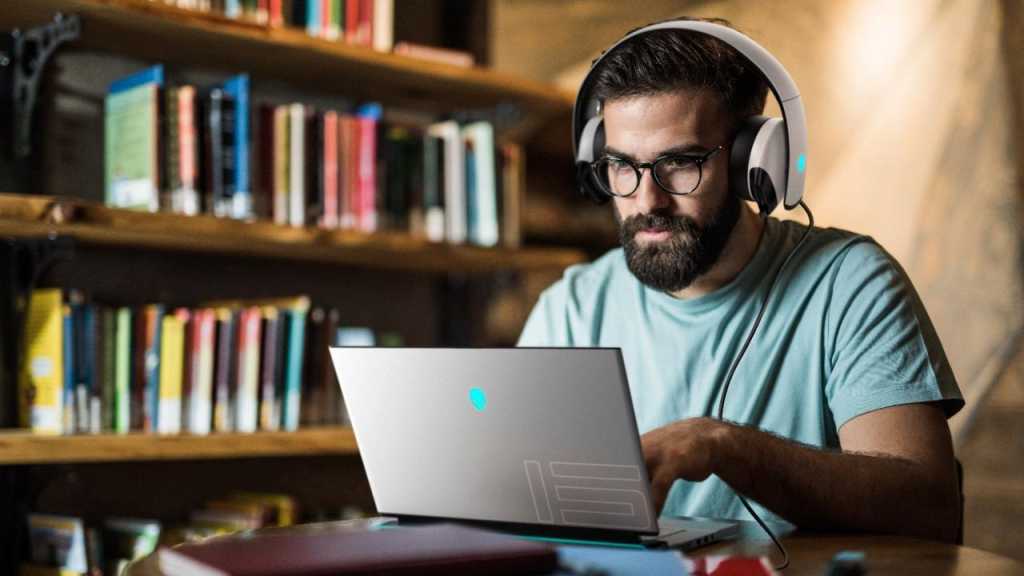 Hot off the heels of AMD and Nvidia’s CES 2021 announcements, Dell has revealed this year’s refresh to its hugely popular Alienware range. The company lifted the lid on the Alienware M15 R4 and M17 R4 with Nvidia’s new, seriously powerful RTX 30 Series Laptop GPUs under the hood and, for those on the hunt for a high-end desktop, there’s the updated Alienware Aurora Ryzen Edition R10 to consider.

Dell’s gaming-focused Alienware M15 and M17 are the company’s thinnest laptops to date – although that’s not to say it’s the thinnest laptop on the market right now. Still, compared to the bulky Alienware gaming laptops of just a few years ago, it’s a massive improvement for the on-the-go gamer.

The headline upgrade is, of course, the inclusion of Nvidia’s new RTX 30 Series Laptop GPUs at the heart of the range. Nvidia’s desktop RTX 30 Series introduced significant performance gains compared to the older generation, with even the mid-range RTX 3070 besting the previous top-end RTX 2080 Ti, and now it intends to do the same in the laptop world.

With up to 16GB of VRAM available on Nvidia’s top-end RTX 30 Series Laptop GPU, there’s a significant boost in performance available on the latest Alienware laptop range.

Backing up the beefy GPU is Intel’s 10th-gen core i7 or i9 CPU at up to 5.3GHz depending on the variant you opt for, and there’s also up to 32GB of faster DDR4 RAM, offering clock speeds of up to 2933MHz.

There’s also up to 4TB of SSD storage available on the new laptop range, allowing you to store an entire gaming library for offline access – ideal for long commutes, trips and even flights (whenever they’re a thing again, anyway!).

For those that want the smoothest gameplay performance possible, there’s a new display option available on the larger M17 R4: a FHD panel with a buttery-smooth 360Hz refresh rate. It’s not the only company to offer a super-fast 360Hz display on a gaming laptop – it’s also present on the new Razer Blade 15 – but it’s a welcome addition to a capable gaming laptop.

The laptop range also sports a new matte finish front panel to negate annoying reflections, and the inclusion of a HDMI 2.1 port means you can output gorgeous 4K@120fps gameplay on supported TVs. 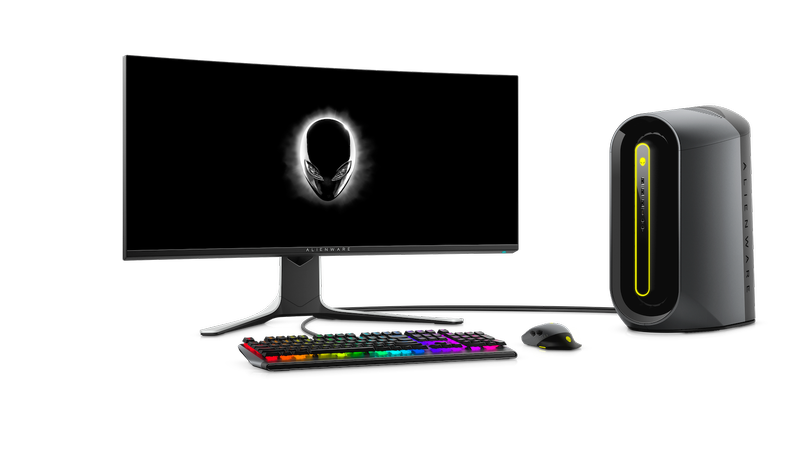 On the desktop front, the big upgrade with the Alienware Aurora Ryzen Edition R10 is, of course, the inclusion of AMD’s latest Ryzen 5000 Series desktop CPUs at its heart, giving gamers a decent alternative to Intel’s 10th-gen chipset.

Alongside the AMD CPU, you’ve got the option of AMD’s powerful Radeon RX 6800 XT or Nvidia’s GeForce RTX 30 Series GPUs, both of which pack serious graphical power for high-end gaming experiences.

There’s also the introduction of support for 128GB Dual Channel HyperX Fury DDR4 RAM – twice that of previous generations – to allow for tool-less upgrading in future. It’s not something you’ll necessarily need right now, but it’s a great futureproofing option, especially for streamers and creatives. For more on the Alienware desktop range, take a look at our full Alienware Aurora Ryzen Edition R10 (2020) review.

The Alienware Aurora Ryzen Edition R10 is available to buy via Dell today, while those interested in the new Alienware M15 R4 or M17 R4 will have to wait until 26 January. The desktop starts at $1,099, while the new Alienware laptop range starts at a much more premium $2,149. We haven’t got UK pricing just yet, but we’ll update the article as soon as we get confirmation.