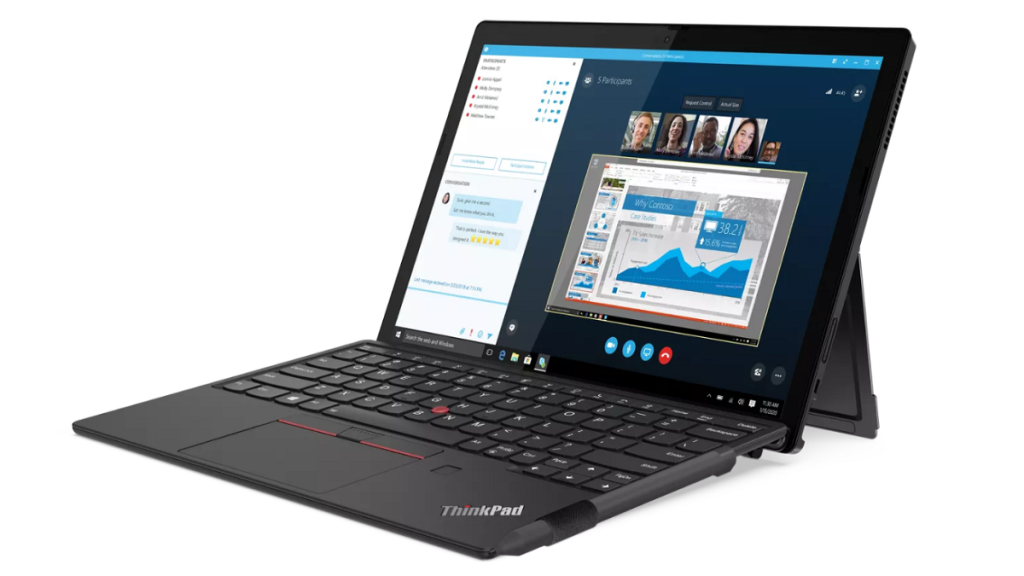 There’s not much out there to rival Microsoft’s Surface Pro tablets but the new ThinkPad X12 Detachable is the latest alternative with 11th-gen Intel processors and a detachable keyboard.

The Windows tablet market is a bit, well, uninspiring with so many brands giving up on the idea. Luckily, Lenovo is still here to give Microsoft some competition and the ThinkPad X12 looks like a decent alternative.

This new tablet comes with a 12.3in display just like the Surface Pro 7 and the same 3:2 aspect ratio which works particularly well for this type of device. It’s a Full HD+ IPS screen with 400 nits of brightness and Gorilla Glass.

As you might expect from a ThinkPad device, it’s also got lots of power under the hood with up to Core i7 vPro quad-core 11th-gen processors from Intel with Xe integrated graphics. The vPro is aimed at business users and the X12 is also Microsoft Teams certified.

There’s also LPDDR4x memory – up to 16GB – and up to a 1TB NVMe SSD. The ThinkPad X12 supports Thunderbolt 4, although not many other ports with one USB-C 3.2, a NanoSIM slot and headphone jack. A USB-C dock might be needed here.

While the X12 is more expensive than the £799 Surface Pro 7, Lenovo importantly includes the detachable Folio keyboard which offers a full-size backlit keyboard, the iconic ThinkPad nipple mouse stick and a fingerprint scanner. 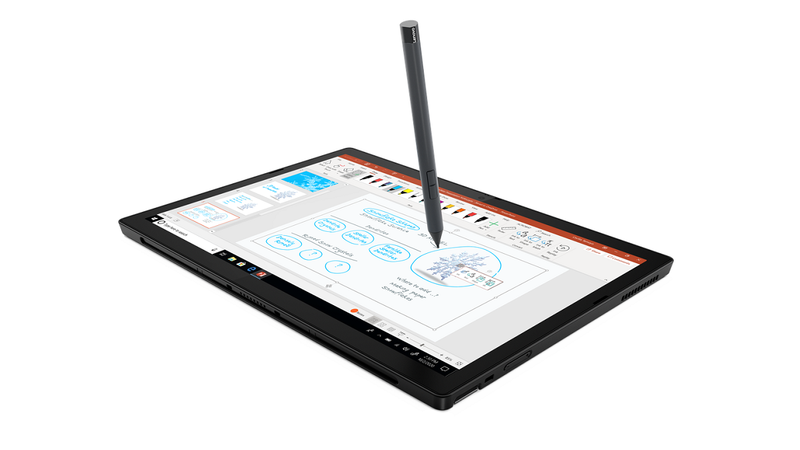 You’ll also notice a loop to store a stylus but the Lenovo Precision Magnetic Pen and Digital Pen are both optional extras. The Lenovo ThinkPad X12 Detachable is expected to be available from January 2021, starting at US$1,149.