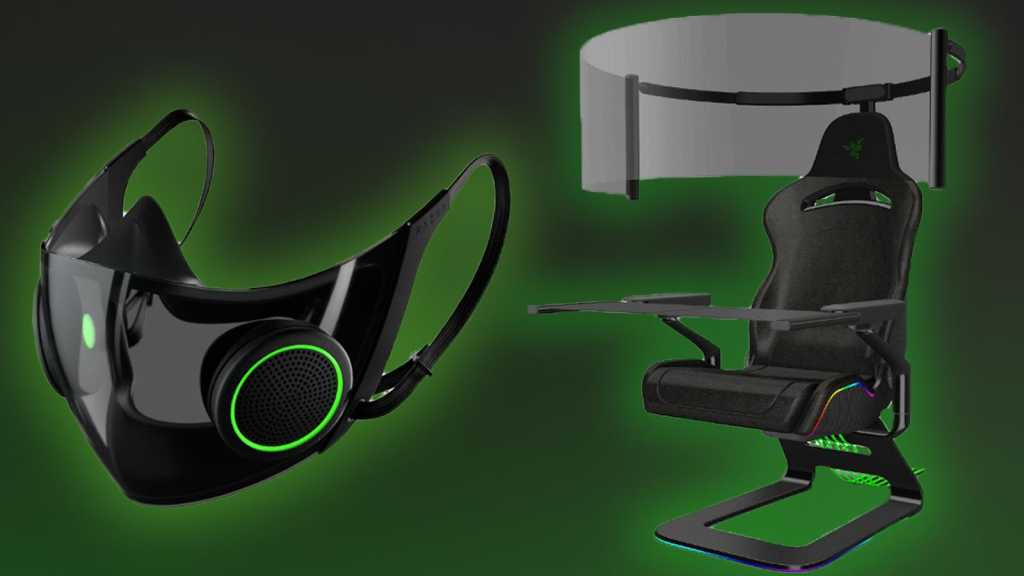 CES is the place for weird and wonderful tech, and Razer is a company with a reputation for taking that to the next level at the annual tech show. The company revealed the crazy three-screen laptop concept, dubbed Project Valkyrie, at CES 2016 and it might’ve come to market if the prototype hadn’t been stolen from the show. And you thought CES was all journalists and tech fans…

Well, it seems the company is keen to raise the stakes even further, revealing not one but two new outlandish projects at CES 2021 it’s currently working on – Project Brooklyn and Project Hazel. And let me tell you, you could sit there all day guessing what they are and still not get it right.

Let’s start with the one that, in my opinion, has more of a chance of actually making it to market: Project Hazel, aka the world’s smartest mask.

During the midst of the pandemic, Razer has converted some of its manufacturing facilities to produce face masks and has donated over 1 million to healthcare workers worldwide to date, but single-use masks aren’t very environmentally friendly, so the company has been working on a reusable alternative utilising some of its own technologies.

Project Hazel is a completely transparent reusable smart face mask that has some genuine innovation. Let’s start with safety, the obvious aspect: it has active ventilation with swappable filters, drawing fresh filtered air in and pushing warm air out, allowing you to breathe easily while still protecting yourself from COVID-19 and other airborne pathogens, and it has an N95 respirator rating too.

But, of course, the most noticeable element is its transparency, which will have huge social effects. Not only will you be able to smile and joke more naturally with friends, but it makes it easier for the more vulnerable in society to connect to others, and it’s a similar story for people that rely on lipreading for communication. 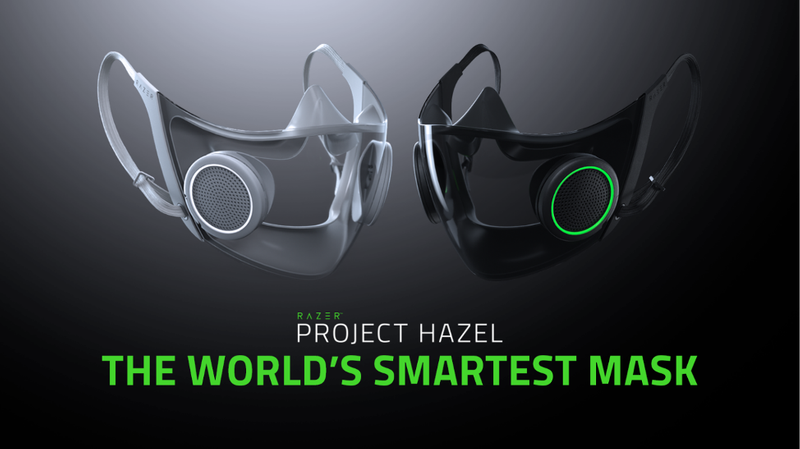 It doesn’t stop there though; there’s a small LED light near the mouth that’ll light it up in dim environments, and to make sure you’re heard clearly, the facemask actually employs Razer’s Voiceamp technology to remove the ventilation effect and help you communicate while wearing the mask.

Throw in other elements like adjustable ear straps, different designs to fit different face shapes, a wireless recharging case that’ll also sterilise the mask and customisable RGB lighting on the ventilation system (it’s Razer, what did you expect?) and you’ve got a truly Sci-fi face mask. There’s no word on when or even if it’ll launch, or how much it’ll cost, but Razer did confirm to Tech Advisor that there is a working prototype floating around… somewhere…

Then you’ve got Project Brooklyn, arguably the crazier of the two future-focused products, although that does mean it’s less likely to make an appearance two or three years down the line, but hey, I’m hopeful!

Razer dipped its toe into the world of gaming chairs with the release of the Iskur in 2020, and Project Brooklyn is the next evolution of that, offering a more immersive gaming experience than any gaming chair on the market right now. At a glance, you might think Project Brooklyn is just a standard gaming chair smattered with RGB lighting and a classic bucket seat design, but there’s way more to it than that. 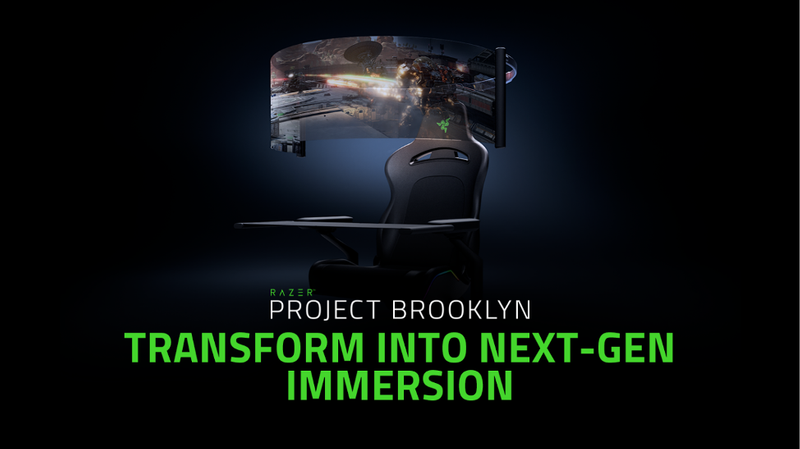 Like something straight out of Ready Player One, the chair has a rollable 60in OLED display that folds out of the backrest with the press of a button. Sitting at eye level and stretching from the left to the right of the chair, the rollable display is set to provide an immersive experience akin to high-end racing rigs, and it disappears right back into the chair when not in use.

It’s not the only innovation either; somehow, Razer has built a retractable table into the 4D armrests, allowing you to comfortably use your keyboard and mouse or even use it to store food or drink if you’re playing with a controller. You’ll also find built-in haptics like that found in Razer’s Nari Ultimate headset, allowing you to feel the sensation of explosions and gunfire in intense shooters.

Combine that with the rollable wraparound display and RGB lighting system that Razer claims could be directly connected to in-game events and you’ve got the blueprint for the high-end gaming chair of the future. No need for a desk or a display, simply plug it into your desktop, sit down and start playing. It’s safe to say that this one is likely quite some time away, but we hope that it’ll materialise in some form a few years down the road.

For something coming out a little sooner, take a look at Razer’s other big announcement, the release of the new Razer Blade 15.