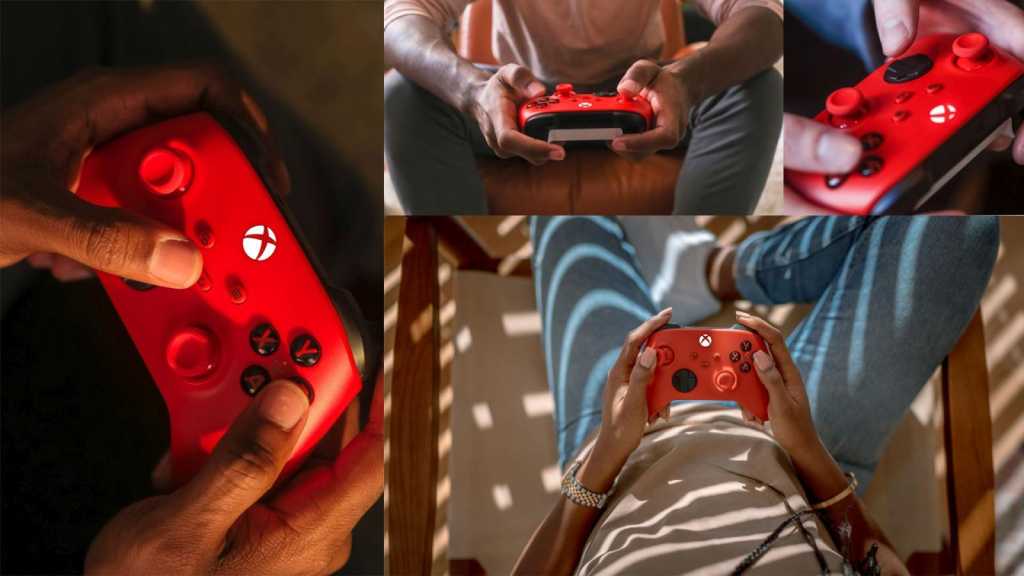 When the Xbox Series X and Xbox Series S launched back in November, the consoles shipped with a new controller. It doesn’t have the adaptive triggers or advanced haptics of the competing DualSense controller from Sony’s PS5, but the new Xbox wireless controller offers a refreshed, yet familiar design, with new textured grips – even on the triggers – and the inclusion of a new D-Pad that brings it more in-line with the high-end Xbox Elite controller.

The updated Xbox wireless controller was available in Carbon Black, Robot White and Shock Blue at launch, but let’s be honest, it’s a little lacklustre compared to the sheer number of designs available for the older Xbox One controller. That’s slowly changing, with Microsoft today announcing a new Pulse Red colour option for the new Xbox wireless controller, adding a pop of colour to an otherwise largely black console.

Sporting a vivid red case, black buttons with red accents and black triggers, the new colour option looks great, and Microsoft says it’ll be available to buy “in most Xbox markets” on 9 February 2020 at the standard £54.99/$64.99 RRP.

You can take a better look at the new controller in action here:

Both the Xbox Series X and Xbox Series S have proved popular with gamers, offering an upgraded gameplay experience and, in the case of the powerful Series X, incredible 4K@120fps performance.

With stock of both consoles still hard to come by in the UK, it can be difficult to get your hands on one – we cover where to buy an Xbox Series X/S in the UK separately for those still on the hunt.

Otherwise, we’d recommend taking a look at our selection of the best gaming headsets, best Xbox controllers and best Xbox games to make sure you’re getting the most out of your gaming experience.