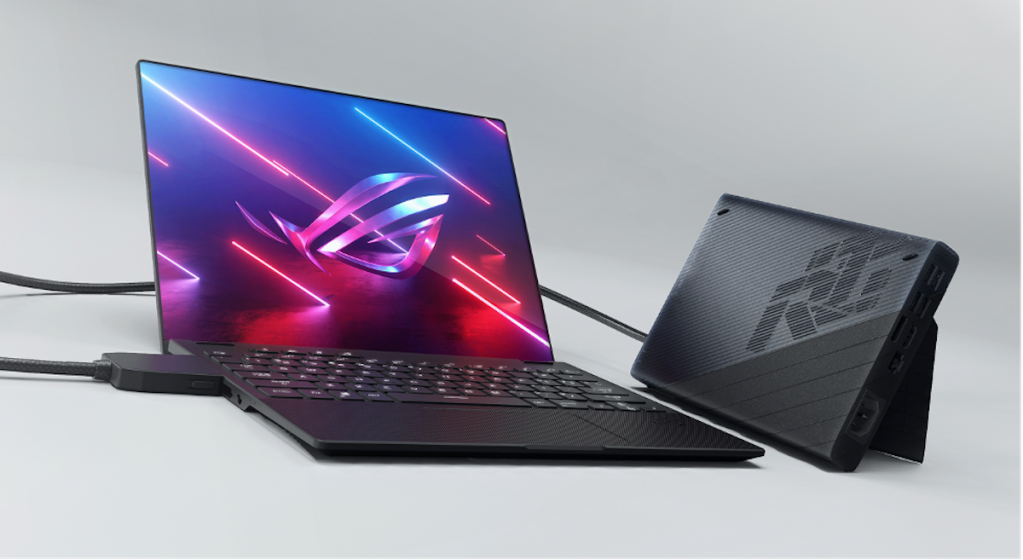 Asus took to the stage at the all-digital CES 2021 to unveil not only an upgraded ROG Zephyrus Duo 15, ROG Strix Scar 15 and ZenBook Duo, but the introduction of Asus’ first ultrathin 2-in-1 gaming laptop, the ROG Flow X13.

Offering a built-in discrete GPU and the option to hook up to one of the slickest eGPUs we’ve ever seen, the Flow X13 is a lightweight – but ultra-premium – gaming laptop that doesn’t skimp on performance.

The ROG Flow X13 sports a thin profile, measuring in at 15.75mm thick and an impressive 1.3kg.

That’s thanks in part to Asus’ decision to clad the ultraportable laptop in magnesium alloy, with a ripple-esque effect that covers not only the outer shell but the entire body of the laptop for a nice high-end look.

It’s still very much a gaming laptop though, complete with angular design, RGB-lit keyboard and ROG branding. What makes it interesting is that it features a 360-degree hinge, allowing you to use it as a standard laptop, or you can use it in either stand mode, tent mode – which also increases airflow during gaming sessions – or even tablet mode, complete with touch and stylus support.

When it comes to the Gorilla Glass-protected 16:10 13in display, you’ve got a choice between 1080p@120Hz or high-res 4K@60Hz. The former is great for gamers while the latter is tailored more towards creatives, but both have been Pantone Validated for great colour accuracy, and both support adaptive sync too. 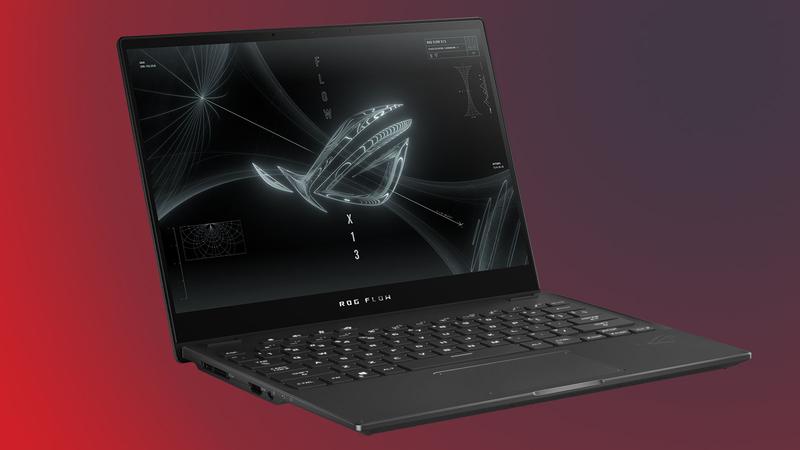 Of course, it’s what’s inside that counts, and Asus hasn’t skimped there either. You’ll get one of AMD’s latest Ryzen mobile processors alongside one of Nvidia’s latest RTX 30 Series mobile GPUs, both of which were also announced at CES 2021 earlier today.

That’s paired with up to 32GB of DDR4 RAM, up to 1TB of SSD storage and a range of connectivity options including USB-A, USB-C and HDMI ports and the latest Wi-Fi 6 too.

Asus hasn’t confirmed the CPU and GPU just yet, but we’ll update this section once we know more. Whatever the specifics are, Asus is confident that it’ll provide a great on-the-go gaming experience, claiming it’ll outdo its 2020 variant of Zephyrus G14 while offering a longer 11-hour battery life too.

One often overlooked area when it comes to gaming laptops is the charger; most come with a charging brick not much smaller than the laptop itself, making it hard to transport. That’s not the case with the ROG Flow X13’s 100W USB-C PD charger, with a comparatively tiny charging brick that’ll easily fit into a rucksack or bag, and it’ll provide 60% charge in as little as 39 minutes too.

That’s impressive, but it’s only when paired with the new XG Mobile eGPU that the laptop truly shines. The on-board power is more than enough for gaming on the go, but what if you want to hook it up to a 4K display? Or multiple displays? The built-in GPU can power 4K resolution, but running AAA games at a consistent 60fps might prove a little too demanding. That’s where the eGPU comes into play. 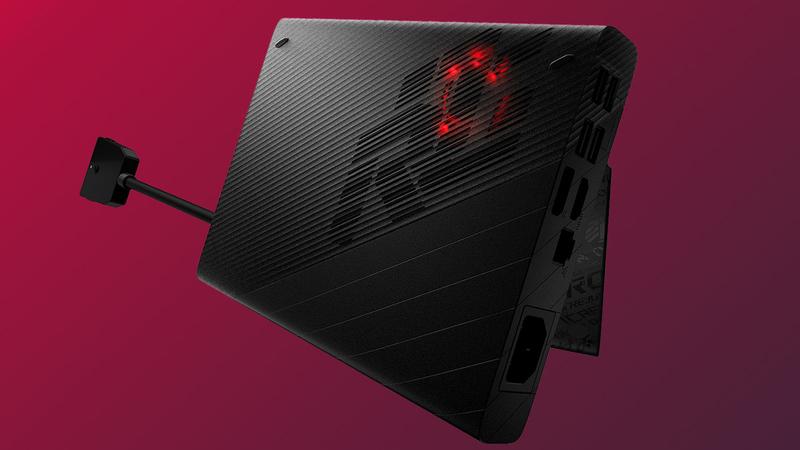 The new eGPU sports a proprietary connector that Asus claims is faster than Thunderbolt 3, allowing for higher bandwidth and thus better graphics performance than competing eGPUs. The eGPU is connected to a 280W power adaptor, allowing it to not only power the eGPU but the Flow X13 too, and there’s a bevvy of ports on the eGPU – including more HDMI ports – allowing you to quickly connect the laptop for a desktop-level gaming experience.

Like the Flow X13, the new eGPU is much smaller and lighter than existing options on the market, coming in at 1kg and 155 x 208 x 29mm, and uses vapour cooling to pack in a full-wattage Nvidia RTX 30 series mobile GPU.

Even if you want to chuck it into your laptop bag for the extra power, the combination of eGPU and Flow X13 totals 2.3kg – lighter than some gaming laptops alone.

The XG Mobile eGPU won’t come with the laptop by default, but Asus is looking into bundle options ahead of release. There’s no solid UK pricing or release date for either the X13 Flow or XG Mobile eGPU available right now, but Asus has said on multiple occasions that it’s ultra-premium, so adjust expectations accordingly.

You may also be interested in the new ZenBook Duo, the other big announcement from Asus’ CES press conference.