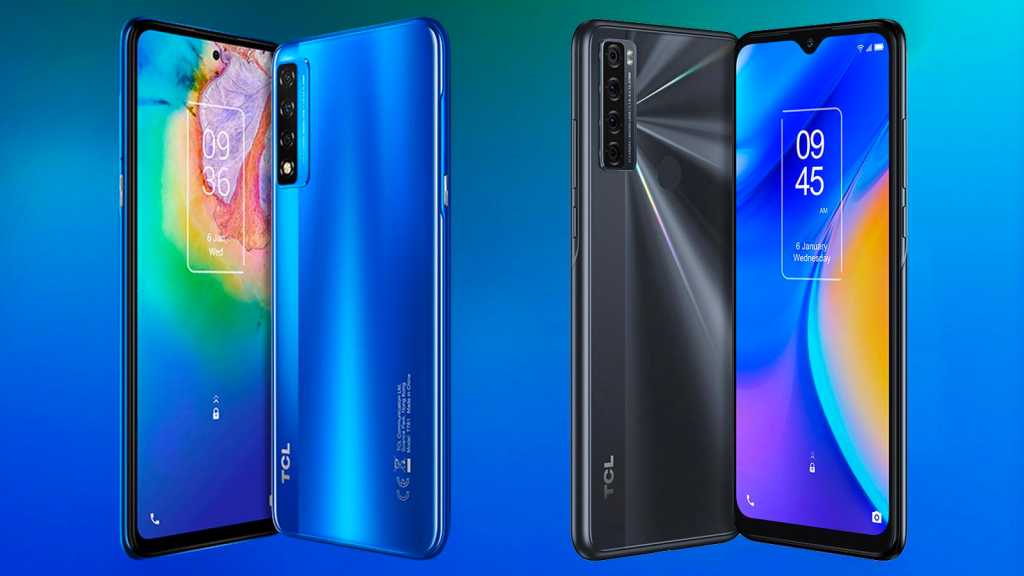 TCL’s 2021 CES press conference featured tablets, headphones and, most importantly, a new lineup for smartphones to choose from, in the TCL 20 Series.

While the company showcased five devices as part of the 20 Series’ official debut, two are ready for prime time a little sooner than their launch siblings, in the TCL 20 5G and the TCL 20 SE.

While TCL has steered the rudder for both Alcatel and BlackBerry-branded phones in the past, it wasn’t until last year that we first met the company’s own-brand Android smartphones. The TCL 10 Series focused on affordability while also prioritising a pleasing display experience and versatile camera setups, and much of that approach is present across 2021’s TCL 20 Series.

While the company’s 11 January CES 2021 keynote serves as the official unveiling of the TCL 20 Series, the company did technically announce one member of the lineup – the TCL 20 5G – exclusively in Italy, at the tail end of 2020.

The phone is a more modest follow-up to last year’s Snapdragon 765G-powered TCL 10 5G. It instead relies on a Snapdragon 690 5G-capable SoC, sports and 6.67in HDR10-compatible display and a triple rear camera setup, fronted by an AI-supported 48Mp main sensor, accompanied by an 8Mp ultrawide snapper and a 2Mp macro camera.

Perhaps, most interestingly of all, this will now serve as TCL’s most affordable 5G phone yet, with international pricing promised at €299 and existing Italian pricing cited as €299.90 (approximately £270/US$365).

The TCL 20 SE is slated as the 20 Series’ ‘Entertainment Beast’, fronted by a huge 6.82in notched display that totes a 90% screen-to-body ratio, set against a slender 20.5:9 aspect ratio.

As with the 20 5G, the SE showcases the company’s NXTVISION 2.0 technology; with SDR to HDR upscaling, dual front-facing stereo speakers, paired with Hi-Res audio support and a whopping 5000mAh battery to keep the phone running for longer.

Affordability again takes precedence here, with the TCL 20 SE being the company’s most affordable phone to date, outright – costing €149.

TCL hasn’t set a specific release date of either of these initial launches (outside of Italy) but does suggest they’ll be launching within the next few weeks.

Everything else TCL Mobility announced at CES 2021

The TCL 20 Pro 5G, TCL 20 L and TCL 20 S were also teased, although we’re unsure about specs, pricing or release as these devices aren’t quite as ready for their debut as the 20 5G and 20 SE.

In addition to the 20 Series, TCL also announced a new pair of true wireless headphones in the TCL MoveAudio S600s, which feature Google Assistant and Google Fast Pair support, three microphones per bud, which they use for active noise cancellation, a transparency mode, 22 hours of use per charge between the buds and case, and a price tag of €149 when they launch in February.

The TCL Tab 10S is aimed at students and comes with the company’s T-pen stylus and supports an additional magnetic keyboard cover for enhanced productivity, costing €199 for WiFi-only model or €249 for the 4G LTE model when it launches in March.

The TCL NXTPAPER – the company’s colour Kindle alternative powered by Android and shown off last year during IFA 2020 now has a price and release date, coming to select markets from April this year, starting at €349.

One of the more out-there products of TCL’s 2021 CES showcase is its new TCL MoveTrack pet tracker, which features integrated GPS to allow for real-time location tracking of your furry friend.

The E-badge/QR code on the outside lets those who might find your pet scan and notify you that they’ve been located, while it MoveTrack also offers activity tracking data, IP67 dust and water resistance, up to 14 days battery life and support for customisable cases. It’ll cost €99 when it launches in April.

Much like the NXTPAPER, TCL is also turning its conceptual TCL Wearable Display into a purchasable product, promising Full HD visuals from its dual micro OLED displays, which can simulate up to a 140in image. 3D content is also supported and, while there’s no set date for their release, they are slated to be ‘coming soon’.