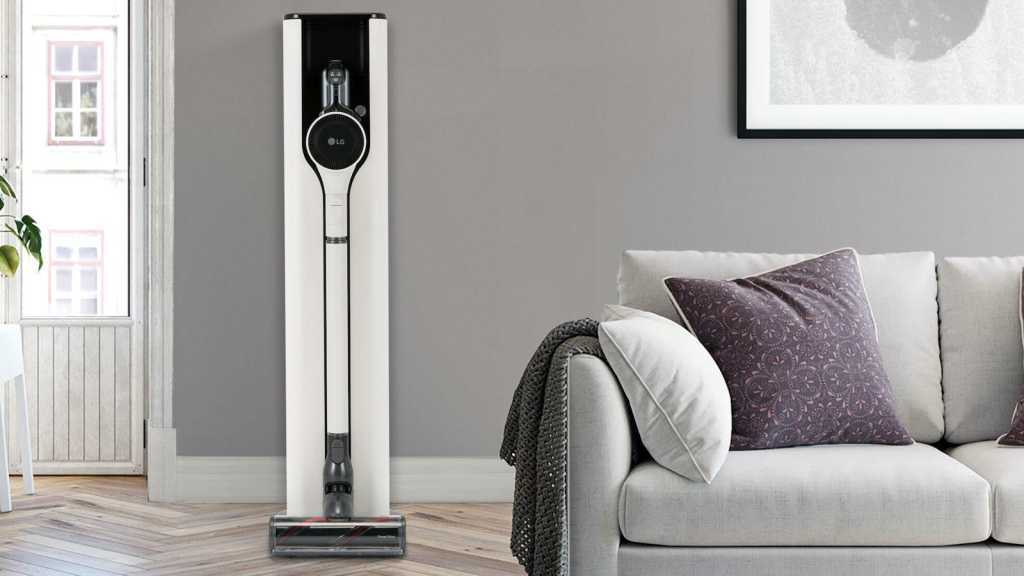 In days gone by, you’d just call your vacuum cleaner Henry or Hetty and be done with it. But now, in the end times, when children are called things like X Æ A-12, you need to go for something more elaborate. Like CordZeroThinQ A9, perhaps. And that is exactly what LG did.

However, what LG lacks in the art of punchy nomenclature, it makes up for in ultra-lazy tech innovation. Because the key feature of the CordZeroThinQ A9 is that, when placed back in its charging dock, its bin is automatically emptied.

We’ve seen something similar – although not quite as joined-up – with Samsung’s Powerstick Jet. The vacuum cleaner can be used in conjunction with the Clean Station, which is, essentially, a suction bin.

When you’ve finished vacuuming, you stick the Powerstick Jet in the top of the Clean Station and the dust is sucked out and collected in a large bag inside. This makes it a good option for people who want a bagless cleaner but who don’t want to deal with the inevitable dust cloud in the face when emptying it into an open kitchen bin. The suction means that dust is removed very efficiently as well, so there’s no need to poke around to dislodge bits.

(The Clean Station also glows blue and sounds like a jet engine while it’s at work. This is either cool, or not cool, depending on how you feel about that sort of thing.)

But hang on there, because once you’ve emptied your Powerstick Jet, you then have to place it back on its stand and plug it in to charge, wasting valuable seconds of your life which could be spent coming up with better names for vacuum cleaners.

To be fair, it is more than possible to just dock your vac and forget to charge it. Some vacuum cleaners, like the Roidmi X30 Pro, come with a handy little magnetic charging dock. It’s a small disc that you attach to the wall, which charges your vac automatically when you dock it. But not all brands have combined docks and chargers, although that seems like it should be a thing.

The LG CordZeroThinQ A9, however, docks, charges and empties automatically. The dock also has space for the vac’s six nozzles and accessories. This is another plus as, unless you are an extremely organised person, vacuum cleaner attachments just get left in a box in a cupboard and are too much hassle to retrieve, leaving you trying to vacuum the curtains with a floor attachment.

From what we can see of the CordZeroThinQ A9 and stand (the only picture released so far is the one above), it’s nicely designed, and complete with touchscreen controls, but it’s a mighty bit of kit. You’ll need a chunk of dedicated space to store it.

It also comes with a Power Mop attachment, for swabbing down hard floors.

There’s no word on the price yet but the existing LG CordZero A9 vacuum cleaner costs $599 in the US and we can’t imagine that the UK price will be less than the combined cost of the competing Samsung Powerstick Jet (which has an RRP of £599) plus the Clean Station (£199). More details should emerge on 11 January.