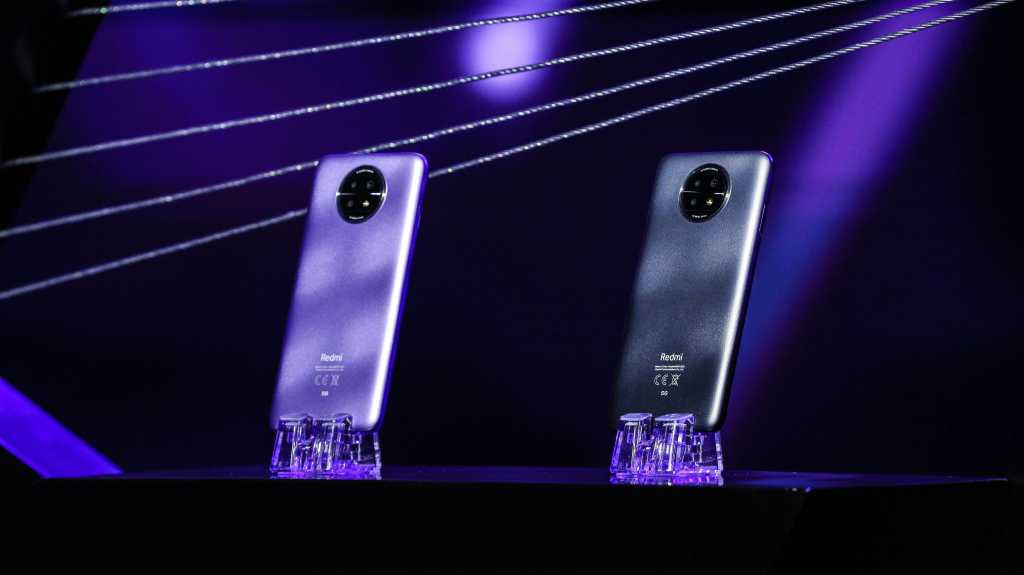 Xiaomi has unveiled the Redmi Note 9T, and it might end up as the UK’s cheapest 5G phone yet, based on the European early bird price of just €199.

That’s only an early offer for the phone’s cheaper SKU – with 4GB RAM and 64GB storage – with the price settling at €229 after the offer period ends. A 4/128GB model runs surprisingly steeper at €249 during the early bird period, and will then cost €269 – a step up in price from the £199 that last year’s Redmi Note 9 cost for the same storage.

Beyond offering 5G, the Note 9T is a fairly middling budget offering on paper. Powered by the MediaTek Dimensity 800U, it has a 6.5in LCD screen at 60Hz, a 48Mp rear camera (backed by 2Mp macro and depth sensors) and a 13Mp selfie camera. The large 5000mAh battery is welcome though, together with 18W fast charging.

If you don’t mind settling for a 4G connection, the cheaper Redmi 9T (no Note – this is a follow-up to the Redmi 9) actually looks like it might be the better buy.

It packs a Qualcomm chipset – the Snapdragon 662 – and an even larger 6000mAh battery with the same 18W charging. The display and core camera setup are the same, though it also boasts an 8Mp ultrawide option – though in turn the selfie shooter drops down to match at 8Mp.

With prices starting from just €159 for a 4/64GB model (rising if you want to add more storage or NFC) it’s even more aggressively priced, and more than its 5G sibling this looks like the new phone most unlikely to unseat the Poco X3 from the top of our best budget phone ranking.

Alongside the two new phones, Xiaomi also unveiled two smart home products. The €59 Mi 360 Home Security Camera 2K Pro is exactly what it sounds like, while the €49 Mi Smart Clock is a mini smart display powered by the Google Assistant, and a welcome rival to the similar Lenovo Smart Clock and Echo Show 5.

We’re still waiting for UK release dates and pricing for the new Xiaomi products, but expect them to appear on Mi.com and Amazon soon, with British pricing likely to be just as aggressive as the European numbers.