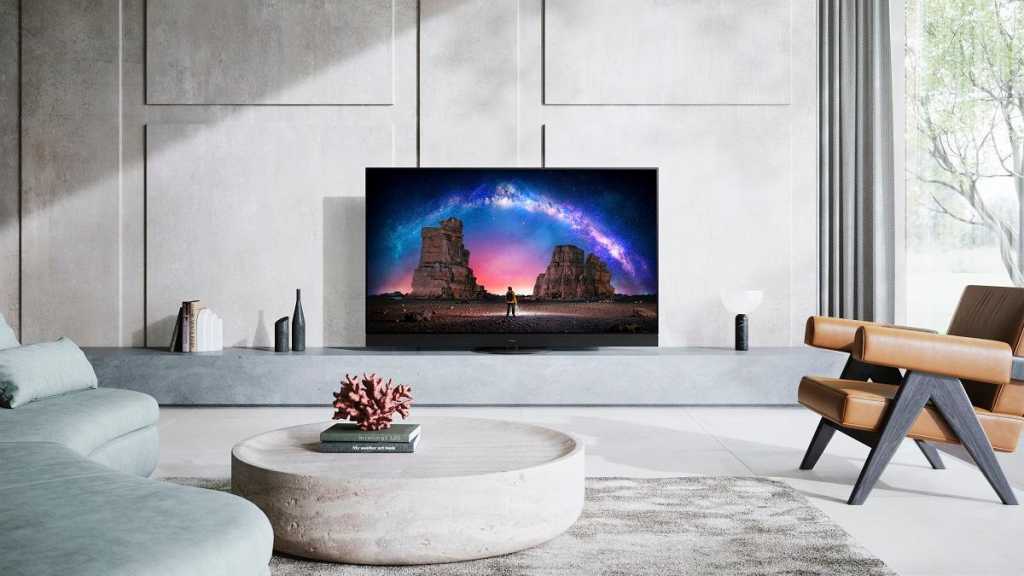 January means CES and CES means new TVs and Panasonic has unveiled the flagship JZ2000. An OLED set which will take on rivals with wide HDR support and fancy film and gaming features rather than new technology such as Mini-LED.

While rivals such as Samsung and LG have announced Mini-LED ranges for 2021 and Sony has gone down the cognitive processor and Google TV route in the Bravia XR series, Panasonic has unveiled just one TV.

Panasonic says a new HXC Pro AI Processor uses AI to automatically tweak the image and sound depending on what you’re watching. Great news if you can’t be bothered to fiddle with the settings or don’t actually know how to.

There’s also wide HDR support with Dolby Vision IQ, Dolby Vision, Filmmaker Mode with Intelligent Sensing, HLG Photo along with an HDR10+ Adaptive feature. This adapts the HDR content bases on the lighting conditions where the TV, and you, are sitting.

Sound hasn’t been forgotten about as the JZ2000 comes fitted with upward-firing speakers, front-firing speakers and a subwoofer. Panasonic says the “’Tuned by Technics’ 125W sound system delivers a truly immersive Dolby Atmos experience with a spatial soundstage and powerful bass.”

So there should be no need for a soundbar, then.

Of course, there are some features of the JZ2000 that match rivals as it seems basically all 2021 TVs are getting HDMI 2.1, the standard you need to play next-gen consoles like the PS5 and Xbox Series X at 120Hz.

The firm does say that thanks to the HCX Pro AI Processor, the set is able to significantly reduce input lag when gaming offering amongst the very lowest figures for an OLED TV.

The Panasonic JZ2000 will arrive in ‘Early Summer’ according to the firm in 55- and 65in sizes. Full specs and price will be announced in March but we expect it to be around £2,000 going by the HZ1000.

Check out our  chart of the best TVs.