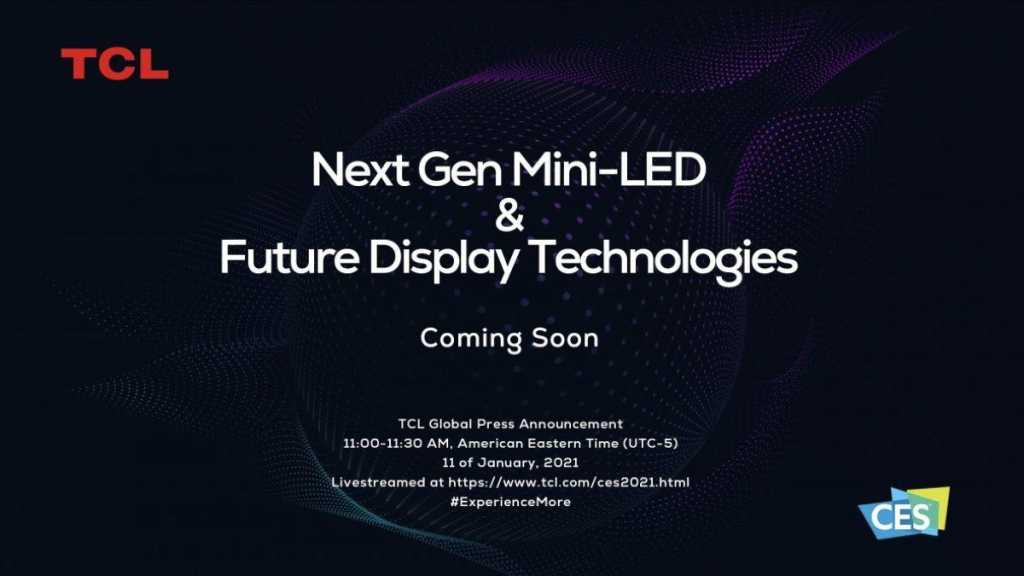 CES is the biggest tech show of the year, but it’s looking a little different in 2021. That’s due to the coronavirus pandemic, which has made big gatherings a no-go in most countries around the world.

The organisers didn’t want to cancel the event outright, so in July announced that CES would be shifting to an all-digital experience. New products will still be unveiled in Las Vegas, but the live audience will be replaced with live stream viewers from around the world.

Among the most high-profile brands set to make an appearance is TCL. The Chinese company has built a strong reputation for TVs in recent years, but is also known for its audio equipment and has even dabbled in mobile technology.

When is the TCL CES 2021 press conference?

TCL has announced that it will be holding a press conference on Monday 11 January – that’s the first day of CES 2021. It will take place at 8am in Las Vegas (4pm UK time).

How to watch the TCL CES 2021 press conference

As is mentioned in the image above, the press conference will be available to watch from tcl.com/ces2021. That page just redirects to the TCL homepage at the time of writing, so we’ll update this article once there’s a stream link that works.

It may also be available to watch after registering for CES, but unless you’re a member of the media or an industry professional that won’t be possible.

TCL typically focuses primarily on TVs at its CES press conference, and we don’t expect that to be any different this year.

Judging from the promotional image, it’s highly likely that the company will announce its first TVs with MiniLED. This new technology is expected to be able to provide OLED-grade display quality at a much more affordable price point. It’s also hope that MiniLED will avoid the screen burn-in issues that affect some TVs. Specific models aren’t yet known, but it’s not the only manufacturer to embrace the technology – Samsung has already announced its first MiniLED TV.

TCL may still launch a flagship QLED TV or two, which works in much the same way to OLED. We might see some new soundbars, while there could also be a successor to the TCL 10 Pro on the mobile side.