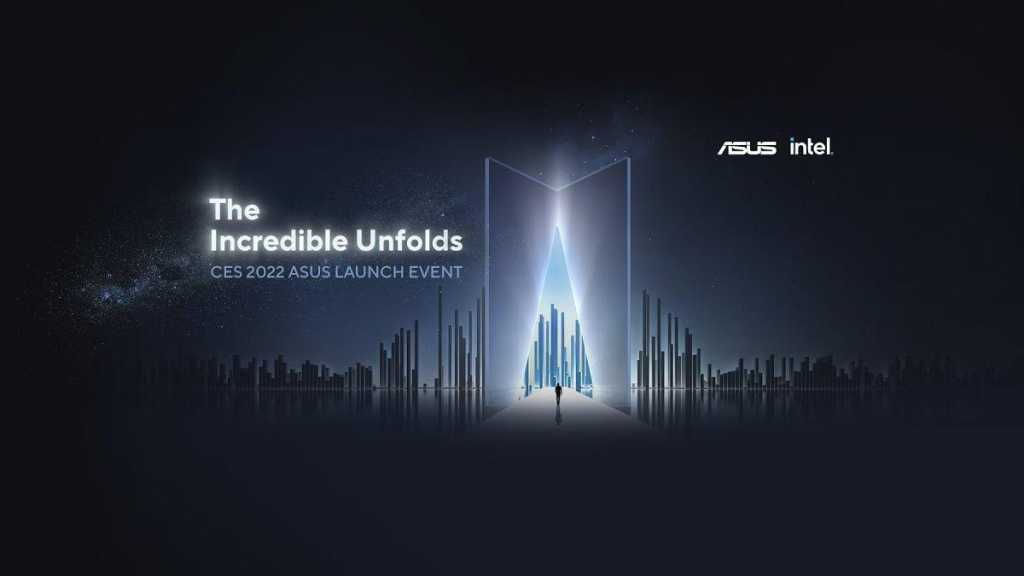 As has been the case since 1967, CES is kicking off the calendar year in style, with a host of new tech products being announced. After the 2021 edition went all-digital due to the pandemic, the Consumer Technology Association are adopting a hybrid model this time around.

Plenty of people are expected in-person in Las Vegas, but lots more will be tuning in virtually. Asus has already announced several new additions to its ROG range of gaming hardware, including new Zephyrus & Strix laptops and the Flow X13 tablet.

Its live event today is therefore expected to focus on mainstream PCs, with the title of the event suggesting we’ll see at least one new foldable. Here’s everything you need to know.

When is the Asus CES 2022 press conference?

How to watch the Asus CES 2022 press conference

Asus’ CES press conference will be live streamed on YouTube, and the video is available to watch above. If you’d prefer, you can also head straight to the site to watch for yourself.

At CES 2022, Asus has taken the increasingly common decision to announce some new hardware before its official keynote. This year, it’s the gamer-focused ROG range, with highlights including a new 16in model of the Zephyrus Duo laptop and new gaming tablet in the Flow X13.

Today’s event is likely to focus more on consumers, with updates to several of Asus’ mainstream PCs expected to be announced. But identifying specific models that will be updated still proves difficult, given the volume of new hardware Asus announces ever year.

However, the title of the event – ‘The Incredible Unfolds’, suggests foldable devices will be its main focus. Asus has released 2-in-1s with 360-degree hinges in the past, but it looks like the company will be announcing at least one device with a folding display. A 21-second trailer for the event hints at a space theme, but doesn’t give much away.

Other new entries in the ZenBook and VivoBook ranges are also likely. There’s a chance we’ll see new productivity-focused monitors, desktops or other accessories too, but one product we’re not expecting is the ROG Phone 6. Asus usually launches its flagship phones later in the year, with a new one not expected until May 2022.

The only way to know for sure is to tune into Asus’ press conference on 5 January.