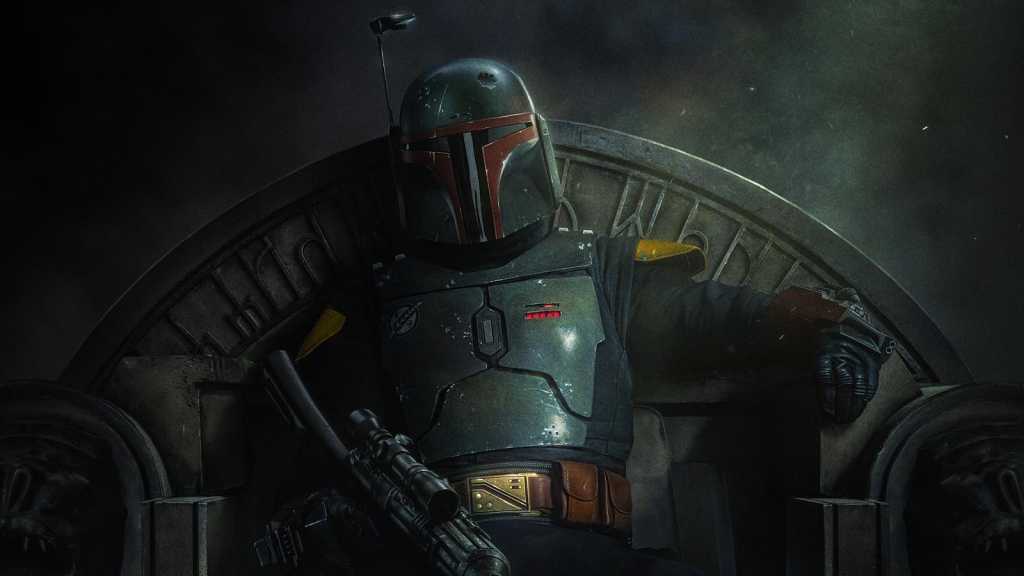 The Book of Boba Fett is centred on the bounty hunter, Boba Fett, and his companion in combat, Fennec Shand. The two sought to rule Jabba’s former empire with respect but faced many challenges along the way.

All of the episodes in season one have now aired on Disney+. The question is, will Boba be back for more?

We’ve done some investigating to give you everything you need to know. You can also check out all the Star Wars shows and films that are now available on Disney Plus.

From here on out, there will be spoilers for The Book of Boba Fett season one and The Mandalorian season two

Will there be a second season of The Book of Boba Fett?

So far, Disney hasn’t confirmed whether there will be another season of The Book of Boba Fett.

In the summer of 2021, star Temuera Morrison was asked about the possibility of a second season by the Daily Express and he stated, “I think they’ll [Lucasfilm/Disney] have to consider some things… The tree is still growing.​ They’ll probably want to test the waters first, there’s been no talk about it”.

This was months before the show debuted of course, so things could have changed since then.

There’s been a mixed reception to the show, with most people enjoying episodes five, six and seven, which heavily relied on characters from The Mandalorian such as Din Djarin and Grogu, as well as guest appearances from fan favourites Luke Skywalker and Ahsoka.

If Boba Fett does return, it seems more likely that he will feature as a cameo in other shows such as The Mandalorian season three.

On the other hand, The Boba Fett Fan Club Twitter account obtained an image that shows crew members were given a sticker with ‘season 1’ on it. Some are wondering if this implies that we may have more of the show to come.

On top of this, there was a possible leaked posted for season 2 in Spain back in July, leading fans to speculate that the series may be confirmed in D23 in September:

When would season two of The Book of Boba Fett release?

It’s hard to predict a release date for season two, as currently the show isn’t confirmed to return.

We already have Obi-Wan Kenobi, season three of The Mandalorian, Rangers of the New Republic, Ahsoka and Andor on the way.

Therefore, we likely wouldn’t see The Book of Boba Fett season two until 2023 at the very earliest.

Who will be in The Book of Boba Fett season two?

If The Book of Boba Fett does return, it will surely see Temuera Morrison in the titular role of Boba Fett once again. We’ll also likely see the return of Ming-Na Wen as sniper Fennec Shand.

Other possible characters that could appear include Pedro Pascal as Din Djarin/The Mandalorian, Matt Berry as 8D8 and Carey Jones as Krrsantan.

We also assume that Jon Favreau, Dave Filoni and Kathleen Kennedy will all be back on the producing front.

What would the plot of The Book of Boba Fett season two be about?

In the final episode, Boba and Fennec successfully held off the Pyke Syndicate and Cad Bane from Mos Espa, with the help of The Mandalorian, Baby Yoda, the people of Freetown and the street gang led by Drash. Boba has cemented his status as the crime boss of Tatooine, just as he intended.

After the two are praised for defending the settlement, Boba tells Fennec  “We are not suited for this,”, and Fennec replies, “If not us, then who?”.

The two then converse with Krrsantan and the street gang, which could imply that Boba and Fennec will leave Mos Espa in their hands and move on to other things.

The ending doesn’t give much away, and this is why there’s a lot of speculation over whether the show will return at all.

There could be people out there who will want to enact revenge on Boba for the events that happened during the battle. Perhaps someone out there may want to avenge the death of Cad Bane?

Star of the show Morrison also revealed to IMDb that Boba will want payback on Mace Windu (Samuel L Jackson) for killing his father.

Whilst Mace is meant to be dead, the series brought back Boba Fett, so we could see Disney doing the same for another popular character.

Speaking of which, the post-credits scene revealed that Cobb Vanth (Timothy Olyphant) did not die at the hands of Cad Bane after all, and is instead healing in Boba’s Bacta Tank. Therefore, we could see him back to assist Boba in more missions around Tatooine.

How to watch The Book of Boba Fett

You can sign up for Disney Plus now on the website. You can also check out how to get Disney+ completely for free.