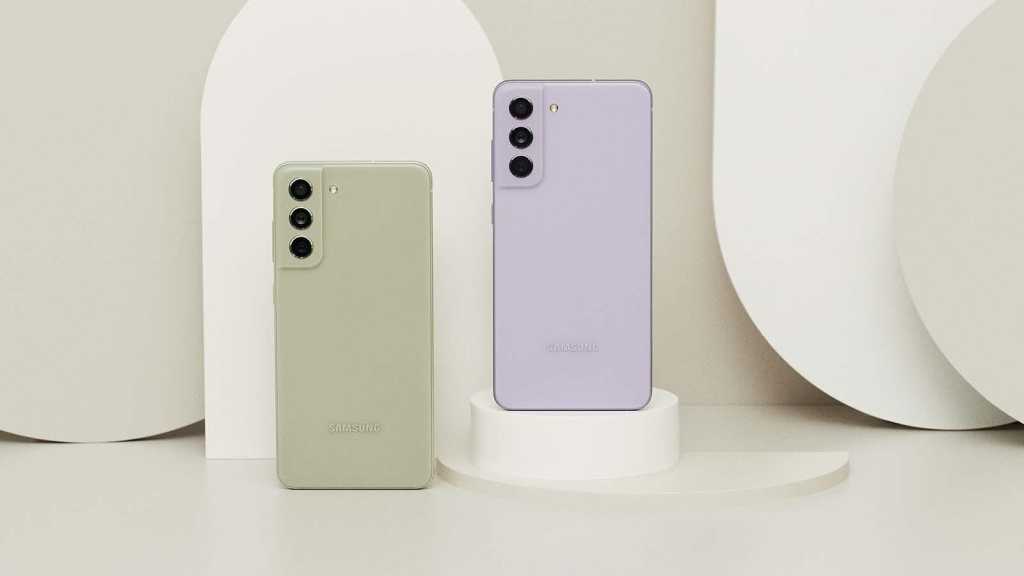 The Samsung Galaxy S21 FE has a pretty good case for being the most delayed – and subsequently most leaked – phone of the pandemic, having finally launched half a year late and with every spec leaked months earlier.

Once expected to launch in August, the phone then slipped back to October. Then word arrived from leakers that the S21 FE had been cancelled outright – before fresh rumours confirmed it would launch after all in 2022. And so it has, with Samsung unveiling the phone at CES 2022, and ready to sell it this month.

If you’ve been keeping an eye on the new FE, then here’s everything you need to know about the phone – or go ahead and read our Galaxy S21 FE review to find out exactly what we think of it.

When will the Samsung Galaxy S21 FE be released?

Samsung finally revealed the S21 FE at CES in early January, and the phone is on sale now.

It’s soon to be followed by the Galaxy S22, potentially alongside the Galaxy Tab S8.

The S21 FE launch looks to have been much delayed, after a turbulent few months for the phone.

Early leaks had predicted an August launch for the phone, but that clearly didn’t happen. We did get an August Galaxy Unpacked event, but we only saw the launch of the Galaxy Z Fold 3, Galaxy Z Flip 3, Galaxy Watch 4, and Galaxy Buds 2.

It looks most likely that Samsung was aiming for August, but had to change its plans thanks to the worldwide chip shortage. Later reports from South Korea claimed that Samsung had planned and then cancelled an October event. Similarly to August, we did get a Galaxy Unpacked on 20 October, but only to unveil new customisable colours for the Z Flip 3.

How much does the Galaxy S21 FE cost?

While some fans had hoped for a price cut compared to the S20 FE – especially given the latest model’s long-delayed launch – Samsung has instead kept pricing almost exactly the same.

You can buy the S21 FE right now from Samsung, Amazon, and most other big tech retailers.

What are the Samsung S21 FE specs and design?

Like the S20 FE before it, the S21 FE is a distillation of the design and specs of the main S21 flagship, attempting to offer most of what that phone did for a little less money.

The design clearly follows in the footsteps of the existing S21 line but sees the contour cut camera bump rise out of the ‘glasstic’ back, rather than the metal frame – as on the other entries in the S21 series. It also now comes in colours to match the phone’s body, rather than contrast against them – with white, graphite, olive, and lavender versions of the phone available at launch.

The 6.4in display sits in between the S21 and S21+ in terms of size, as does the phone as a whole. It’s still slim at 7.9mm though, and weighs just 177g – making it still a fairly compact smartphone.

It also boasts an IP68 water-resistance rating, so should remain fairly durable.

As you’d expect, that display is still a Full HD+ AMOLED, and still packs a 120Hz refresh rate, so there’s really no massive compromise here compared to buying the S21.

In terms of chipset it’s powered by the Qualcomm Snapdragon 888 in some markets (including the US) with Samsung’s own Exynos 2100 in India and some other markets beyond that. You might have been hoping it would feature the new Snapdragon 8 Gen 1 chip, the 888’s successor, but the phone was in the works long before the 8 Gen 1 would have been available.

The camera should also impress. On the front there’s be a 32Mp selfie camera – surprisingly, the highest resolution sensor in the phone.

The main rear camera is a 12Mp, f/1.8 sensor with Dual Pixel Auto-Focus and OIS – a camera which looks to have been borrowed from the regular S21.

Finally, this is also the first Samsung phone to ship with Android 12 out of the box, with Samsung’s latest One UI 4 software skin running on top – and will thus offer upgrades all the way through to Android 15.

If you want to know more about the phone, we also reviewed the S21 FE on an episode of our weekly podcast Fast Charge, which you can watch right here: