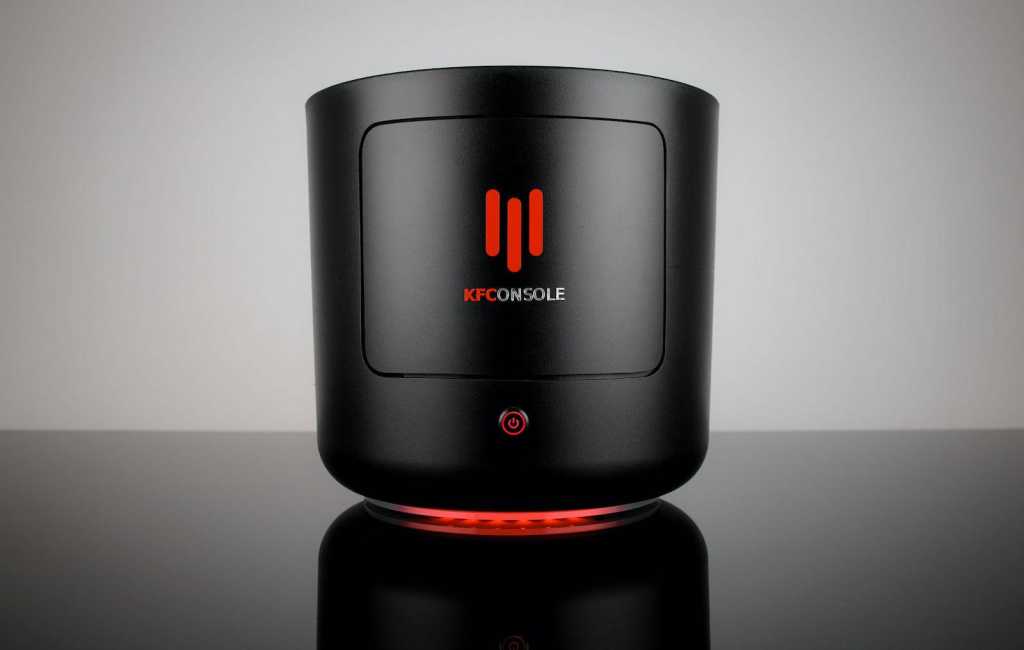 These are deeply weird times and there may be no better sign of that than the now almost certain launch of the KFConsole.

One day, an unlucky member of our society may be standing before a galactic tribunal trying to explain what this game-playing-bucket-slash-dead-bird-warmer is all about and when that day comes, I say: good luck, friend.

In an effort to help that person, these are the facts as they currently stand.

Way back in June (or as you may know it, The Month Of Baking Banana Bread), the KFConsole was teased. Unsurprisingly, people were sceptical, our powers of parsing reality having been progressively weakened by the events of the year.

It wasn’t helped by the fact that the teaser ad for the console looked like a gag.

However, it turns out that the KFConsole has a lot in common with many current events, in that it seemed like a joke at first but now it appears to be real, and we’re all just going to have to deal with that.

Part of the confusion came from the fact that people thought there was a chicken grill attached to the gaming console – because that, of course, would be madness.

Instead, the ‘genius’ (and I think you’ll agree that certain world leaders have encouraged us to use that word much more loosely than in days of yore) of the KFConsole is that it will keep your delivery food warm while you game.

Part of the reason we must believe in the KFConsole – quite apart from our collective desire to release ourselves from the misery-inducing grip of reality – is that information about its build has now been released.

It’s being made in partnership with PC hardware manufacturer Cooler Master. Details are thin on the ground but according to the Cooler Master product page, the KFConsole will feature an Intel Nuc 9 extreme compute element, ASUS powered graphics, a hot-swappable GPU slot and two Seagate BarraCuda 1TB SSDs.

It’ll allow gameplay in up to 240fps, with support for 420Hz output on a 4K display and it looks as though it’ll also support ray tracing.

It will, of course, also feature a “Chicken Chamber”, which uses “the system’s natural heat and airflow system” to keep your (pre-cooked) chicken warm. All of this means you should be able to console yourself with hot chicken wings as you negotiate Cyberpunk’s bugs.

Intel rep Mark Walton released details on Twitter earlier, including a link to all the product information from Cooler Master.

There’s currently no information on pricing, release date or availability. Will it really launch? If it does, could it possibly be more than a gimmick? In either case, I’m probably going to scrap my plans for a handheld gaming rotisserie. The moment has passed.