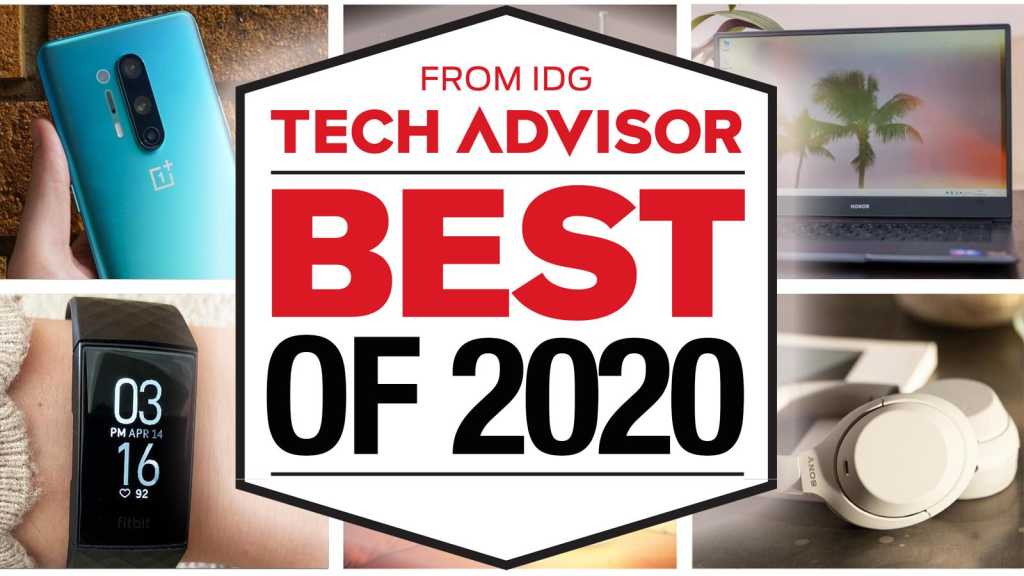 2020 has been a brutal year, but it hasn’t stopped manufacturers from launching new devices. We’ve been able to continue reviewing those devices, albeit from our homes rather than the office, and there have been some truly outstanding products that have impressed us this year.

Choosing just one phone or one laptop to be the team’s favourite isn’t an easy task though, but the 10 products below have been unanimously voted the best of their type.

From the best wearable to the best appliance, these are the ten best tech devices of the year. 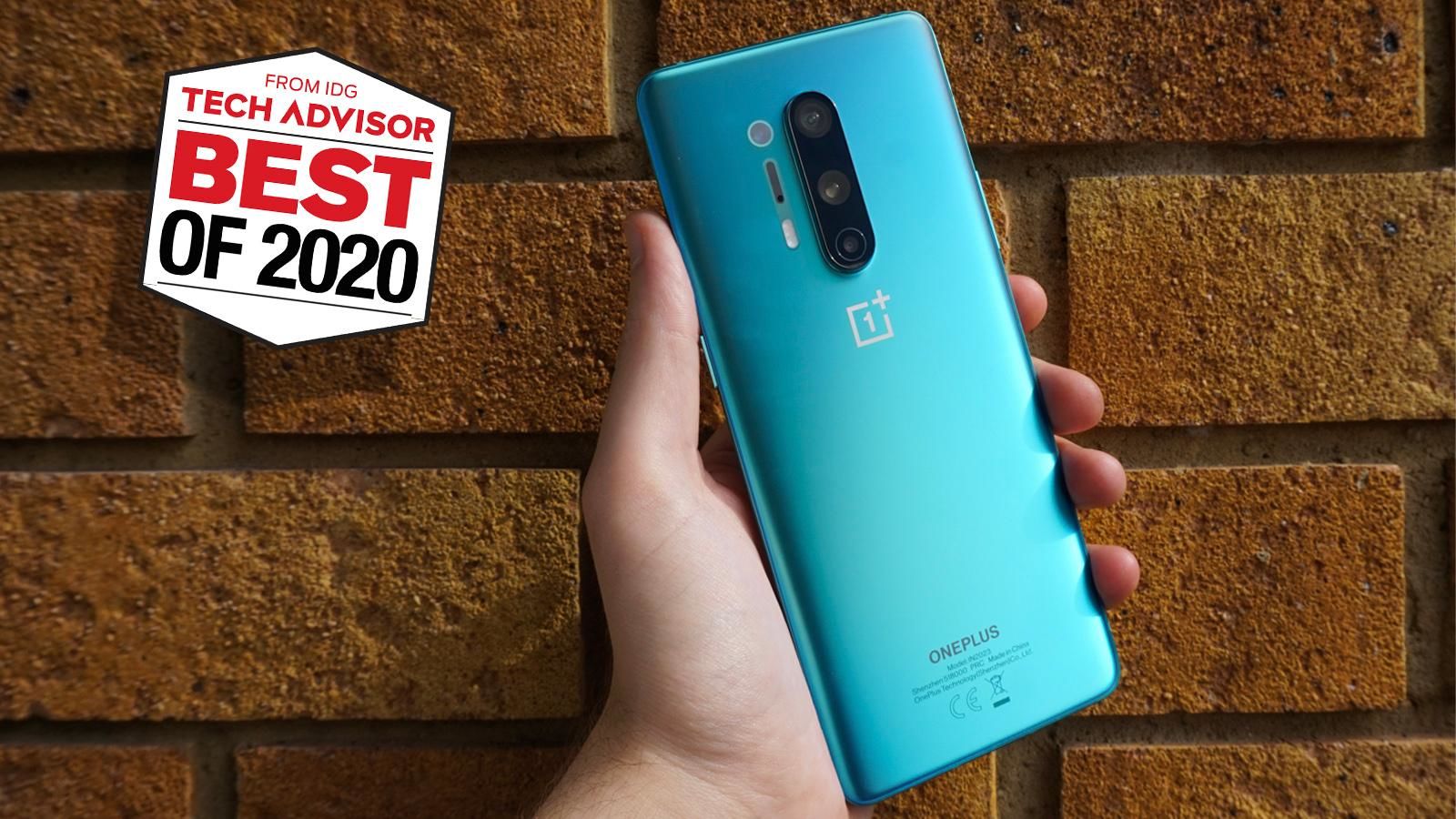 Building the best smartphone is a balancing act – one that gets more difficult to pull off as you move from budget, to mid-range, to flagship.

The OnePlus 8 Pro might not be the outright best in any one particular area, but it manages to do practically everything to such a high standard all while undercutting phones that are several hundred more expensive without any real compromise.

It has a gorgeous 120Hz display, fast wireless charging, great cameras  (including the X-ray camera), IP68 water and dust resistance, 5G and great performance to boot. 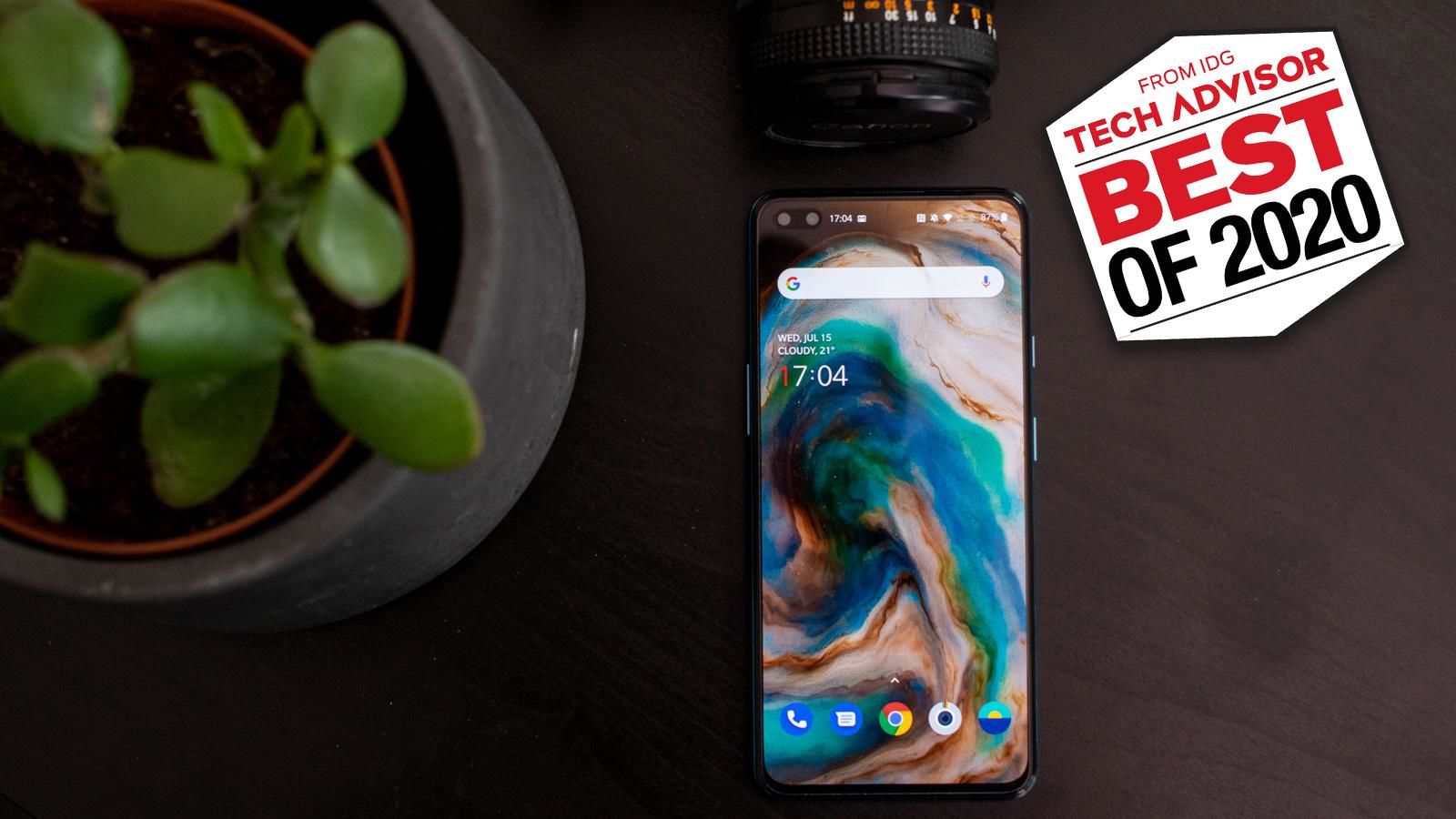 The OnePlus 8 Pro is something of a bargain if you’re after a flagship phone, but the Nord applies the same recipe to the mid-range, offering surprisingly good specs for not much money.

In fact, no-one could really argue that the OnePlus Nord is anything other than a tour de force of affordable phone design.

It has a premium feel, a great 90Hz display, 5G and a Snapdragon 765G processor, and OnePlus’s trademark polished Android software experience is still the best in the business.

Really, it makes almost every other phone launched in 2020 look like bad value. 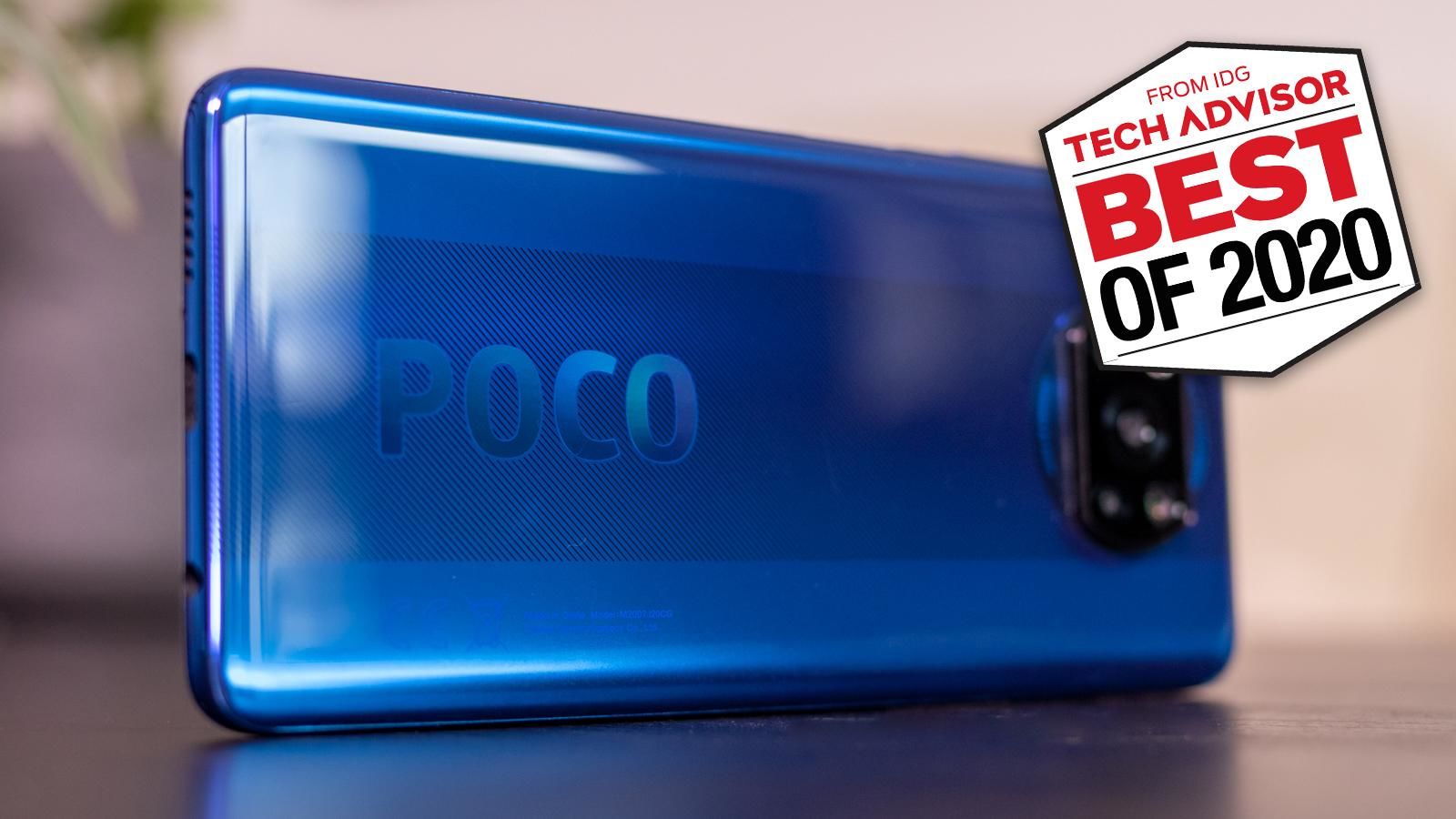 For those on a tighter budget, the Poco X3 is the phone to go for. Starting under £200, you’d be forgiven for thinking the 120Hz screen was a typo. But the surprises continue with a quad-camera setup that isn’t rubbish (far from it) and a 7-series Snapdragon processor powering it all.

The one niggle is that Xiaomi’s Android skin isn’t the best, and you might take exception with the design of the phone’s rear. But if you’re looking for sheer value, you’ll not find better: the Poco X3’s battery has enough juice to last two days on average.

Laptop of the Year: Honor MagicBook 14 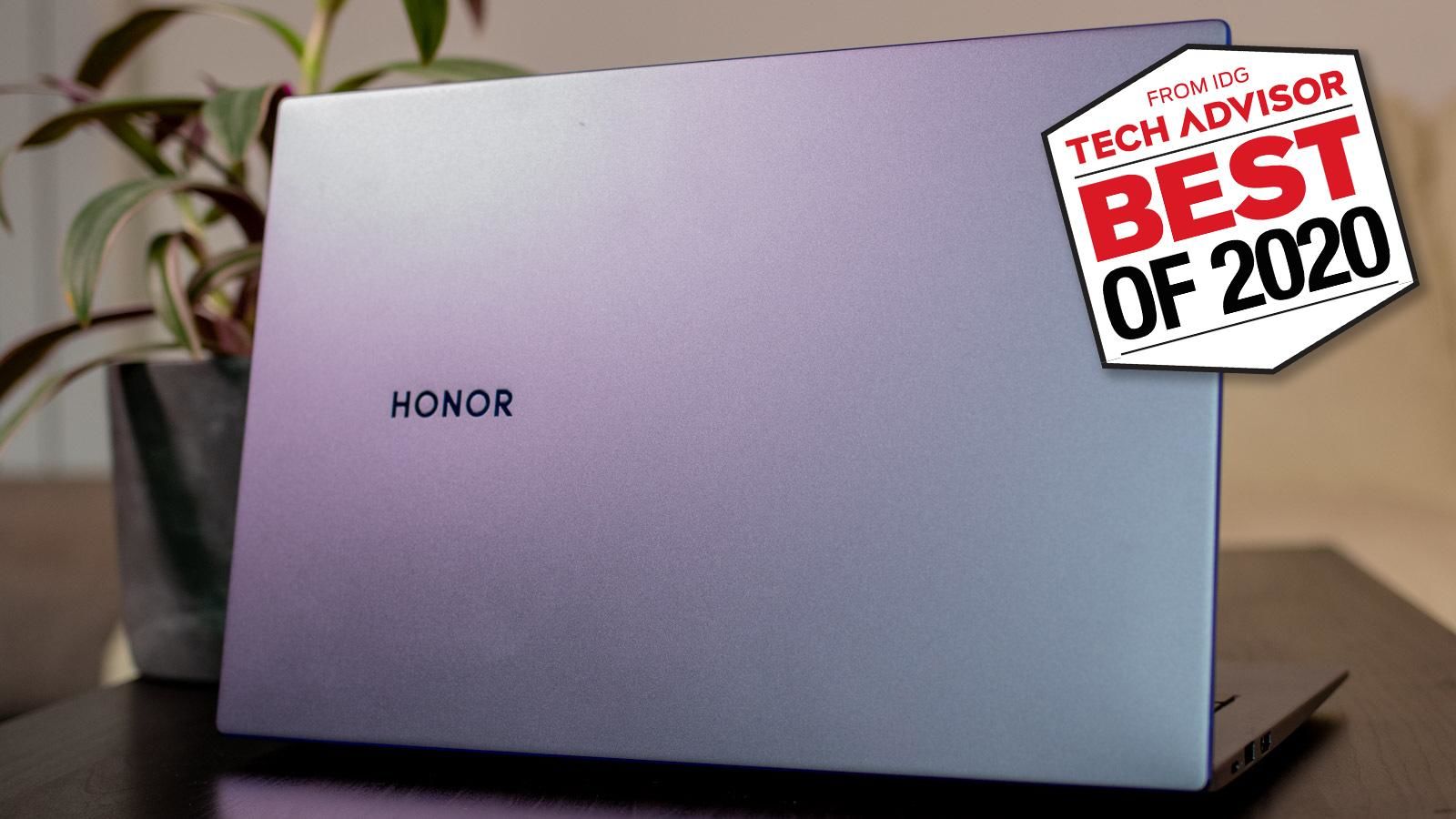 Picking our favourite laptop wasn’t at all easy, but value again won out. Sure, there are better-equipped, more powerful options out there than the MagicBook 14. But for a sensible price, it does everything most people need from a laptop, and with a bit of style too.

Honor isn’t well known in laptop circles, but that’s because 2020 was the first year it made any. It’s much better known for it’s great-value phones, but has used experience from former parent company Huawei to produce impressive Windows machines out of the gate.

The aluminium chassis makes it lightweight but sturdy, and it has a decent 14in Full HD screen. Most useful of all, the battery lasts all day: over 13 hours in our tests. Yet performance isn’t completely sacrificed: an AMD Ryzen 4500U is paired with a sensible 8GB of RAM and there’s 256GB or 512GB of SSD storage.

Tablet of the Year: iPad Air 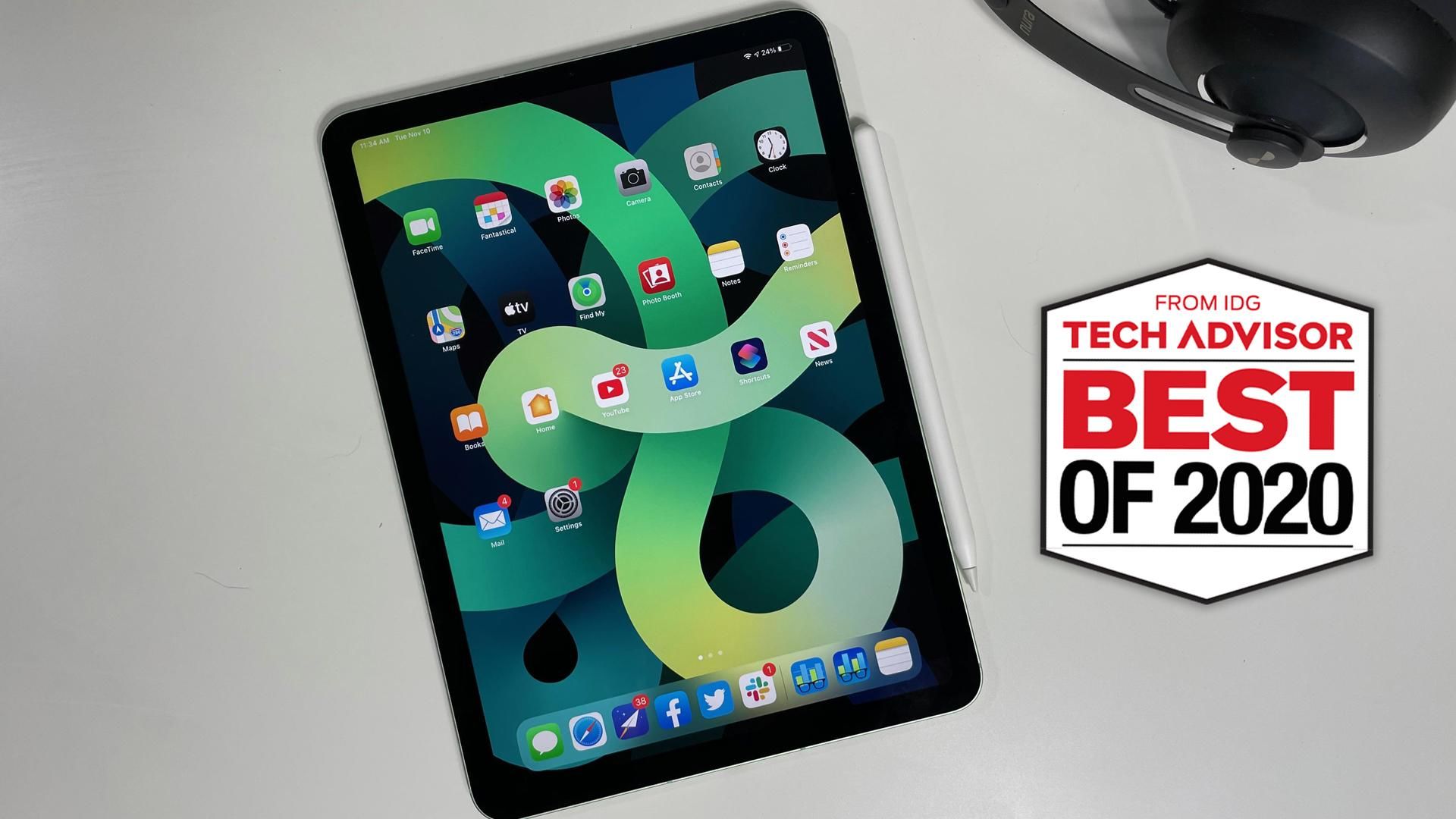 Apple’s fourth-generation iPad Air has had  a complete redesign, ditching the ageing look of its predecessor for more modern lines which match the more expensive iPad Pro.

The home button is gone, the screen bezel is slimmer,  both allowing for a bigger, 10.9in screen. It also comes in a range of vibrant colours that make it anything but boring and predictable.

Better still, it’s compatible with the Magic Keyboard and second-gen Apple Pencil making it a whole lot more useful without emptying your wallet.

Performance is very good, if not Pro-level, and there’s no 120Hz screen. But at this price, those compromises are more than acceptable and there are really no other tablets that come close to challenging the iPad Air for tablet of the year 2020.

Wearable of the Year: Fitbit Charge 4 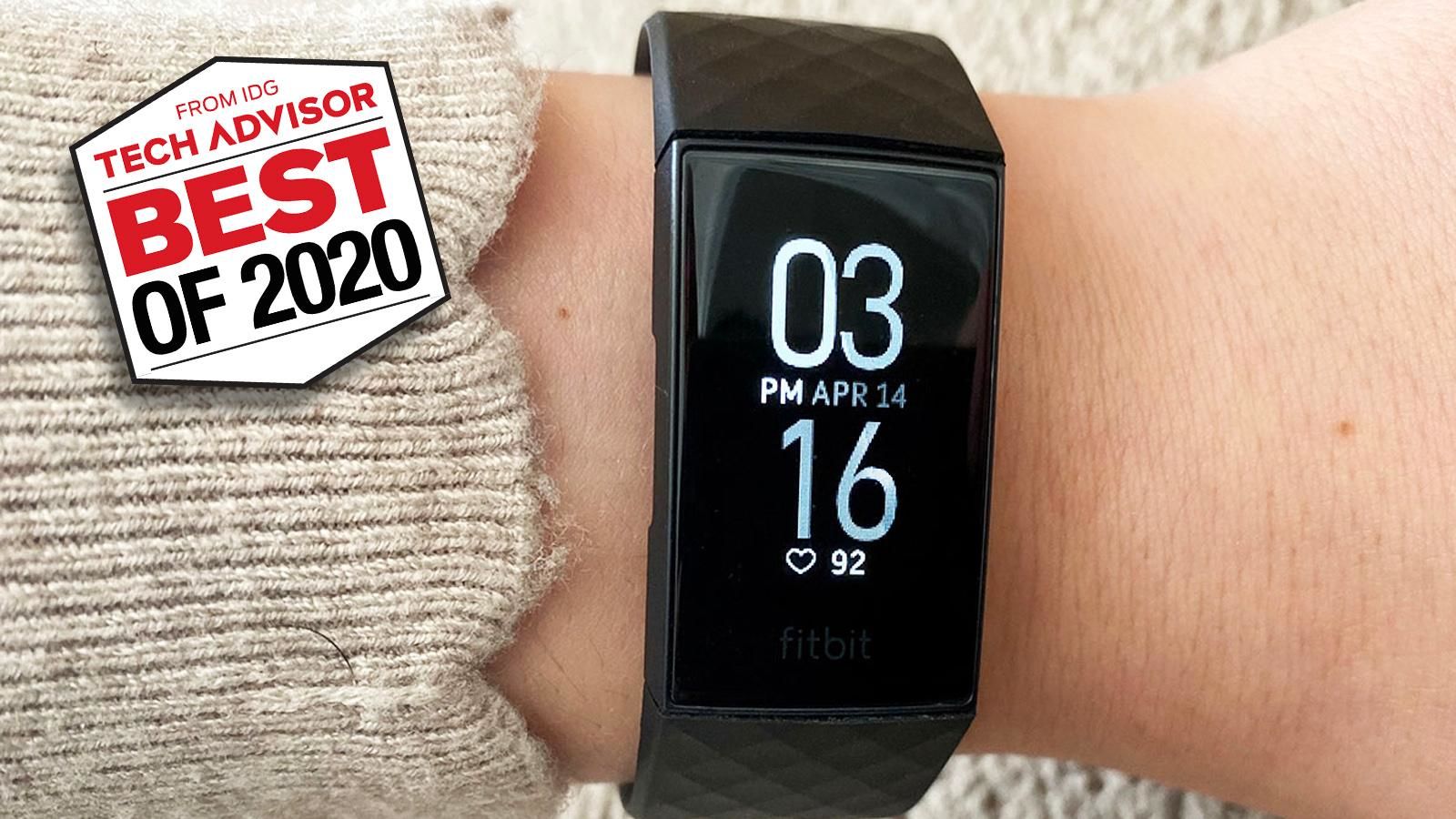 If you expected the Apple Watch 6 to win this award, you might be surprised by our choice for this year’s best wearable tech.

One of the Charge 4’s headline features is integrated GPS and while you pay a premium for its presence, this is one of the few trackers (i.e. not smartwatches) to offer such functionality and put it to such good use.

The Fitbit Charge 4 also introduced Active Zone Minutes as a new metric – a personalised fitness challenge that counts any and all activities which push your heart rate up – awarding points in return and making for a great new motivator.

It also has Spotify Connect & Control – meaning changing tracks or pausing your tunes is even less of a hassle mid-workout.

Fitbit’s great companion app and the overall user experience is the other highlight, offering an impressive amount of insight into your workouts, accompanied by a finesse that’s hard to find from a lot of the more affordable offerings out there. 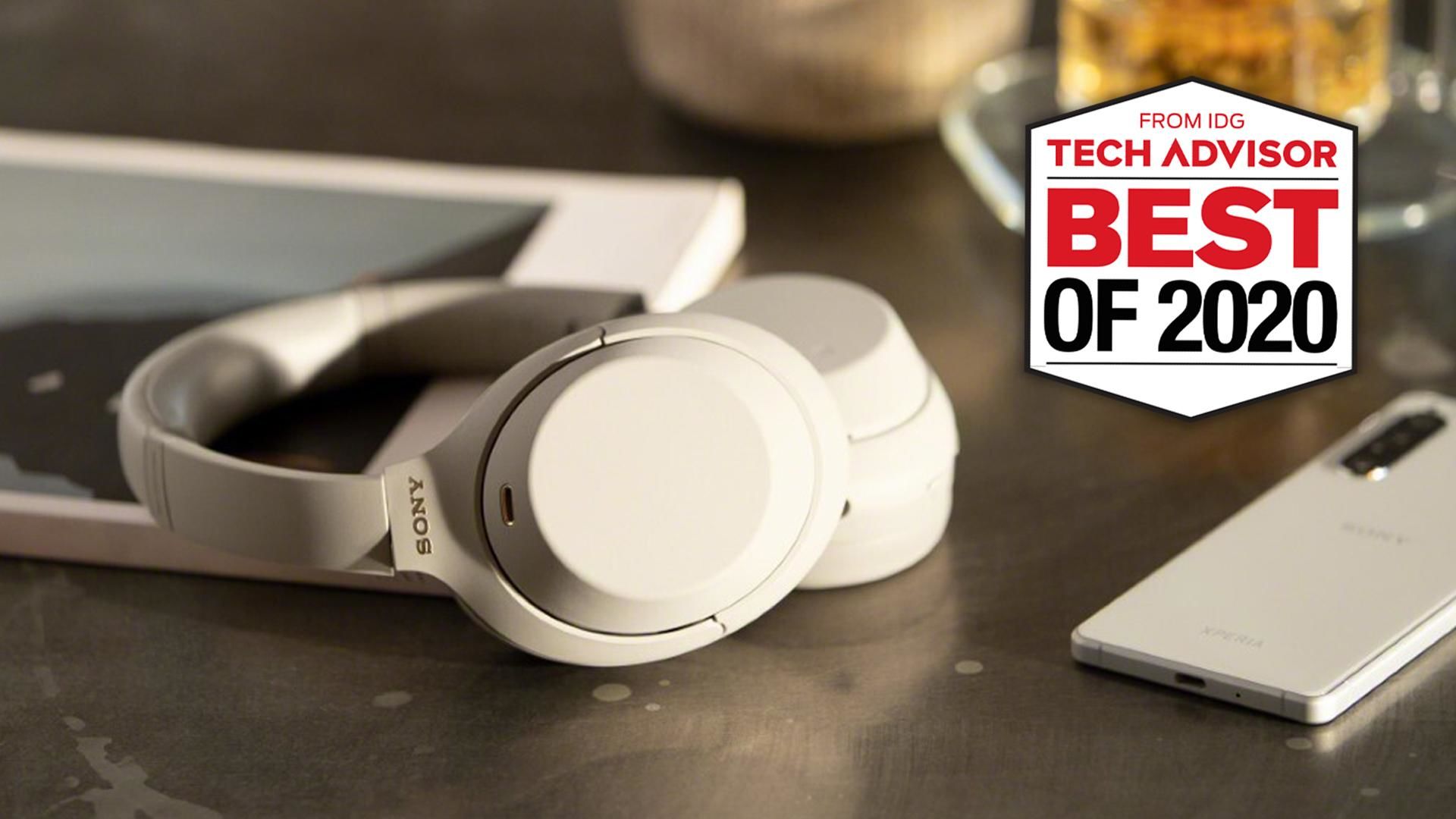 Audio is another category that’s so wide-reaching that it’s almost impossible to pick just one product as the best.

And while Sony needs a more user-friendly naming system, it has done a sterling job yet again by improving the active noise cancelling (ANC) of the XM3. This means that despite the fact that the XM4s don’t add a huge amount to the XM3s, it’s tricky to make already best-in-class headphones even better.

Sound quality is a given, then, but there’s also a bunch of new AI smart features starting with Adaptive Sound Control, which can automatically change your settings based on where you are such as at home or the office.

TV of the Year: Samsung Q80T 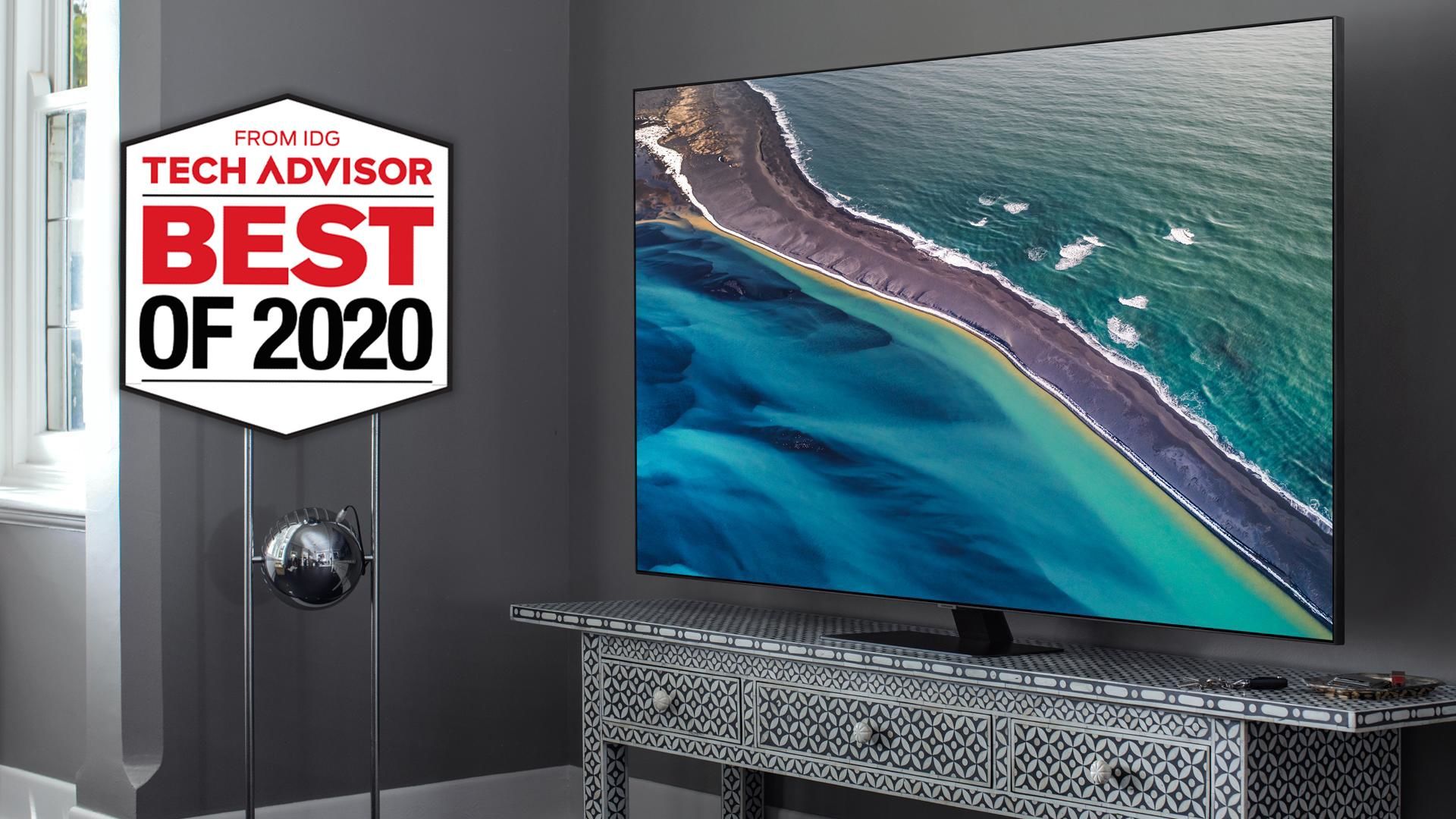 Samsung TVs have been a popular choice for a long time with the firm’s signature mix of style, quality hardware and easy-to-use interface. There are loads of models to choose from but we felt the Q80T hit that sweet spot.

It isn’t the cheapest option in Samsung’s QLED range, but the Q80T is the cheapest model with FALD (Full Array Local Dimming). It’s also packed with other desirable tech specs such as decent HDR support, punchy brightness, and support for 4K @120fps for next-gen consoles like the PS5 and Xbox Series X.

Images look stunning from just about any source, and Samsung’s Tizen smart platform gives you so many streaming options you might not need a separate box or dongle such as a Fire TV. 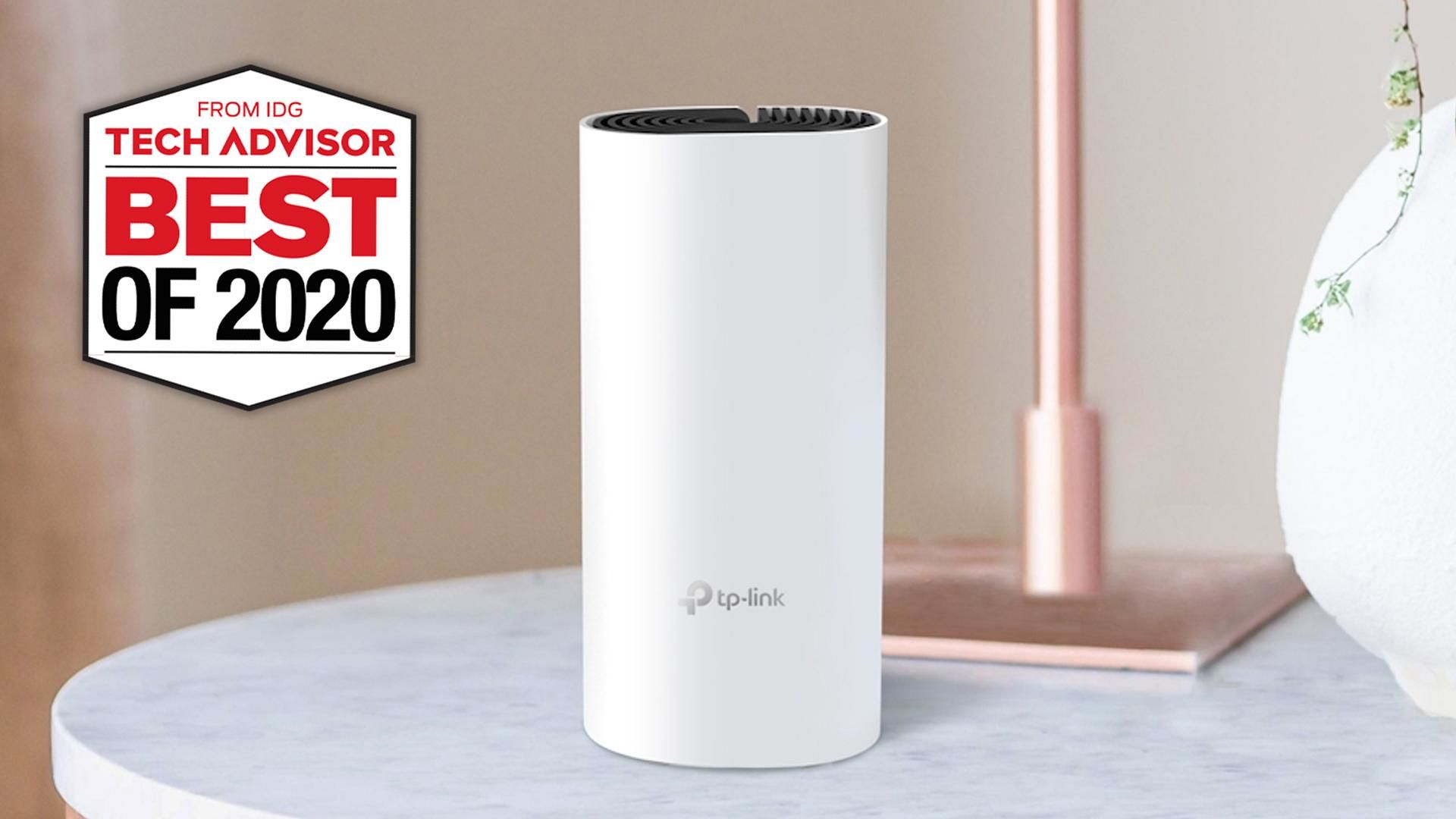 We could have picked something sexier for this category, but the entire team felt it was entirely appropriate to consider mesh Wi-Fi systems considering 2020 was a year when millions around the world shifted from working in an office to working from home and needed a fast, reliable internet connection.

What separates the Deco P9 from a sea of mesh Wi-Fi systems is the fact that it doesn’t just rely on Wi-Fi for each of the unit to communicate with each other. Instead it uses a combination of wireless and powerline technologies, which means the Deco P9 doesn’t have to deal with issues like thick walls and other obstacles mentioned earlier because it can send data between the access points using your home’s mains wiring.

Add great performance and features such as a guest Wi-Fi network, parental controls and well-designed companion apps for iOS and Android and it’s a deserving winner. 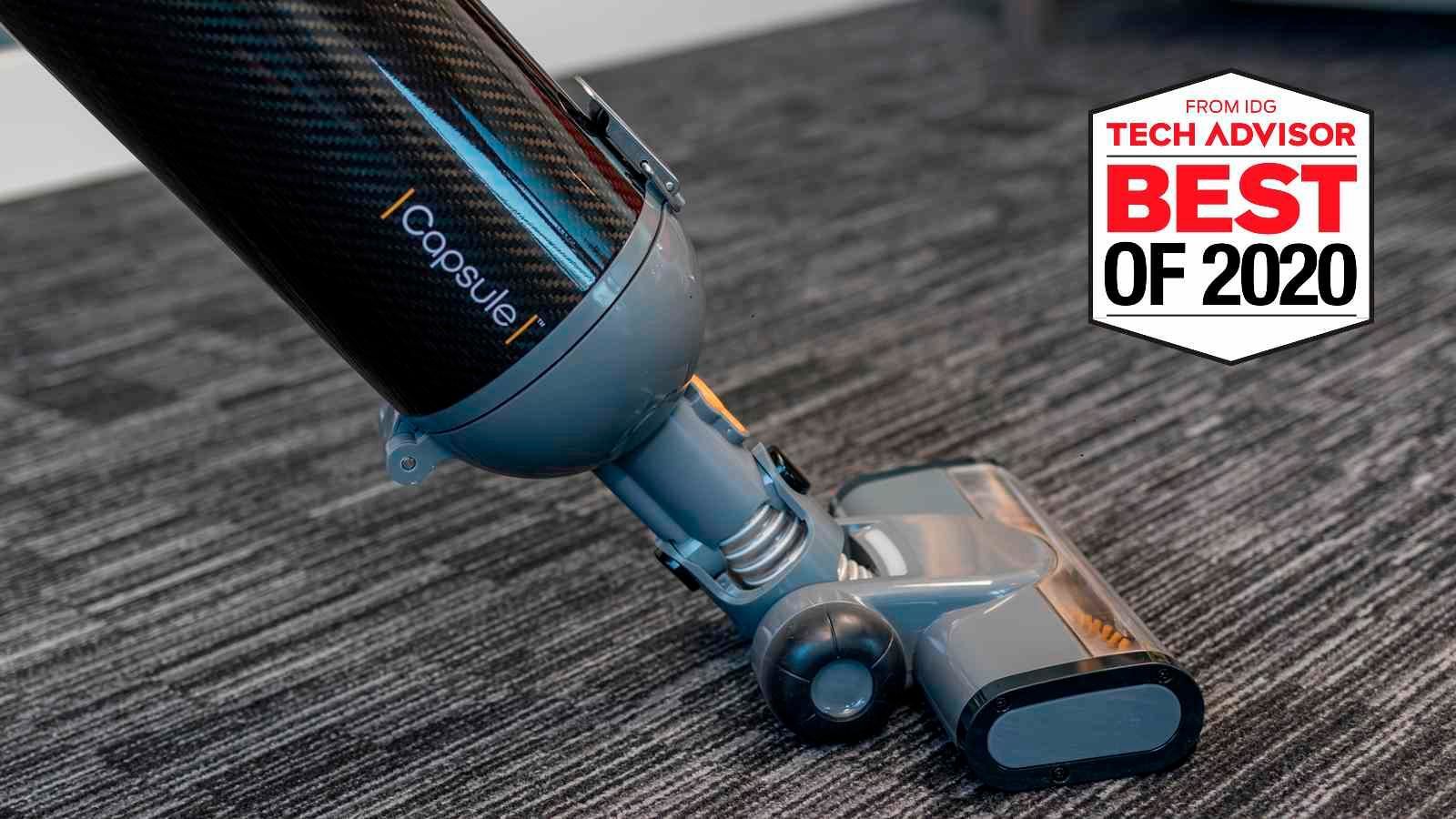 The Halo Capsule seemingly came out of nowhere to disrupt the vacuuming world this year. Not only is this a great cleaning product, but perhaps most importantly, takes its environmental impact seriously.

The Halo Capsule is designed to last and leave very little trace of itself in the world afterwards.

Unusually, it uses bags rather than the expected bagless design, but these are paper and completely compostable.

Thanks to its innovative carbon fibre shell, it’s the lightest cordless cleaner we’ve tested, weighing only 2.6kg. It has excellent suction and a huge, 1.6 litre dust capacity, which is more than twice that of the Dyson V11.

The cherry on top is the price: at £250 it is cheaper than many of its rivals.