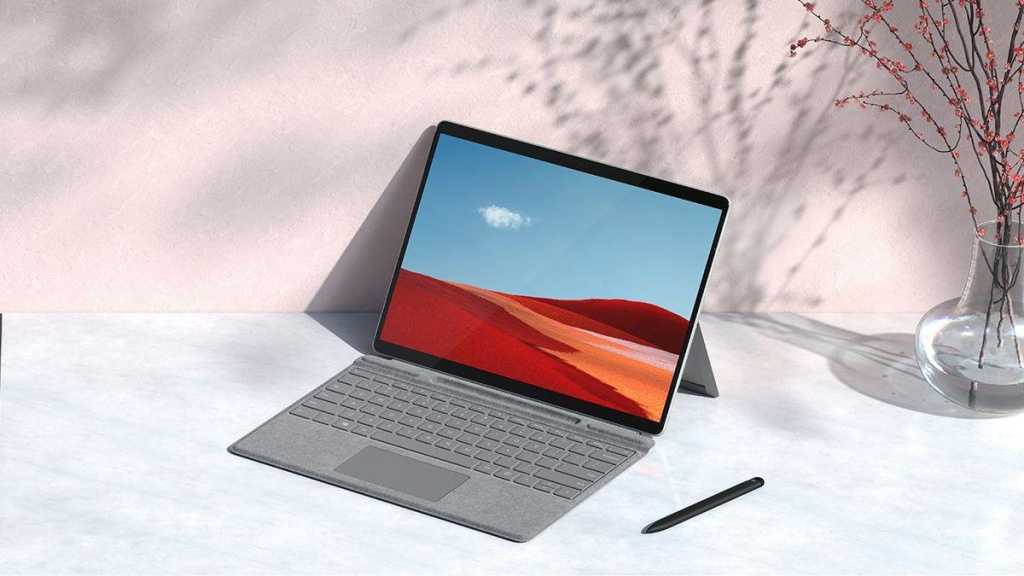 If the last few months are anything to go by, it looks like ARM-based chips are the the future.

Until November 2020, Qualcomm was the only major components manufacturer to released ARM-based laptops, with a handful of devices powered by the company’s Snapdragon 8cx SoC. Microsoft’s SQ1 chip was heavily based on this, and made its debut on the hit-and-miss Surface Pro X in 2019, before a successor arrived a year later.

However, the launch of Apple’s ARM-based M1 chip seemed to up the ante. Early indications suggest there are huge improvements to both battery life and performance, something Qualcomm chips have struggled with in the past. Soon after this announcement, rumours began swirling that AMD would release an ARM-based CPU of its own.

Now, a report from Bloomberg suggests Microsoft is keen to get in on the action. Authors Ian King and Dina Bass suggest the company is “exploring another chip that would power some of its Surface line”.

While there’s no guarantees it’ll ever come to fruition, it would certainly be an exciting addition to the burgeoning ARM-based chip market. Here’s everything you need to know at this early stage.

When will Microsoft release its ARM-based CPU?

We’ve only just got word that Microsoft might be releasing its own ARM-based chips, so it’s hard to put a timeframe on when they might arrive.

Their release will likely be tied to a new product from the Surface line, but it’ll almost certainly come too early for the Surface Pro 8 and Surface Laptop 4 – both devices are expected to launch in the first few months of 2021.

As the only current Microsoft hardware to use an ARM-based chipset, the Pro X the most likely candidate. Should Microsoft continue its annual update cycle, we’d expect the third-gen Pro X to be released in October 2021, although that might come too early for the company to switch to its own chipset. We’d expect a 2022 release at the very earliest, although that’s pure speculation at this stage.

Which devices will use Microsoft ARM-based chips?

Given the nature of Apple’s recent announcements, it’s likely Microsoft silicon will be available exclusively on Surface devices.

As mentioned above, the Pro X’s already being on ARM makes it the obvious place to start with rollout. ARM-based devices have typically focused on being thin and light, so the Pro, Go, Laptop and Laptop Go lines would appear to be next in line.

It may be little while longer before we see them come to more powerful devices like the Surface Book, which is designed for demanding tasks like graphic design and video editing. There’ll likely be an even longer wait for desktop PCs like the Surface Studio, although it may never make it to this form factor.

How much will Microsoft ARM-based devices cost?

At least initially, we wouldn’t expect Microsoft silicon to be available to purchase as a standalone component. That means how much you pay will be dependent on the price of any particular device.

With Apple keeping prices fairly consistent between M1 and Intel versions of MacBooks, the costs of current Surface hardware gives a pretty good indication how much you might have to pay:

Why would Microsoft want to make its own ARM-based chips?

There are a few reasons why Microsoft might want to design ARM-based chips in-house. Firstly, Apple has shown just what is possible when you control both the hardware and software of a device, and Microsoft is in a unique position as the developer of Windows to rival that.

Qualcomm markets its Windows on Snapdragon devices as ‘always on, always connected’, and it’s true. ARM-based processors are renowned for their ability to wake almost instantly from sleep, while many support 4G or even 5G connectivity. With many Surface devices heavily focusing on portability, it would make a lot of sense for Microsoft to put more focus on ARM moving forward.

Reputation might also be a factor. Microsoft has always been known as a software company (it’s in its name, after all!), so many people look elsewhere when it comes to buying a new laptop or tablet. Becoming known as a company that controls every aspect of a device you’re buying could make it a more compelling purchase.

Microsoft is far from the only company to be considering ARM-based CPUs of their own. AMD and Samsung are both rumoured to be working on them, while Apple has already made a big impression with its M1 chip.

Interested in Microsoft’s current hardware? Check out our best Surface round-up, as well as the best Surface deals.