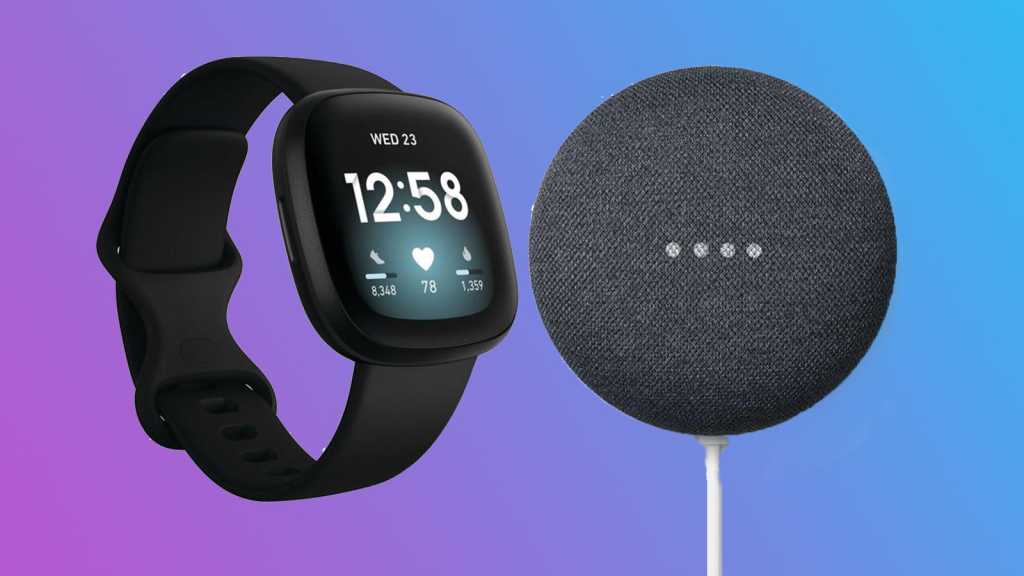 With Christmas just days away, anyone still scrambling to buy a last-minute Christmas present should head to Currys PC World. An excellent offer right now not only slashes £20 off the new Fitbit Versa 3, dropping the price to £179, but also includes the Google Nest Mini for free, a £49 value. The bundle saves you a hefty £70 from buying the devices separately. Head to Currys to pick up this deal now.

If you want the bundle to arrive before Christmas, Currys also offers next day delivery for £5 – which means you’re still saving £65 from buying separately.

The Versa 3, typically at £199.99, is the latest in Fitbit’s Versa range, having launched late September alongside the top-tier £299.99 Fitbit Sense (now with £11 off from Amazon).

The Versa 3 offers built-in GPS and full fitness tracking on a bright AMOLED screen. You get an extensive list of features including heart-rate monitoring, sleep-tracking, and voice assistant support, making it a major upgrade from past models.

The only functions separating the Versa 3 from the Sense are additional EDA stress and ECG heart measurements, which isn’t really an issue if you’re primarily after a fitness device (as opposed to a medical one).

Check out the Fitbit and Nest Mini bundle for yourself over at Currys. If you prefer the Nest Mini on its own, you can pick it up for just £19 from Currys too.

Want more Fitbit deals? See all the best Fitbit Christmas offers across every model and retailer in our dedicated round-up.