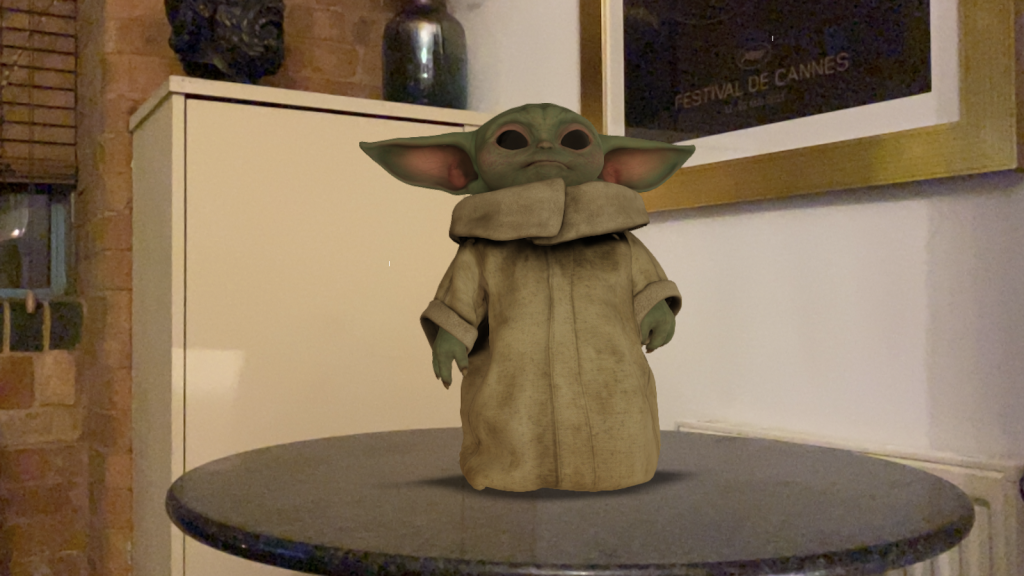 Google has already made it possible to photograph a lion in your kitchen or a Triceratops in your back garden, standing next to your unsuspecting dog.

Now, fans of The Mandalorian can use the same augmented reality feature to make The Child (AKA Grogu, known outside of the series as Baby Yoda) appear in your living room.

Here’s how to do it.

First up, you’ll need to launch the web browser on your smartphone or tablet. You can also use the Google app, if you prefer.

Google search for The Child, Baby Yoda or Grogu (because, as the series has now revealed, that’s the blinky little green dude’s name).

Grogu will appear in the knowledge panel, alongside a couple of options.

One of these is “View in 3D”.  Click on this and a 3D Grogu will appear. You can rotate him and change the angle from which you view him. 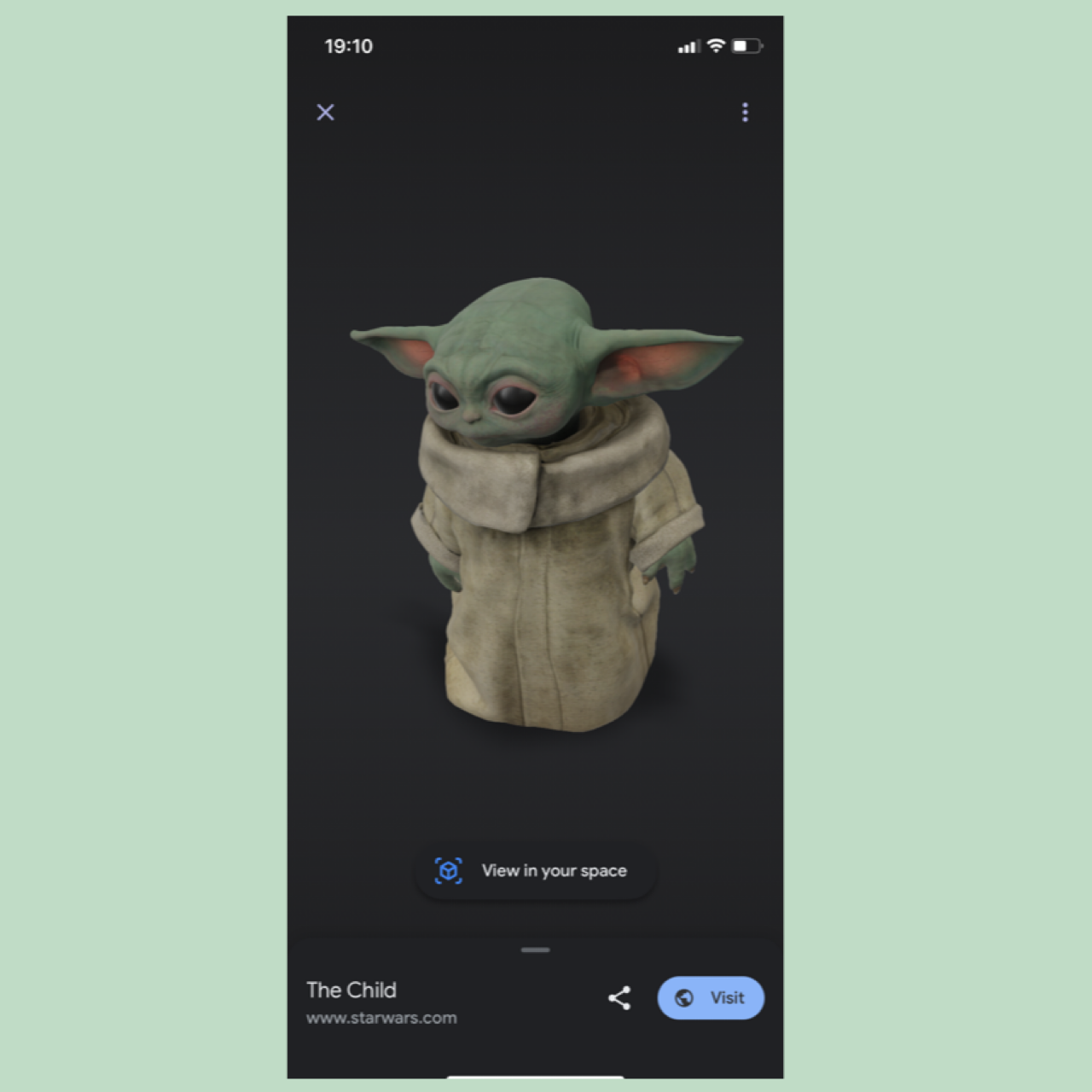 To see how Grogu would look in your living room, tap the “View in your space” button.

If it’s the first time you’ve used this Google feature, you’ll need to grant permission for Google to access your camera and photos.

Next, point your camera at a clear spot in the room. If an icon of a hand holding a phone appears onscreen, point it at the spot where you want Grogu to appear and tap the icon.

Because Grogu is rendered at approximately the same size as he appears in the TV series, a good option is to make him appear on a tabletop, although you can also land him on the floor or on the sofa next to you.

Hey presto! The Child should land in the spot you’ve selected. You can’t change his size much but he’ll appear to be looking around him, blinking and moving his ears.

If he looks too shadowy in your pictures, you may need a bit more light.