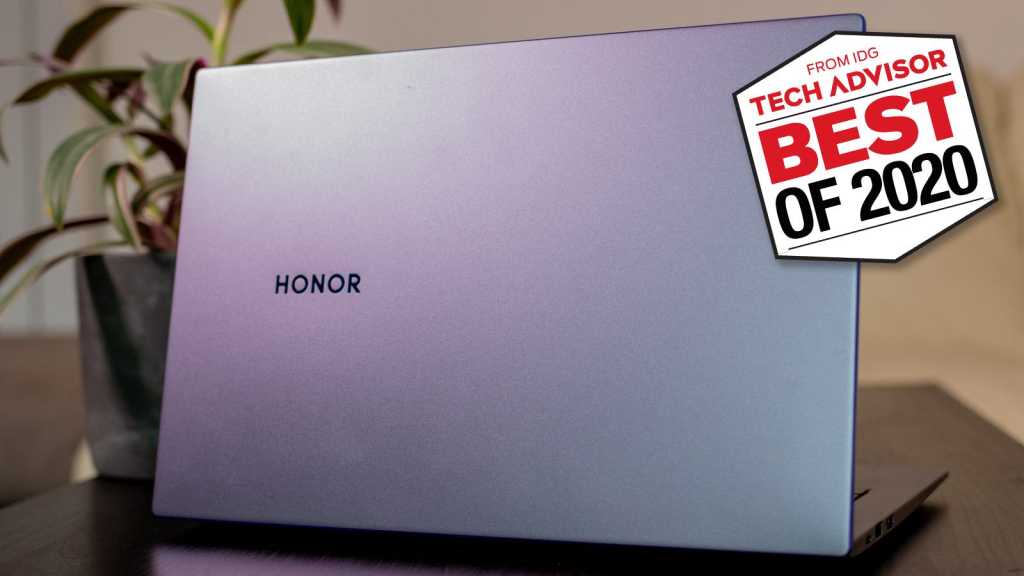 There has been some fierce competition for the coveted spot of Tech Advisor’s laptop of the year. But in the end, it came down to the best balance of features and cost – and no device does it better than the Honor MagicBook 14, which comes in at the very affordable price of £549.99.

The original MagicBook 14 was launched at the beginning of the year, and was the company’s first big step into the Western laptop market. Later in the year we also saw a re-released version with some upgraded specs and a few minor tweaks to justify its slightly higher £669 price tag.

Both generations of the laptop feel premium, with a 14in display (though there’s also a 15in model available too), a 1080p IPS LCD screen, and very slim bezels. The exterior aluminium finish both looks and feels high-end, and the device is lightweight enough to be easily portable. The keyboard also features a hidden pop-up webcam, allowing for that extra layer of privacy for users.

Battery life is great on this laptop, lasting an impressive 13 hours of continuous video playback in our internal tests. This means that it will easily handle a full day’s worth of work, and then some, in real day-to-day use.

Performance is just as impressive, as the refreshed MagicBook 14 packs a powerful Ryzen 5 4500U processor, paired with 8GB RAM and 512GB storage. This makes it a great all-round device for work and productivity whilst still being capable of running the odd game or heavy-duty programme such as Adobe software.

Of course, if you would prefer slightly lighter performance and a cheaper price, you can still opt for the cheaper original version, which has a previous-gen Ryzen 5 3500U processor and 256GB storage. Despite being an older model, it is still a great device that shares most of the same standout features of the updated MagicBook.

If you want to get your hands on the Honor MagicBook 14, here are all the places where you can pick it up from right now:

Whilst the Honor MagicBook 14 was our favourite pick of the year, there are a few other devices that deserve mentioning.

The Pixelbook Go is arguably the best Chromebook on the market right now, complete with a classy and refined design and an easy-to-use Chrome OS interface. However, the higher-end models are on the expensive side.

Apple’s MacBooks have also had a change in the processors, moving from Intel to Apple’s own M1 chip. This switch has boosted the battery life, graphics, speed and performance of both the MacBook Air and MacBook Pro, and could be the biggest shake-up to the laptop industry in years.

Finally, there’s the Huawei MateBook 14, which is essentially a more premium take on Honor’s MagicBook 14. It comes in slightly more expensive, starting at £689 at the time of writing, but for that you’re getting stronger processor options and a slimmer, more premium build.

We’re still announcing the rest of our 2020 award picks, but so far we’ve revealed the best TV, tablet, and audio tech of the year so far, so make sure to check them out.