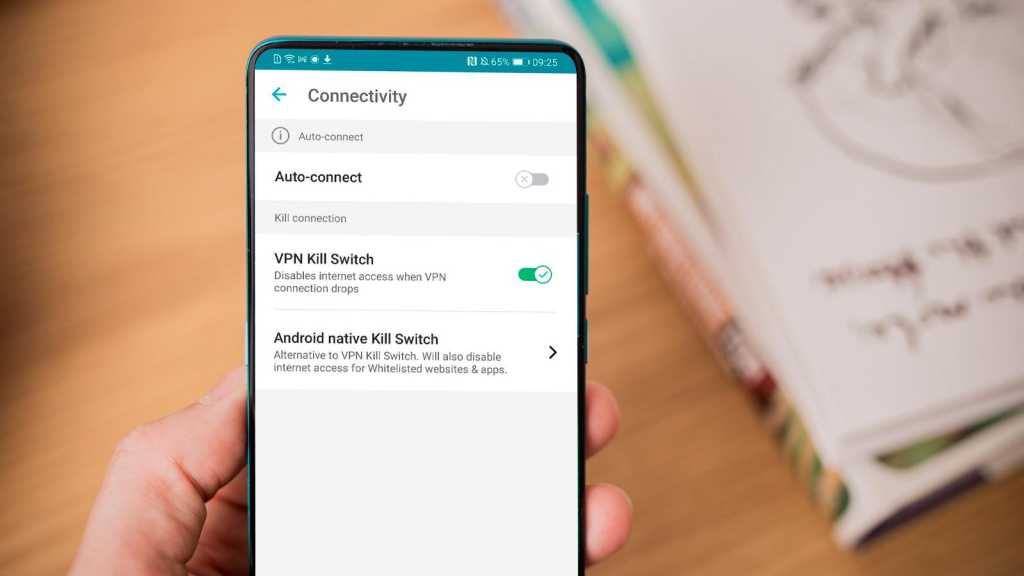 If you’re planning to use a VPN for security and privacy rather than simply streaming blocked videos, then you’ll want to use a kill switch.

It stops any apps communicating with the internet outside of the encrypted VPN tunnel to protect the data that’s being sent and received, which in turn protects your identity and keeps your activity private.

It’s quite rare but, on occasion, the connection to the VPN server will stop and apps will go back to using the normal unencrypted internet connection. And you won’t necessarily notice this has happened.

A connection could drop for a variety of reasons, from a weak Wi-Fi or mobile signal, repeated hopping between mobile and Wi-Fi connections, a problem with the VPN server or something else.

A kill switch’s job is to monitor the connection and immediately stop all communication to prevent any data being sent over that unprotected connection. This ensures your activity is kept private.

Kill switches can work in different ways, depending upon the VPN service you’re using and even the device you’re using it on. Don’t assume a kill switch is included in every app a VPN provider offers. For example, it may be present in the Windows and macOS versions, but not in iOS or Android.

Similarly, you might find that a kill switch works only with certain protocols such as IKEv2, and not OpenVPN or WireGuard. So you might have to compromise on your connection speed if you want to take advantage of this extra protection.

You might even have a choice of kill switches, such as in Surfshark’s Android app where you can use the native Android one or the option built into Surfshark’s app.

How a kill switch works also varies between VPN services. Some block everything until the VPN connection is restored, while others let you choose which apps have their internet connections stopped – everything else can carry on using the internet as normal. Some, such as NordVPN’s Windows app, let you pick between both approaches. 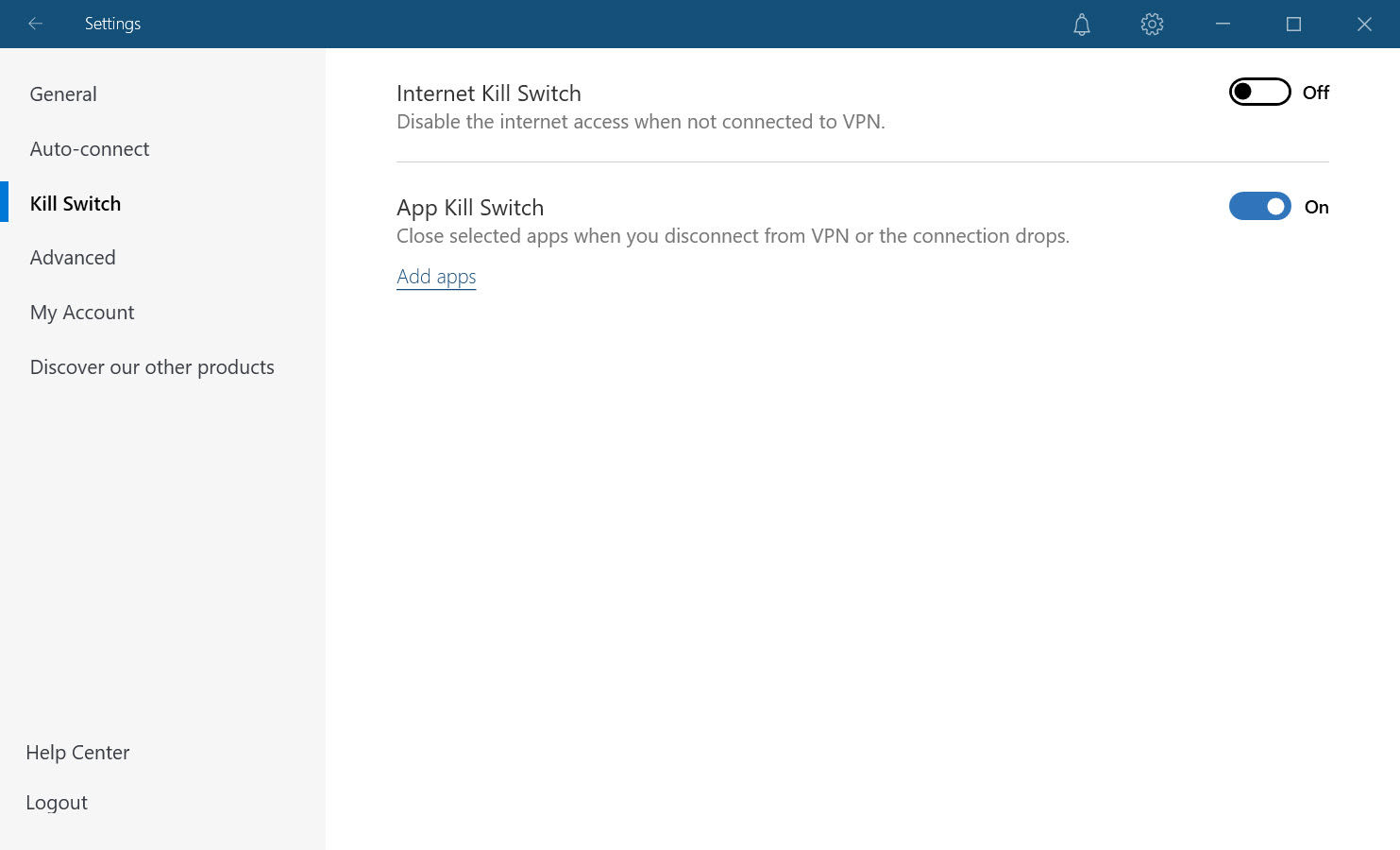 You might, for example, want a kill switch to apply only to downloader apps or a web browser.

Put simply, if you’re uploading or downloading sensitive information, such as passwords, personal data or you work with confidential documents, you’ll want to use a kill switch.

Given how important this feature can be, it’s strange that in almost every case kill switches are disabled by default.

So if you install a VPN app and hit the ‘Connect’ button, it’s very unlikely the kill switch will do anything if the VPN tunnel collapses (as the saying goes).

It’s unclear exactly why so many VPN services choose to disable the feature, but one reason could be because it is very confusing when your apps or web browser stops working but it looks like there’s no problem with your internet connection.

Again, depending on the provider you might find that the VPN connection is re-established automatically after it stops – in which case you shouldn’t really notice that the kill switch has done its job. In other cases, you need to reconnect to a server manually, and then the kill switch will stop blocking apps from connecting to the internet.