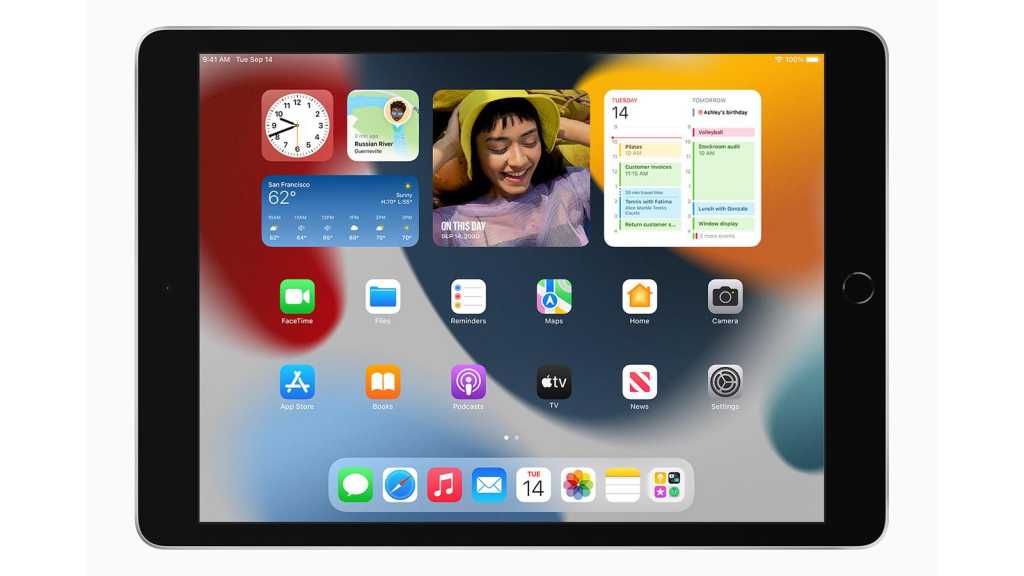 As expected, Apple has updated its affordable base iPad model for a new 2021 edition that delivers improved performance at the same – surprisingly competitive – price.

The design may be unchanged, but upgrades to the storage, chipset, and front-facing camera should help keep this new 10.2in iPad an excellent budget tablet option. Read our full iPad 2021 review.

When does the new iPad come out?

Apple unveiled the updated 10.2in iPad at an Apple event on 14 September 2021, alongside a new iPad Mini and the iPhone 13.

The new iPad officially went on sale Friday 24 September – so you can order it from Apple now but check out our guide to where to buy the new iPad for the full details on where the iPad is available, and all the best offers.

You get double the starting storage for those prices though, so the new model is arguably better value.

Check out our guide to the best iPad models to find out how the rest of the iPad range compares.

Apple hasn’t changed much in the new iPad, which is a pretty iterative upgrade on the previous model.

The first thing to know is that the size and design are entirely unchanged – you’re still getting a 10.2in display, the same size body, the same Lightning charging port, and the same Touch ID home button. It’s available in Space Grey and Silver.

Using the same design means that the new iPad remains compatible with all of the existing accessories, including Apple’s official iPad smart keyboard and the first-generation Apple Pencil.

Many of the tablet’s internals are the same too, but there are four major changes.

The first is the chipset, which has been upgraded to the A13 Bionic – the same chip found in the iPhone 11 and the iPhone SE (2020). That brings a 20% bump in performance across the board, and powers some of the new iPadOS 15 features coming to the tablet.

Storage is the second big hardware change. As already mentioned, you now get double the base storage – 64GB – though if that’s not enough it’s a pretty big jump up to 256GB.

The third update is to the front-facing camera, which is now a 12Mp ultra-wide lens. More importantly, this camera now supports Centre Stage, Apple’s name for its software that automatically frames you in the centre of your camera, panning to follow you round the room and even zooming back out if new people enter the room.

The final hardware tweak is to the display. Yes, I already said the display is the same – and that’s still true. But the addition of a new light sensor means it now supports True Tone, so will dynamically alter the brightness and tone of the screen so that colours always look correct in any lighting.

Of course, there are other software tweaks on the way, as the new 10.2in iPad will ship with iPadOS 15. That nets you improved multitasking and home screen widgets among other tweaks – check out our full guide to iOS 15 for a full guide to the biggest features coming to iPads and iPhones this year.

In the meantime, check out our iPad buying guide so you can see what any new model will have to beat – or watch us discuss the new iPad, and all Apple’s other launches, on our weekly podcast Fast Charge: