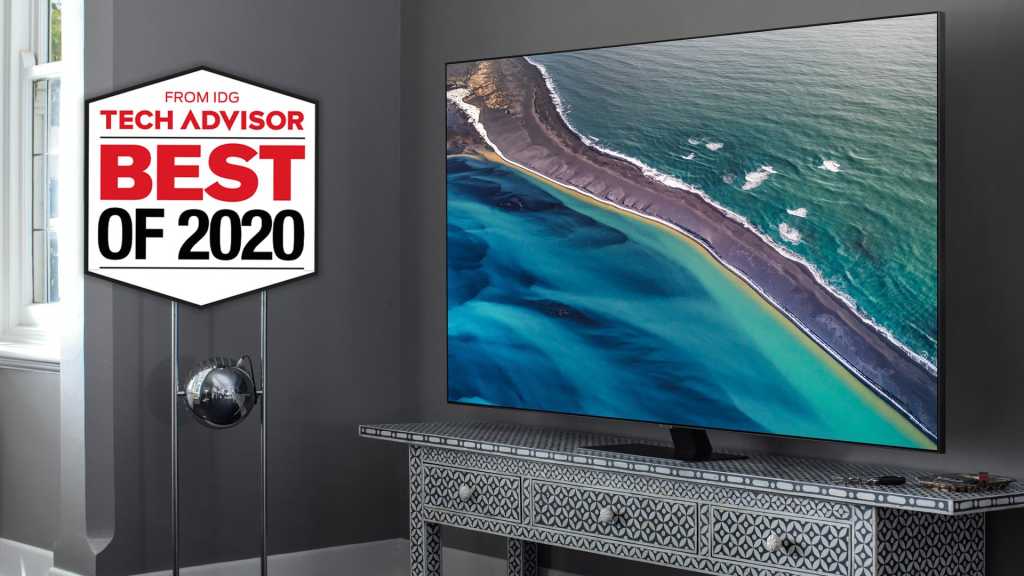 During a year largely spent stuck at home, the humble TV has been more important than ever with streaming going through the roof as well as tuning into quizzes, video calls and keeping board kids entertained. There have been some great sets in 2020 but our stand out was the Samsung Q80T.

Samsung TVs have been a popular choice for a long time with the firm’s signature mix of style, quality hardware and easy to use interface. There are loads to choose from but we felt the Q80T hit that sweet spot we’re always looking for.

Although it starts at an official £1,399 for a 49in 4K screen, retailers have given Samsung a helping hand by offering the TV from £999 making it excellent value for money. There are also four larger sizes if you want something bigger.

While there are many cheaper TVs in Samsung’s QLED range, this is the cheapest model with FALD (Full Array Local Dimming). It’s also packed with other desirable tech specs such as decent HDR support, punchy brightness, and support for 4K @120fps for next-gen consoles like the PS5 and Xbox Series X.

Overall, the picture quality is stunning and suitable for pretty much anything you can throw at the Q80T. And there’s Samsung’s Tizen smart platform offering an easy-to-use system with plenty of streaming options meaning you might not need to use a streaming box like a Fire TV.

It’s a TV designed for wide appeal so if you find yourself tempted by the Q80T, here’s where you can get it:

Of course, we tested lots of other TVs this year and the budget market had a particularly good year so it’s not the end of the world if the Q80T is out of your budget.

JVC – yes the firm is still around – partnered with Amazon to make our favourite budget set of the year: the JVC Fire TV Edition. The TV comes in at under £300 – probably less than you spend on coffee annually – and blew us away.

As the name suggests, it’s got Amazon’s Fire TV operating system built-in with plenty of streaming options as well as support for Alexa.

The Hisense Roku TV did a very similar thing, although at a slightly higher price than the JVC. Still, it’s an excellent choice if you prefer this software and the more stylish design.