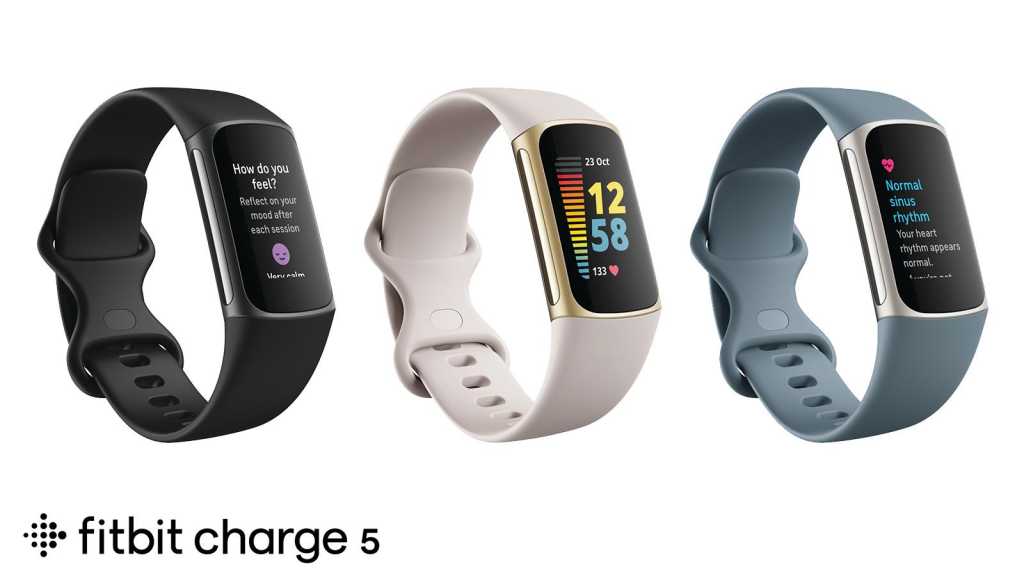 The activity tracker market has become increasingly competitive over the past few years, with products like the Amazfit Band 5 and Xiaomi Mi Band 5 offering plenty of features at competitively low prices.

So, how does Fitbit plan on addressing these challenges with the newly-launched Fitbit Charge 5? We take a look at the company’s latest tracker, its various features and some of the unique new benefits that pairing a Charge 5 with Fitbit Premium brings.

When does the Fitbit Charge 5 launch?

The Charge 5 hit pre-order in various markets on launch day – 25 August – with units shipping sometime in “late September” (according to the pre-order button on Fitbit’s website).

Up until last year’s offering, Fitbit had hit a pretty consistent stride when it came to updating the Charge line, but things are a little less regular now. Here’s when each Charge model launched:

Initially, Fitbit used roughly a two-year cycle of updating the Charge, but that changed in 2020, with the Fitbit Charge 4 debuting only a year and a half after the Charge 3. Based on the fact that that’s the same approximate length of elapsed time between the 4 and 5, this 18-month refresh pattern might now well be ‘the new norm’ for the Charge series.

This change could possibly reflect Fitbit’s need to step up its design and production schedule, in order to ensure it doesn’t get overtaken by the swathes of budget rivals now filling out the fitness tracker market.

We discuss how the Charge 5 fits into the current wearable landscape and Fitbit’s potential decision-making leading up to the tracker’s release in episode 80 of our regular podcast Fast Charge:

How much does the Fitbit Charge 5 cost?

The Charge 5 borrows from Fitbit’s smartwatch-style wearables more heavily than any previous entry, while also placing a greater focus on wellness and health; all resulting in the highest starting price for a Charge tracker so far:

The Charge 5 is also compatible with a range of interchangeable straps, priced as such:

See where to buy the Fitbit Charge 5 in the UK and US.

What new features does the Fitbit Charge 5 offer?

The Fitbit Charge 4 introduced features like built-in GPS and Active Zone Minutes, the latter of which tailors activity tracking to your age and resting heart rate. The Charge 5 retains these standout additions, wrapping them up in a sleek new design and building in new functionality, partially lifted from pricier entries in Fitbit’s portfolio.

Like the company’s other recent trackers – such as the Sense, Inspire 2, Versa 3 and Luxe – the Charge 5 exhibits softer forms compared to the straight-sided 4; drawing on what the company calls its “Biologic Industrial Design Language.”

Part of that design manifests as a buttonless stainless steel frame, featuring contacts running down the sides that serve the Charge 5’s EDA (electrodermal activity) sensor, used for stress management.

The Charge 4 (and many other rival trackers) monitor stress by using heart rate variation, however, last year’s Fitbit Sense introduced more reliable/accurate EDA stress monitoring, which now features on the Charge 5 too.

The Charge is also the first of the product family to go full-colour, with a vibrant looking AMOLED display that supports always-on functionality and 20 watch faces (at launch) – some with customisable elements.

With the introduction of Fitbit Premium – the company’s monthly or annually-charged subscription service – launched in 2019, most of Fitbit’s trackers have offered up additional functionality, tied to this paid extension of the Fitbit experience.

Alongside the launch of the Charge 5, the company also introduced Daily Readiness, which uses your logged metrics to serve up a ‘readiness score’, suggesting whether your body is better equipped to work out or recover on a given day.

Premium also facilitates greater insight into your fitness, sleeping patterns and stress levels, as well as granting access to over 500 guided video and audio workouts, mindfulness and nutrition sessions (including content from new partners such as Les Mills and Calm), alongside mindfulness tools including sleep sounds and guided meditation.

We should have a review of the Fitbit Charge 5 ready for you in the next few weeks, but in the meantime, take a look at our guides to the best Fitbit, best Fitbit deals and best fitness trackers.