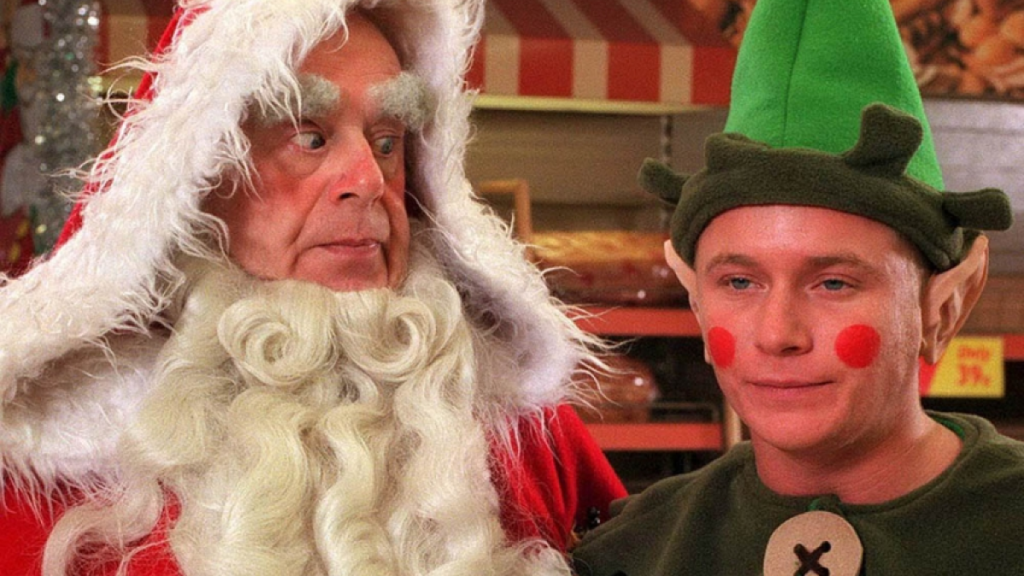 Christmas is here, and you know what that means: good company, good food and great telly. Christmas day soap specials have become a staple of Christmas in the UK over the years, and when you consider the drama that tends to unfold in these extended special episodes, they’re well worth watching. Who else still remembers the explosive reveal of Max and Stacey’s affair in EastEnders back in 2007? Exactly, we all do.

That’s especially true in 2022, with plenty of soap action to tide you over after you’ve stuffed your face full of turkey, roast potatoes and your nan’s homemade trifle. We outline when and where to watch the biggest Christmas Day soap specials right here.

The hour-long Emmerdale Christmas Day special is said to focus on the arrival of Cain Dingle’s long-lost brother Caleb, played by Waterloo Road star Will Ash.

Discussing the Christmas special, Emmerdale producer Laura Shaw teased that “Arriving on screen on Christmas Day, Caleb has to undoubtedly be the most unexpected and shocking Christmas gift Cain and Chas have ever received! Calm and in control, rich and successful, at first glance Caleb is everything his brother isn’t, but will the pair find they have more in common than they thought?

“What secrets from the past will come back to haunt them and how will the rest of the family react when Caleb strolls into town? His arrival certainly promises to shake things up for the Dingles and make 2023 start off with a huge bang!”

The full festive schedule for Emmerdale on ITV1 is as follows, including a few hour-long episodes and another special on New Years’ Eve:

While we don’t know the specifics of what’ll happen during the Corrie Christmas Day special, ITV has confirmed that it’ll focus primarily on Tyrone Dobbs and Fiz Stape’s wedding day. A soap wedding on Christmas Day? Surely nothing can go wrong there…

Coronation Street producer Ian MacLeod has teased that “the episodes are fun, warm and family-orientated. Corrie has historically always done that” and that he even cried twice during the viewing, claiming that it’s “really moving and lovely” but “not sad”.

The full festive schedule for Coronation Street on ITV1 is as follows, including plenty of hour-long episodes throughout the festive season and another special on New Years’ Eve:

EastEnders is also set to showcase an hour-long episode on Christmas Day, but at the slightly later than usual time of 9:25pm GMT. As usual, Christmas is a tough time for those in Albert Square, with this year’s storyline focusing on Mick Carter’s relationship with Janine Butcher, with Eastenders executive producer Chris Clenshaw teasing that it’ll be “Mick’s last Christmas – and it’s pretty epic” and that “it is a tragic love story”.

It’s not just about Mick though – what about The Queen Vic? With Mick out of the question, who will pick up the reigns at the staple of Walford life and make sure the residents don’t go thirsty?

We will have to wait and find out.

The full festive schedule for Eastenders on BBC One is as follows, including an hour-long episode on Christmas Day and a 30-minute special on New Years Day:

Unlike the other big soaps, there isn’t an episode of Hollyoaks airing on Christmas day itself – and if we’re being honest, the festive line-up is looking a little thin compared to the big three – but expect the usual Hollyoaks chaos as the events of Prince and Olivia’s wedding play out.

The return of Hunter McQueen in particular is set to shake things up, with actor Theo Graham teasing that after a four-year absence from the soap, Hunter “got dumped by Asha and he’s coming back with a bang, that’s all I’m going to say!”.

The full festive schedule for Hollyoaks on Channel 4 is as follows, including back-to-back episodes on 29 December and 3 January:

What if I miss the Christmas Day specials?

While it’s always nice to get cosy after a nice big Christmas Dinner and watch the soaps with family, there’s every chance that you might miss one or two – especially with such a packed Christmas schedule.

The good news is that the EastEnders Christmas special will be available via BBC iPlayer shortly after airing, and the same is true of Emmerdale and Coronation Street with ITVX, the rebranded ITV Hub. Those wanting to catch up on all those episodes of Hollyoaks should head to All4.