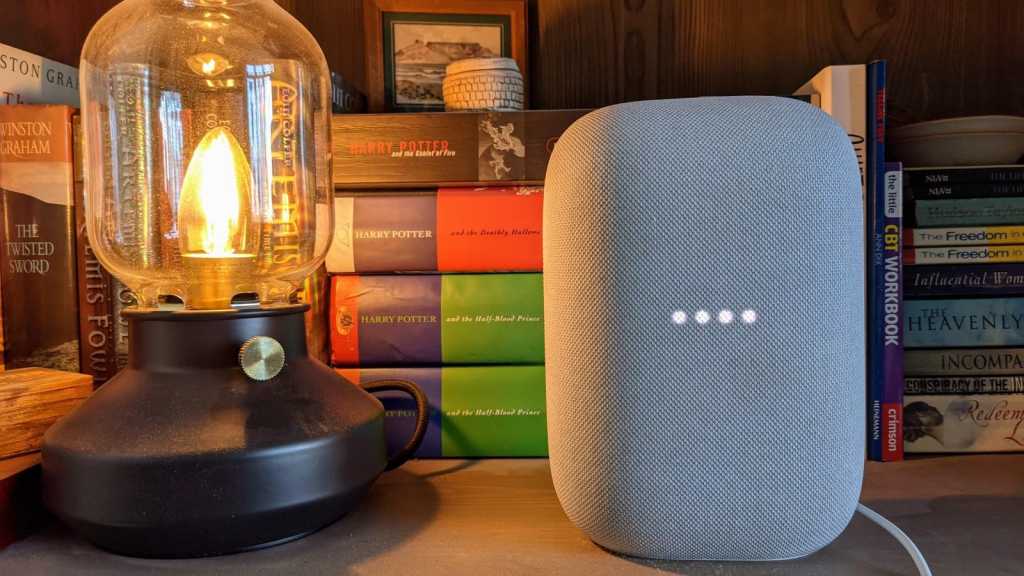 Google has announced that the Apple Music streaming service is now available on its range of Assistant-powered smart speakers.

You’d think this would be an unlikely move for the two rival companies considering Google has its YouTube Music (formerly Google Play Music) streaming service and Apple has the HomePod range of smart speakers.

But users of the Google Nest Audio (pictured) or any other smart speaker with the Google Assistant can choose to listen to music via Apple Music now. This means you can search and play songs from a library of more than 70 million albums and playlists using your voice.

It’s ad-free and you can try it free for three months followed by a £9.99 per month subscription fee.

Google said, “Apple Music will begin rolling out today on Nest and other Assistant-enabled smart speakers and displays in the U.S., U.K., France, Germany and Japan.”

Users need to link an Apple Music account via Google Home app where you can also select it as the default music streaming service so you can use commands like “Hey Google, play New Music Daily playlist,” or “Hey Google, play 2020 playlist.”

Other useful commands for Apple Music include “Hey Google, play my songs” to hear liked tracks and if you have multiple Google Assistant smart speakers you can say “Hey Google, play music on all my speakers.” to create a party mode.

The multi-room features are also available via the Google Home app or can be controlled on the screen of devices like the Google Nest Hub Max.