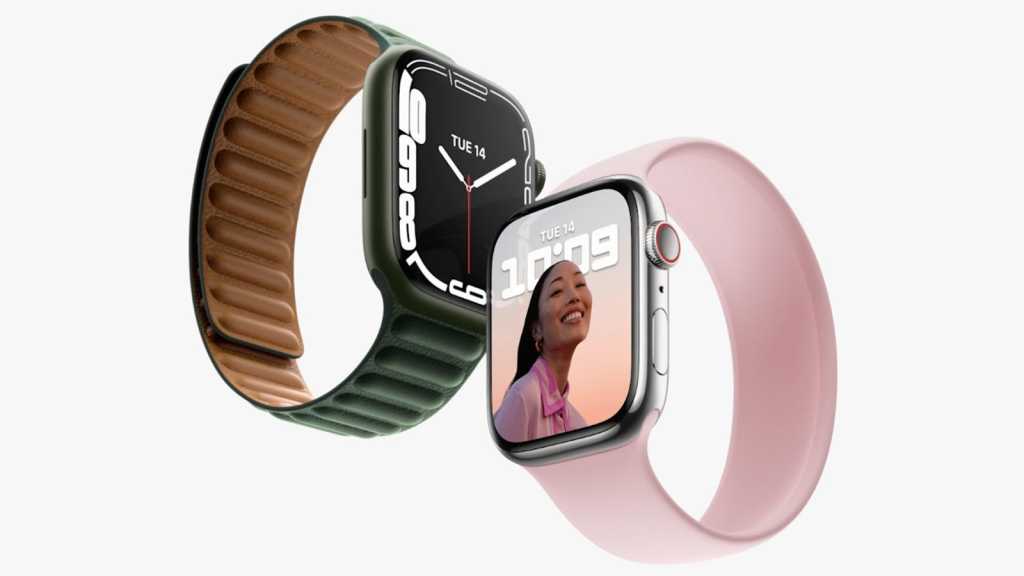 The Apple Watch Series 6 is a great smartwatch, but let’s be honest, the introduction of an SpO2 monitor and an always-on altimeter weren’t the most exciting upgrades ever – especially when wearables a fraction of the price sport similar blood oxygen monitoring tech.

With the Apple Watch Series 7, however, Apple has given its signature smartwatch a substantial redesign, that includes a curved-edge display, fast charging and more.

When was the Apple Watch Series 7 released?

After last year’s break from tradition, there was some discussion about whether Apple would bring the Series 7 to market at the same time as the newly-unveiled iPhone 13 range, however, the company’s 14 September ‘California Streaming’ event not only gave us a new Apple Watch and new iPhones but also new iPads as well (including a long-awaited update to the iPad Mini range).

Apple remained schtum on the rumoured production issues that have apparently befallen the Series 7 (according to separate reports from Nikkei and Bloomberg) but the fact that the company only dressed the watch’s unveiling with a general availability window of “later this fall/autumn” suggests that such hearsay may hold water.

The delay wasn’t too severe though; the Apple Watch Series 7 became available to pre-order on 8 October 2021, with the wearable shipping a week later on 15 October 2021.

If you don’t want to wait for the Apple Watch Series 7 or just see what it’s up against, take a look at our selection of the best smartwatches available right now.

How much does the Apple Watch Series 7 cost?

Apple did also mention that those who decide to pick up a new Apple Watch will also get three months of Apple Fitness+ for free, although we don’t yet know which markets this offer is available in outside of the US.

Check out our ‘ Where to buy the Apple Watch Series 7‘ feature for the latest pricing and availability information, as well as deals on Apple’s 2021 wearable, as they develop.

What features does the Apple Watch Series 7 offer?

The design appears to be the Series 7’s biggest upgrade, with a new, more heavily rounded casing that means this generation steps up from the Series 6’s 40mm and 44mm sizes to 41mm and 45mm, respectively (it’s also thought to be marginally thinner as well).

If you’re a long-time Apple Watch wearer though, fear not, your existing straps remain compatible with the Series 7.

Joining the existing WR50-rated swim-proofing, the Series 7 is also better protected against dust ingress, with IP6X certification. For a deeper dive, check out our ‘What is an IP rating’ feature, which explains the ins and outs of the Series 7’s new dust-tight design.

The display is almost 20 percent larger too, extending to the edges of the rounded crystal front, which itself is “50 percent thicker” – according to Apple – making it more crack-resistant. The effect means that watch faces now refract along their edges, appearing to flow into the frame of the Series 7, something the Apple Watch’s design always seemed to be leaning towards but now finally achieves.

To help with the effect, the Series 7’s bezels are now just 1.7mm thick – 40 percent thinner than on Series 6, plus that bigger screen now also facilitates a full keyboard, with QuickPath predictive swipe typing, as well as a pair of new watch faces to capitalise on the extra real estate: Contour and Modular Duo.

Always-on watch faces are now 70 percent brighter indoors, which likely speaks to greater power efficiency from the new display, especially as Apple made no mention of a processor upgrade during the 7’s unveiling.

Speaking of power, what Apple described as “a new charging architecture” paired with a new Magnetic Fast Charger USB-C Cable, means Series 7 charges 33 percent faster than its predecessor, despite offering the same 18-hour “all-day” battery life that the Series 6 quotes.

This year’s colours and finishes manifest in aluminium (in Midnight [dark grey], Starlight [silver], green, blue and red), polished stainless steel (in silver, Graphite and gold), and titanium (in Natural and Space Black). As ever, there are also new Nike and Hermès special editions to choose from, as well.

Feature-wise, abilities like ECG and blood oxygen monitoring endure, with watchOS 8 bringing the newest functionality to the table. Automatic workout and fall detection for cycling is now part of the equation, as is more accurate calorie tracking for those riding e-bikes.

Voice feedback during workouts via the Watch’s speaker (or connected Bluetooth headphones) is offered up too, doling out workout milestones and Activity Ring status.

For all the gaps Apple left on launch day (like the aforementioned unknown processor) we turn to a tweet from Toronto-based tipster, Alireza Khoddam, who linked to what he claims is an internal document from Apple comparing the Series 7 to the Series 6, Watch SE and Series 3.

While nobody appears to have been able to confirm the veracity of the PDF Khoddam supplied, if the data within is to be believed, the Series 7 retains its predecessor’s 32GB of ROM and runs on Apple’s own S7 SiP (system in package), with the only fresh piece of information being the weights of the various casing sizes and finishes.

The 41mm aluminium, stainless steel and titanium-bodied Series 7s reportedly weigh 32g, 42.3g and 37g, respectively, while the 45mm casing size of each finish clock in at 38.8g, 51.5g and 45.1g; collectively gaining about 2.5 grams compared to the equivalent Series 6 watches.

For a deeper dive on the Apple Watch Series 7’s launch and everything else Apple announced at its ‘California Streaming’ event, check out episode 83 of our weekly podcast Fast Charge: