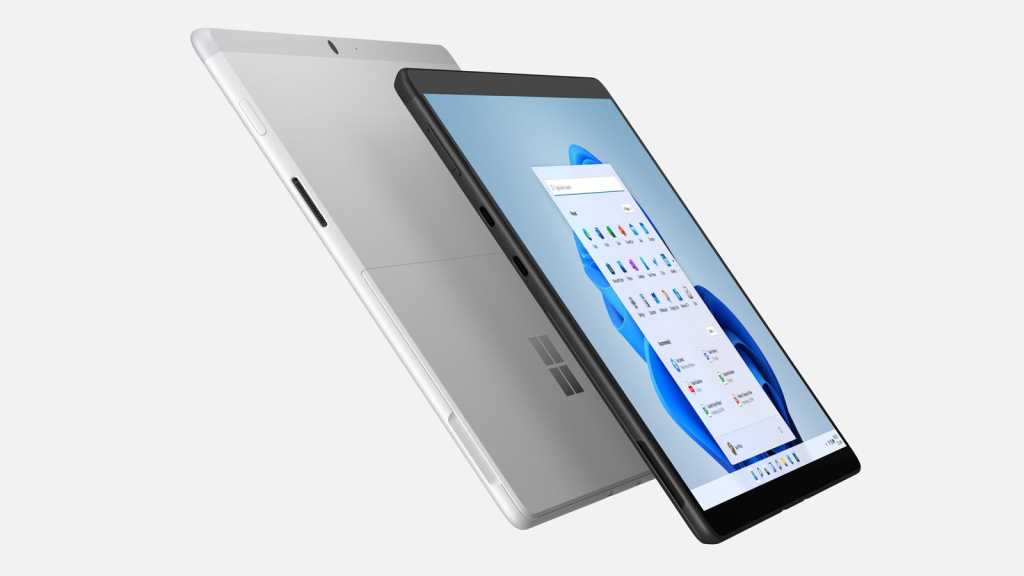 The third-generation Surface Pro X is, if anything, a downgrade. Microsoft announced the ‘new’ model at its Surface event on 22 September, but the only difference from last year’s Pro X is that it’s now available without LTE.

The big change is, of course, Windows 11. This brings an important benefit for the Surface Pro X: the ability to run 64-bit apps.

Ridiculous as it sounds, it took two year to get this support on the Pro X. Even now, it only includes 64-bit apps which have been ported to ARM64, so they can run on the custom ARM-based processor that’s a collaboration between Microsoft and Qualcomm.

The list includes big hitters such as Photoshop, Lightroom, Zoom, Microsoft Office and Teams, but you may still find that your printer won’t work with the Pro X, your antivirus software may not be compatible and there’s still a limited number of games available. However, you can play 100+ games with Xbox Game Pass Ultimate and there are more coming with Google Play Games.

Windows 11 does support x86 and x64 emulation, though, which means there’s much wider compatibility compared to a Pro X running Windows 10.

Interestingly, if you buy a Pro X with LTE, you’ll still get Windows 10 Home out of the box as it’s actually the 2020. But a free upgrade is now available to Windows 11 and Microsoft will encourage you to make the switch during setup. 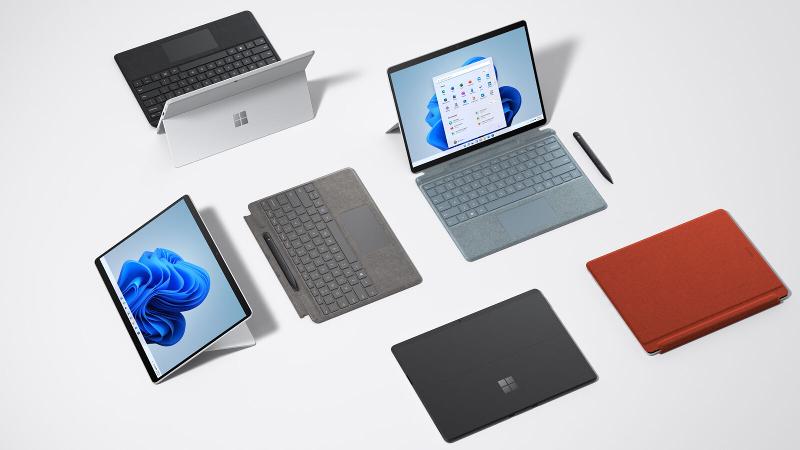 The 2021 Wi-Fi-only models of the Surface Pro X were officially announced at Microsoft’s hardware event on 22 October 2021.

You can, of course, specify it with the SQ2 chip along with more RAM and storage, if you’re prepared to pay more.

Here are all the Wi-Fi-only options, and these are in the Platinum colour only – not Matte Black:

It’s possible we’ll see a new Surface Pro X in 2022 with an upgraded ‘SQ3’ chip, but that’s by no means guaranteed.

As this is effectively identical to the 2020 model, but without LTE, specs are the same as for that model.

It’s all about the software this year. Windows 11, as mentioned, brings x86 and x64 emulation, and there’s proper support for 64-bit Office.

And that’s really it: battery life claims remain the same at ‘up to 15 hours’ – no surprise because the hardware hasn’t changed.

One new thing is the Surface Slim Pen 2, which costs $129.99 and is compatible with the Surface Pro X. It has a redesigned tip and Microsoft says it offers greater control and accuracy as well as “leveraging new capabilities in Windows 11”. 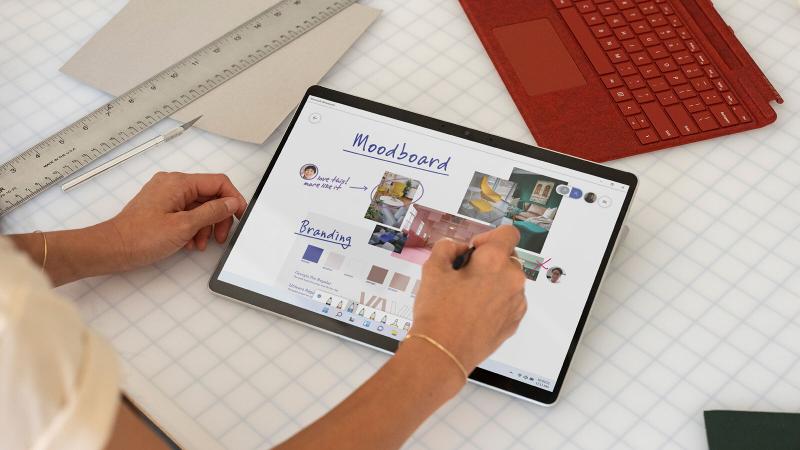 What it doesn’t do on the Pro X is offer haptic feedback which is supposed to create the feeling of pen on paper. This only works with devices that have the G6 processor, such as the Surface Pro 8 and Surface Laptop Studio.

It fits into a recess in the Surface Pro Signature Keyboard, which also charges it. 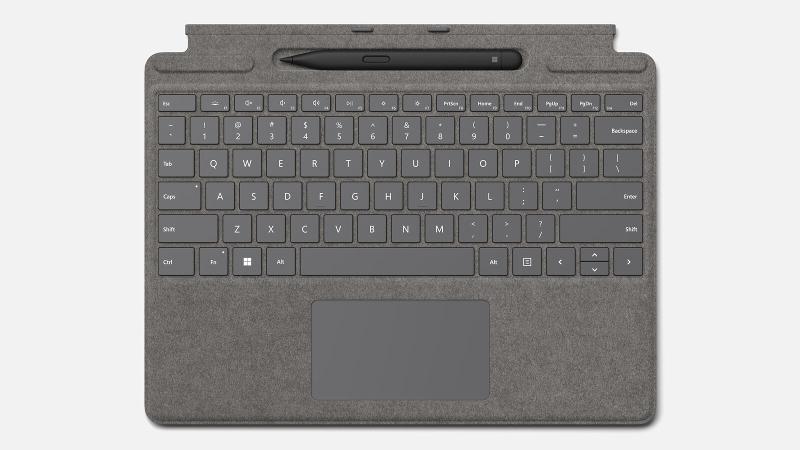 Want more Surface launch goodness? We discuss everything that was announced, alongside the refreshed Surface Pro X in episode 84 of our weekly podcast Fast Charge. We also discussed the affordable new 5G-capable Nokia G50 and our impressions on the first public release of iOS 15.