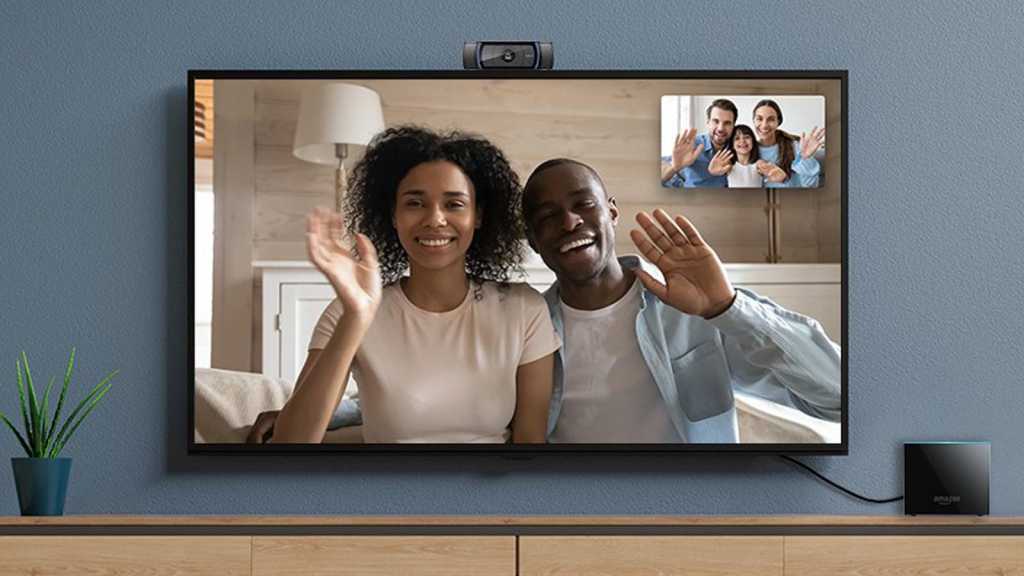 Although it’s limited to the second-generation model only, Fire TV Cube owners will soon be able to make video calls just like you can on an Echo Show or Fire tablet.

You’ll need a supported USB webcam, which is one with at least 720p resolution, able to record at 30 frames per second and UVC support. Amazon recommends 1080p webcams with a field of view of 60 to 90 degrees for the best quality when you’re 6-10 feet from your TV. 4K webcams are not recommended.

Suitable webcams include the:

The other thing you’ll need is an adapter to convert the Fire TV Cube’s microUSB port to full-size USB (also called an OTG – on-the-go – cable). Amazon points out that the Ethernet adapter supplied in the box is no use for this. If you’re using it, you’ll have to unplug it and connect via Wi-Fi. And instead of using an adapter like the ones below, you can use one with both an Ethernet and USB port on it.

The MakerSpot MicroUSB OTG Hub is one such adapter which costs $6.99 in the US and a frustrating £25.40 in the UK.

You can buy such an adapter from Amazon, ebay and other retailers.

Connect your webcam to the adapter and plug it into your Fire TV Cube. You’ll need to hook it over the top of your TV or find some way to mount it so that it faces you.

How to enable video calling in the Alexa app

Assuming your Fire TV Cube is powered on and your TV is set to the appropriate HDMI input, you should see a notification on screen telling you that the camera can be used for video calls. (If you don’t, you’ll need to wait until the update arrives on your Fire TV Cube: it should arrive before Christmas and will be available in the UK, US, France, Germany, Italy, Spain and Canada. In the meantime, you can use two-way audio calling immediately.)

Now open the Alexa app on your phone and tap on Devices at the bottom. Look for your Fire TV Cube in the list.

Tap on it and then tap on the Communications toggle to enable it.

As this point you can also turn on Drop In which allows contacts you choose to be able to start a video call with you on your Fire TV Cube without you having to answer or accept that call. For more, read our guide on using Drop In and Alexa Announcements.

If you don’t have your contacts synced in the Alexa app you’ll need to do so. Tap on the Communications tab at the bottom of the app, tap the person icon at the top and then tap the three dots in the top-right corner. Now tap Import contacts.

How to control video calls with Alexa

You can start a call in the same way as for any other Alexa device with a screen.

To accept an incoming video call (not a Drop In) just say “Alexa, answer”.

Part of the new update also brings responses from Alexa which don’t interrupt whatever you’re watching or the menu if you’re just looking for something to watch.

When you ask Alexa a question while a video is playing, the response will appear in an overlay.