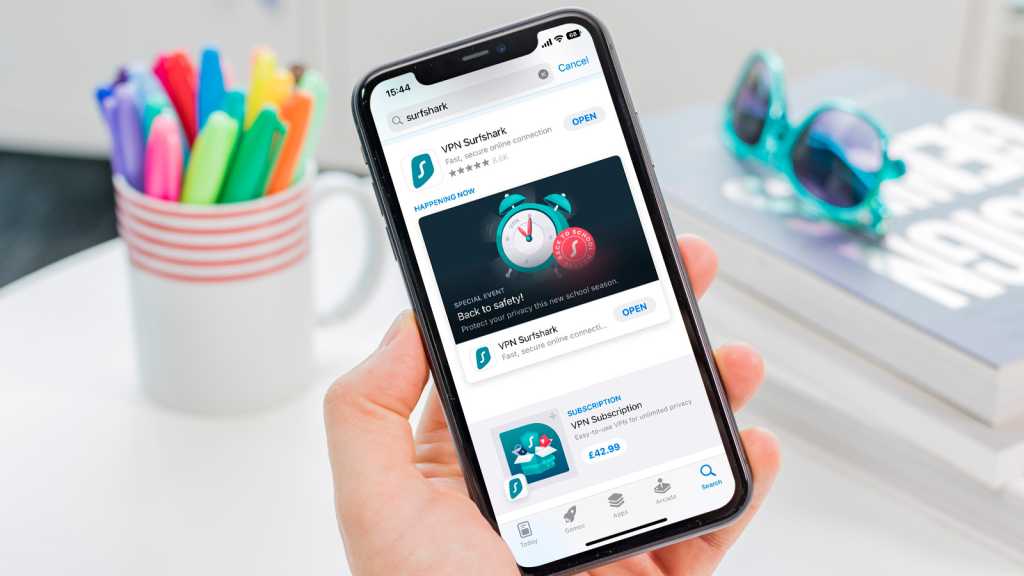 One of the big claims you see on some VPN websites – besides being the “fastest” or the “best” – is that using their service will make you anonymous online.

But is this really true? Can you visit websites, download files and watch videos without anyone knowing who’s doing it?

The answer isn’t a simple yes or no. A VPN does hide your activity, but you can end up revealing your identity in various ways that a VPN can’t protect you from.

That’s why it’s a good idea to understand how a VPN works, and something we’ll explain right here.

It’s also important to know that while you might well think no-one can identify you as you browse websites and use online services while connected to a VPN, what you do online can reveal who you are and no VPN provider should claim to make you anonymous.

A VPN – a virtual private network – does offers better privacy online than not using one. But you can’t swap out the word privacy and use anonymity instead.

When you press the Connect button in your VPN app, an encrypted connection is established between the device you’re using (it might be a PC, but it could be a phone, tablet or even a TV) and a VPN server in the location you chose in the app.

As this connection is encrypted, no-one can intercept and read the data being sent across that connection. And that means no-one can see what you’re up to. Your ISP, for example, cannot log which websites you visit, and no-one can read messages or emails you’re sending, or identify the names or contents of files you’re downloading.

This applies for the encrypted portion of the connection which is illustrated in the image below: it’s encrypted only until the VPN server.

When the data reaches the server, it is decrypted in order to be sent on to the website or web service you’re using. This means the VPN service can see exactly which sites you’re visiting, who you’re talking to, when and for how long.

This sounds uncomfortable, but the reality is that reputable VPN services do not log any of this data, and employees (or the employees of the data centre where the server is located) don’t have access to that data. Plus, a lot of the data is encrypted anyway, as most websites use https and other encrypted protocols to safeguard against prying eyes.

The VPN encryption adds a second layer of protection, which means that any unencrypted information – such as messages or passwords which, through poor security practices – end up getting sent over your internet connection unencrypted, is still made safe.

The connection between the VPN server and website (or web service) doesn’t have that second layer of encryption which means that any data sent in ‘plain text’ could be read by someone that can intercept the connection.

For even better protection, some VPN services offers a ‘double VPN’ or ‘multi-hop’ which means your connection is routed via two (or more) servers, and your IP address is changed each time. Anyone trying to trace the connection in reverse will have a very hard time finding the originating IP address, i.e. your IP address as given to you by your internet service provider.

Although IP addresses are just numbers, they are unique and can give away your real location. Along with other information that’s sent over the internet connection (from your device or web browser) an IP address can be traced back to you personally.

As well as hiding your IP address, VPN services also use different DNS servers to hide your activity. A DNS server is a bit like an internet address book. It translates a website’s name (like www.google.com) to its IP address (such as 8.8.8.8), which is how you can type in a URL and your web browser is able to load the corresponding web page.

Normally, when you use the internet without a VPN, your ISP’s DNS servers are used to do those translations (known as ‘lookups’). Good VPN services, though, not only replace your IP address: they also have their own DNS servers for looking up websites and ensuring that activity is kept private as well.

This is why VPN services claim to make you anonymous.

So why am I not anonymous while using a VPN?

If you sign into a website, you immediately reveal your identity to that website. You’re no longer anonymously browsing. It’s a bit like walking into a shop wearing a badge with your name and address written on it.

Of course, when you create an account for a website, you may not have to give your name and address. It may require only an email address. In that case, the website will only know who you are in the sense that it knows which email address has signed in.

But on many websites will require your name, address, gender, date of birth and payment information, all of which is stored on your account. So when you sign in, the site has a clear picture of exactly who you are.

Even if you enter none of that information, you still leave ‘digital footprints’, a trail of information you leave behind as you use the internet. As mentioned already, this can be data your web browser hands over, or the information your device provides.

While this might be innocuous things like software version numbers, screen resolution, make and model, when there’s enough of it and it’s combined, it becomes a more like a digital fingerprint than a footprint. It’s unique enough that those with the appropriate knowledge and tools can begin to track your activity and maybe even work out who you are.

A VPN certainly makes this process a lot harder, but it’s dangerous to believe you’re truly anonymous simply because you’re connected via a VPN.

You should also bear in mind that, because your data is decrypted when it reaches the VPN server, it means emails, SMS messages and other stuff that doesn’t benefit from encryption without a VPN can be intercepted and read by others.

This is why it’s a good idea to use end-to-end encrypted services such as WhatsApp, especially if you want to share passwords, bank details or other confidential information.

Don’t share that in emails or SMS messages, unless you use an email service that has end-to-end encryption. Google’s Gmail certainly doesn’t.

The bottom line, though, is that VPNs don’t offer anonymity. They do give you extra privacy and security and you certainly should use one – ideally all the time. Use a trustworthy one, too. Here are some of the VPN services we recommend you pick.

But if you want true privacy you’ll have to work a lot harder.