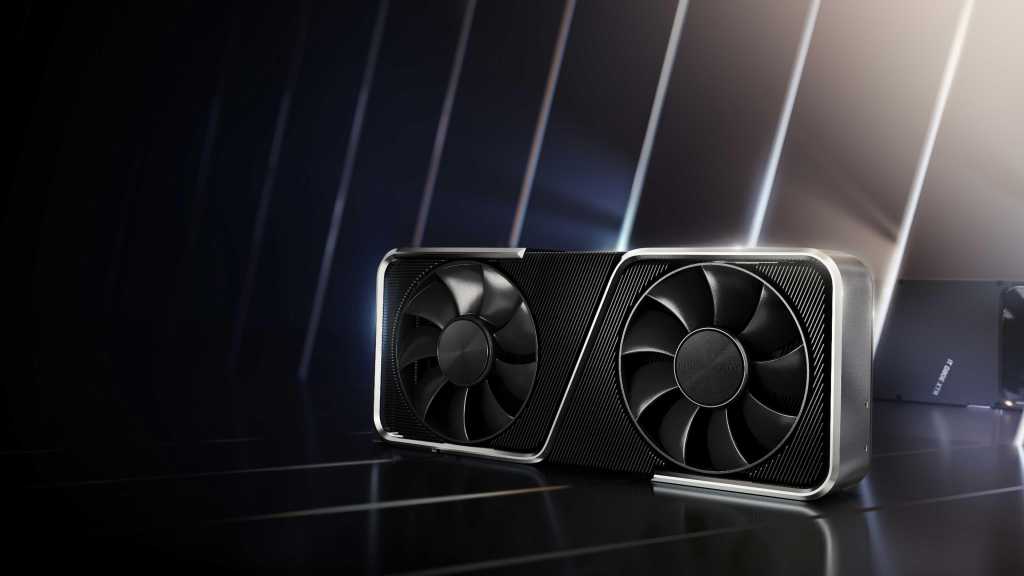 Nvidia has had a busy few months with the release of its heavily anticipated GeForce RTX 30 Series – and it’s not hard to see why. The RTX 30 Series offers a huge leap forward in performance, with even the mid-range card capable of beating the £1000+ last-gen RTX 2080 Ti in benchmark tests – the problem is that makes them very desirable, and simply put, Nvidia and third-party manufacturers can’t get stock out quickly enough to keep consumers happy. The cards are still hard to find today, despite launching back in 2020.

That hasn’t stopped the company from announcing another new addition to the RTX 30 Series: the GeForce RTX 3060 Ti. The budget GPU offers key graphical upgrades without being too hard on the wallet, and it’s now available to buy – where stock is available, anyway. Here’s all you need to know about picking one up in the UK.

If you’re unsure of which is best, take a look at which Nvidia GPU should I buy?.

The Nvidia GeForce RTX 3060 Ti has an RRP of £369 in the UK, although prices will vary depending on whether you go for a stock-clocked or overclocked model from the likes of Asus, Gigabyte and MSI, and the lack of stock is driving prices sky-high too.

Despite that, it’s still the cheapest way to get your hands on a current-gen RTX-capable graphics card right now, beating AMD’s £529 Radeon RX 6800 by a whopping £160, although the release of the standard RTX 3060 in February will take the Ti’s crown.

To further sweeten the deal, Nvidia is offering anyone that buys either an RTX 3060 Ti or an RTX 3060 Ti-enabled PC a free one-year subscription to its Nvidia GeForce Now cloud gaming service – in all countries that the streaming service is available in, anyway.

That’s good news for UK, much of Europe and the US at the very least, saving you £60 over the course of the year.

Following the launch back in December 2020, you can now buy the Nvidia GeForce RTX 3060 Ti from the following retailers in the UK – but with stock selling out within minutes of being listed, it’s difficult to get your hands on one right now:

While the RTX 3060 Ti Founders Edition is still listed on the Nvidia UK site, albeit out of stock, the company has removed the store listing from many of its sites across Europe.

It’s unclear whether this is a temporary move until the company can manufacture enough stock to keep with demand, or whether that’ll extend to the UK site in the coming days, but we’ll certainly be keeping a close eye on the RTX 3060 Ti page over the next few weeks.

The Nvidia GeForce RTX 3060 Ti and its 8GB of VRAM is the cheapest current-gen RTX card you can buy at the moment – until the release of the RTX 3060 in February – but a cheap price tag doesn’t mean cheap performance. As you might expect, the RTX 3060 Ti comes with everything you’d expect from an RTX 30 Series GPU, including ray-tracing technology and AI-powered DLSS support, with Nvidia claiming it’s perfect for 1080p and 1440p gamers that want an upgrade.

“There’s no better way for gamers to enjoy cutting-edge ray-traced games or powering through creative and productivity workflows than with the GeForce RTX 3060 Ti, and the rest of the RTX 30 Series” according to VP of global GeForce marketing at Nvidia, Matt Wuebbling.

You should expect impressive performance from the GPU too, with the company claiming that it outperformed the previous-gen RTX 2080 Super in benchmark tests, a card that costs almost double that of the 3060 Ti at £689. Throw in support for Nvidia Reflex tech, reducing lag to make games feel more responsive, and support for Nvidia’s AI-powered Broadcast tech and you’ve got a powerful GPU perfect for kickstarting your career in streaming.

When was the Nvidia RTX 3060 Ti released?

The Nvidia GeForce RTX 3060 Ti was released on 2 December 2020 at 2pm GMT, just one day after its announcement. It’s certainly a quicker turnaround than with previous RTX 30 Series GPUs, with gamers having to wait weeks to buy after the initial announcement.