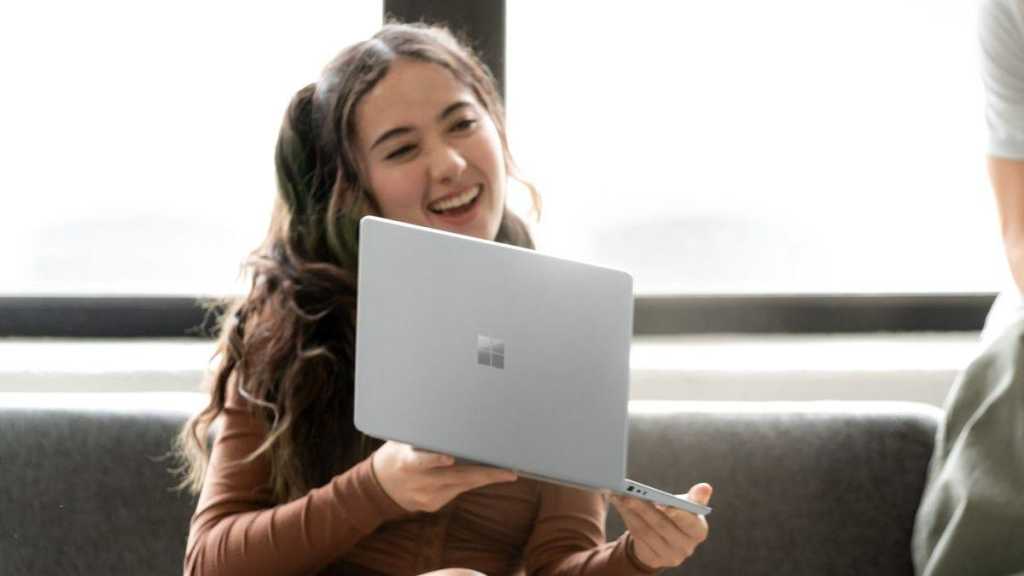 Microsoft typically announces its most significant new hardware in the second half of the year. Any new products in the first six months are usually minor refreshes, and that’s the case again in 2022.

In fact, there’s just one new addition to the Surface family: the Surface Laptop Go 2. Microsoft’s student laptop arrives 20 months after the original, but there aren’t many changes to report. The starting price has changed, but it still just about qualifies as a budget laptop.

Here’s everything you need to know about the Laptop Go 2, Microsoft’s latest affordable clamshell laptop.

When will the Surface Laptop Go 2 be released?

Microsoft didn’t hold an event to launch the Surface Laptop Go 2, announcing it via an official blog post on 1 June 2022.

The device is now available to buy in several countries around the world (including the UK & US), having gone on sale from 7 June.

How much does the Surface Laptop Go 2 cost?

For context, here’s how much the original Surface Laptop Go cost at launch:

What specs and features does the Surface Laptop Go 2 have?

Microsoft often follows the release of a brand-new product with a more iterative second-gen update, and that’s no different here. The Surface Laptop Go 2 is very much in the mould of its predecessor, but there are few changes worth highlighting.

The biggest of these is a move to Intel’s 11th-gen CPUs, with the Core i5-1135G7 used across all configurations. It’s disappointing not to see 12th-gen chips here, but the component shortage may be to blame. That’s what Windows Central’s Zac Bowden suggested in a tweet prior to the device’s launch:

However, the move to Tiger Lake means the Laptop Go 2 now features Iris Xe integrated graphics, a significant upgrade over the UHD version found in the original device. Starting RAM remains at just 4GB, but most configurations offer 8GB instead.

Choosing the cheapest model no longer means being stuck with 64GB of eMMC storage. You now get a removable 128GB SSD, with 256GB still available on more expensive models.

There are also now four colour options to choose from, with the existing Ice Blue, Sandstone and Platinum joined by a new Sage. This subtle green hue may prove popular with the Laptop Go 2’s student target market.

You also now have Windows 11 Home pre-installed (provided you opt for the consumer version), but the upgrades end there. The touchscreen display is still a 12.4in, 1536×1024 LCD display at the standard 60Hz refresh rate.

Microsoft says the webcam is “upgraded”, but it remains limited to 720p resolution. With no separate IR sensor, the Laptop Go 2 it can’t be used for Windows Hello face unlock. Your best alternative is the fingerprint sensor built into the power button, although that’s not available on the entry-level model.

Surface Connect is still the main charging method, and Microsoft says it’ll get from 0-100% in just over an hour. It’s joined by just one USB-C, one USB-A and a 3.5mm headphone jack, all within a 15.7mm chassis.

As usual, we don’t know exactly how big the Surface Laptop Go 2’s battery is. Microsoft’s claim of 13.5 hours of “typical device usage” is slightly higher than the 13-hour claim on the original, but that’s probably due to the improved power efficiency of 11th-gen Intel chips. The actual battery capacity is unlikely to have changed.

Despite some changes in pricing, the Surface Laptop Go 2 is still more expensive than most entries in our budget laptop chart. The device is designed with students in mind, but there are plenty of other Surface computers to choose from.