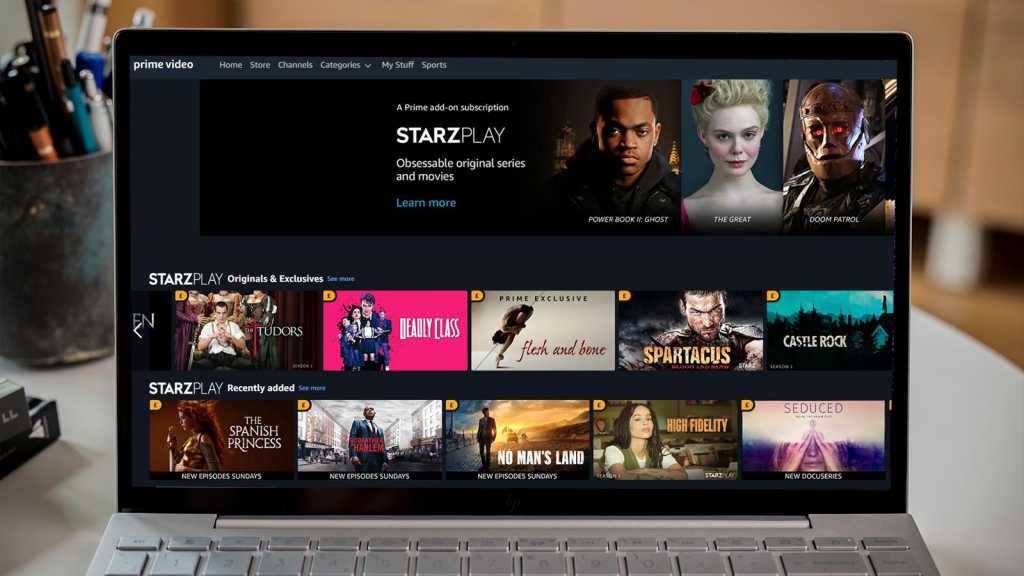 You can now access 6 months of Starzplay for £1.99 per month, reduced from £4.99. You can claim the offer via Amazon Prime Video, Rakuten TV or Virgin TV.

We saw a similar offer last Black Friday, where Amazon Prime Video offered Starzplay for £0.99 per month for three months – but the current deal offers even more value for money.

As this is an additional channel on Amazon, it’s only available to subscribers of Amazon Prime Video. You can check out the Starzplay deal here.

Starzplay is the streaming equivalent of US cable channel Starz and includes a mix of critically acclaimed original shows and Hollywood blockbuster movies. Highlights on the channel at the time of writing include Veronica Mars, Sicario, the Hunger Games series, Doom Patrol, Dirty Dancing, Pennyworth and Castle Rock.

Once the six-month promotion is over, the price will go back up to £4.99 per month. However, users can cancel their subscription at any time.

If you’ve not heard of Amazon Channels before, they’re basically additional streaming subscriptions that you can add on top of your Prime Video account, with a mix of live content and catch-up drawn from TV channels, film studios, and even rival streaming platforms.

You can read more in our explainer article and check out further benefits on the Amazon website.

There is also way to watch the American version of Starz outside of the UK, but this costs $8.99 per month, plus whatever costs you have for your VPN to sign up for an account and access the geo-blocked website. Therefore, providing Starzplay has everything you want to watch, this Black Friday deal is better value for money.

If you’ve not got Amazon Prime Video, you can sign up for this as a standalone film and TV subscription for £5.99 per month.

Alternatively, you can sign up for the full version of Amazon Prime for £7.99 per month/£79.99 per year, which also grants you access to next-day delivery, Prime Music, eBooks and Prime Day sales – students can also get Prime free. Sign up on Amazon’s website.

You can check out further deals that are available this week via our best tech deals roundup.