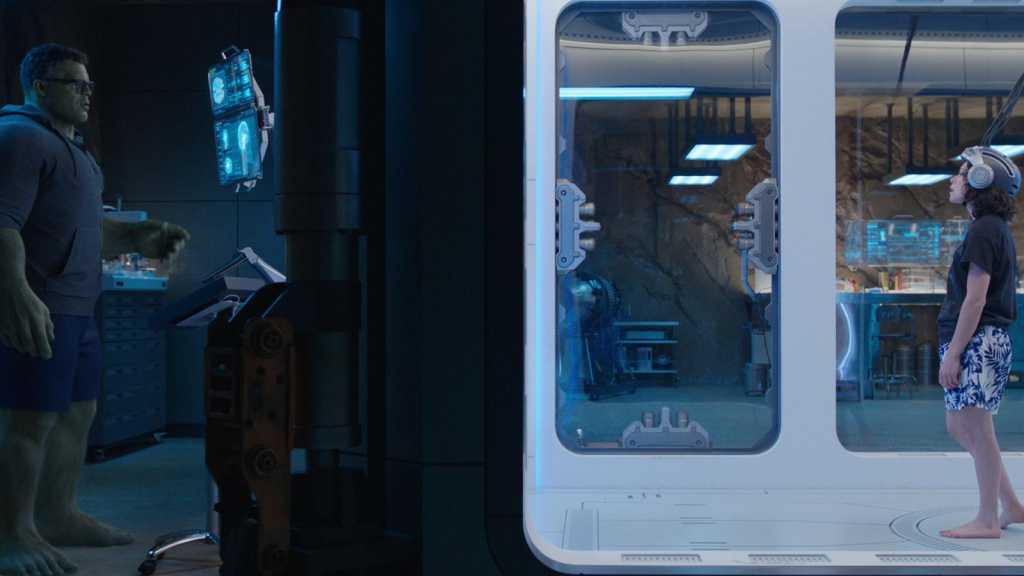 The final live-action Marvel series of 2022 is She-Hulk, starring Orphan Black’s Tatiana Maslany as the only-slightly-less-muscular cousin of the big green guy.

This new series will make up a crucial part of phase four of the Marvel Cinematic Universe.

We’ve rounded up everything we know about She-Hulk, including the casting, release date and plot details. Keep on reading for more information, and check out the best TV shows on Disney+ right now.

When does She-Hulk start?

She-Hulk will release on 18 August 2022. Like other Disney+ series, episodes will release weekly – but the show has been moved from the traditional Wednesday slot to Thursdays. The show will consist of ten episodes in total.

You can also read our guide on which Marvel movies and shows to watch before She-Hulk airs.

Is there a trailer for She-Hulk?

Yes – the first trailer for She-Hulk is here, which shows Jennifer Walters struggling to balance her new green powers with her career. It does, however, seem to have its benefits when it comes to her love life…

The second trailer for She-Hulk was released at comic-con, and features the return of Wong and Matt Murdock/Daredevil:

The date clip shows Jennifer having success in her love life:

The Call My Lawyer clip gives us a look at the villain of the series, Titania:

There is also the official poster for the series:

The second official posted shows off Jennifer in her human form:

Who’s in the She-Hulk cast and crew?

Tatiana Maslany will star in the main role of She-Hulk, also known as Jennifer Walters (via Deadline). Maslany is best known for starring in Orphan Black, Perry Mason and the film Stronger and Destroyer.

The casting was confirmed by Bruce Banner himself, Mark Ruffalo, on Twitter:

It’s no surprise that Ruffalo made the announcement, as it’s since been confirmed by Disney that he will also appear in the show as Bruce Banner/Hulk. Judging by the trailer, he’ll be playing a substantial role in the series.

There’s another returning actor too, with Tim Roth reprising his role as the Abomination – last seen in the Edward Norton film The Incredible Hulk, which is technically part of MCU canon but often forgotten since Norton was re-cast by the time the first Avengers film rolled around.

Joining them will be Ginger Gonzaga. According to Deadline, Gonzaga will play Walters’s best friend. We now know that this will be Nikki Ramos. a paralegal extraordinaire.

Deadline revealed that Renée Elise Goldsberry will play a character called Amelia. Details about the role are being kept under wraps. Goldsberry is best known for playing Angelica Schuyler in the Hamilton movie on Disney Plus and is also one of the leads of the new Tina Fey led show, Girls5eva.

Radio DJ and star of The Good Place, Jameela Jamil, has been cast in a major role for the series. She will play Walter’s nemesis, Titania, a woman who gains superpowers from Doctor Doom.

Josh Segarra (known for The Electric Company, Sirens, and Arrow) is also part of the show, but his exact role is unconfirmed.

The second trailer revealed that Charlie Cox will reprise his role as Matt Murdock/Daredevil – which is fitting, as this is a series about lawyers. His character and storyline has already been expanded upon with Spider-Man: No Way Home and Hawkeye.

The second trailer also revealed that Benedict Wong will reprise his role as Wong, best known from the Doctor Strange series.

Jessica Gao will serve as the lead writer of the series, best known for being the mind behind the Rick and Morty Pickle Rick episode.

Kat Coiro has been tapped to direct numerous episodes of the show, including the pilot. Coiro is best known for her work on the sitcoms It’s Always Sunny In Philadelphia, Shameless and Brooklyn Nine-Nine.

Anu Valia will also be directing. Valia wrote, shot and directed the Sundance Film Festival winning short film, Lucia, Before and After. She’s also directed episodes of several shows, including Never Have I Ever and Mixed-ish.

What about the She-Hulk plot?

Like many other MCU Disney+ shows, She-Hulk will be an origin superhero story. If you’re not yet familiar, Jennifer Walters is a lawyer and the cousin of Bruce Banner – better known as Hulk.

In the comics, Walters is gunned down by a criminal who is seeking revenge. To save her life, Banner performs an emergency blood transfusion. In doing so, he passes on a portion of his gamma radiation onto her – solidifying her transformation into She-Hulk.

The trailer seems to reveal that Banner’s blood may get mixed with Jennifer’s by accident during a car crash, rather than via a transfusion.

The second trailer shows that Walters is pretty comfortable with her new powers – and perhaps has even more strength than her cousin. However, she really wants to focus on her career as a lawyer. She has the opportunity to marry the two when her firm sets up a brand new division created for superheroes.

Fortunately, Walters doesn’t share her cousin’s uncontrollable rage issues, so she can continue to work as a lawyer even when in Hulk mode. Disney has described the show as a ‘legal comedy’, so we imagine that this will be a little less gritty than Netflix’s Daredevil – another show that combined the worlds of law and superheroes.

Co-director Kat Coiro revealed to IGN that there will be “some big surprises coming regarding the fourth wall”, which characters will break frequently throughout this show.

How to watch She-Hulk