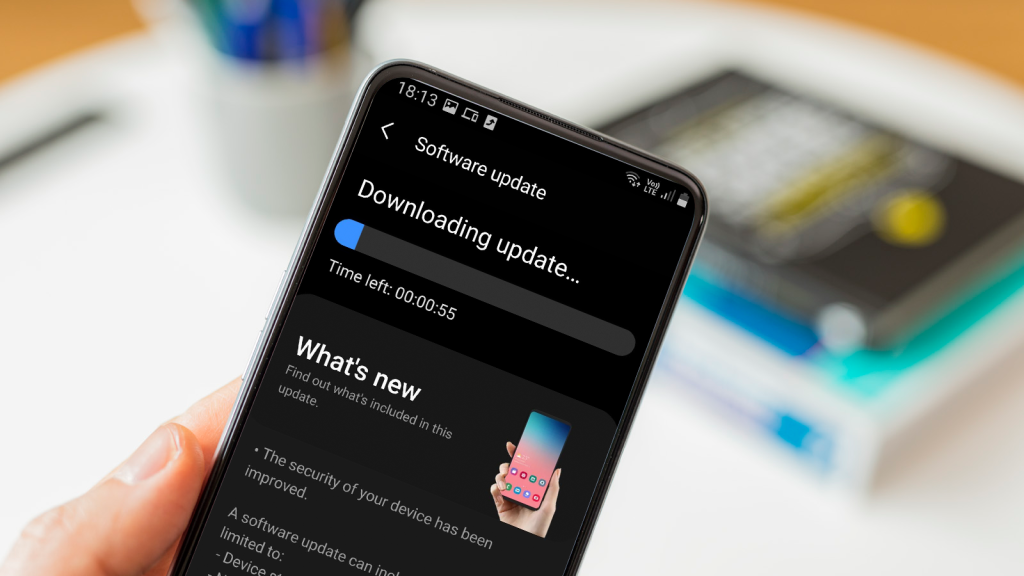 There’s been much made of the ‘fractured’ nature of Android, with many phones not getting updates to the latest version of Google’s operating system until months after its release… or not at all.

This is in stark contrast to Apple’s iPhones, which often stay on the newest version of iOS several years after they were first released. So, which brands are the best for keeping their Android devices up to date?

Why don’t all Android phones get the latest version of the OS?

There are several reasons why some Android handsets get updates, while others are left out in the cold. The first thing to consider is how many different models each manufacturer offers. Every year, Apple only adds a maximum of around four iPhones to its line-up, so cumulatively, the number of iOS devices it needs to support is relatively low.

This isn’t the case with Android, where some of the biggest manufacturers release double that number or higher, each year; flooding the marketplace with new devices; all of which need dedicated support. Some carriers/networks also need tailored updates to push to their specific build of a device too, which can also cause delays (although this seems like less of an issue nowadays). Due to all this, some brands will often prioritise their flagship devices, with the cheaper models given short shrift.

In other cases, the ‘skins’ or interface overlays used by many brands need to be optimised and bug-checked to ensure they work with the newer OS releases, which is one reason for delays.

Google has addressed this in recent years, using the Google Play Services app as a way to introduce newer features without the need for an entire operating system update, but security patches still need to be applied at the OS level (though these are separate from Android version updates).

There are exceptions though, with the Android One program existing to help devices stay on the latest version of the OS, all while bringing a clean, stock interface that reflects Google’s ideal interpretation of Android.

Phones running Android One usually stay up to date for a guaranteed two years after release, so if you want the latest features, those are models worth looking out for.

Which brands are the best for Android updates?

Here’s a selection of the manufacturers which have committed to releasing regular updates and often support older models for longer.

Until recently Samsung was one of the worst offenders for keeping its Android devices up to date and that primarily stemmed from the fact that it releases so dang many of them. However, in a surprising and positive move in February 2021, the company vowed to offer four years of Android security updates to devices it’d launched from 2019 onwards, regardless of standing (Galaxy S Series, A Series, M Series and the like).

This comes on top of a promise to deliver three years of OS updates to numerous S, Note and even A-series devices, starting with entries like 2020’s Galaxy A51 and even 2019’s Galaxy A90 5G.

It then upped the ante with the launch of the Galaxy S22 range in early 2022, vowing to provide “up to” four years of OS updates and five years of security updates to not only the S22 range but 2021’s flagship phones too (covering the Galaxy S21, S21+, S21 Ultra, S21 FE,  Galaxy Z Flip 3 and  Galaxy Z Fold 3), outpacing even Google in keeping its top devices relevant for longer.

While security updates arrive on a monthly or quarterly basis, the question remains about how quickly these promised OS updates will reach supported devices. The fact that Samsung is promising such long-term support at all has raised its profile enormously, in regards to this particular feature, however.

Until Samsung’s bold new promise alongside the arrival of the S22 range, it made perfect sense that Google sat proudly at the top of this list; it does create each new version of Android, to be fair. If you have one of its Pixel range of phones, then you are guaranteed three years of major OS updates, all of which usually come out on day one or not long afterwards.

If you want the latest version of Android for the next few years, all in the way that Google intended for it to be experienced, then buying a Pixel 6 or Pixel 6 Pro is currently your surest bet.

Another problematic OEM for the longest time has been LG but considering the timing, its standing, too, is about to change.

Even though the company has now shuttered its mobile business, in the same move it also vowed to supply at least three years of Android OS (and security) updates to a number of its key devices, spanning as far back as 2019.

While the entirety of the company’s mobile portfolio since 2019 isn’t covered by this promise, it’s a great move that benefits consumers and earns our respect.

OnePlus has been great at offering timely and clearly signposted updates to its entire range up until now, but things are potentially about to change.

Back in June 2021, OnePlus confirmed news of further integration with its sister company, Oppo; the codebases of OnePlus’ OxygenOS and Oppo’s ColorOS would be fusing; making for a more stable foundation and an easier update path. In the same breath, OnePlus expanded upon (in a post on their forums on 3 July 2021) committing to multiple years of OS and security updates across the entirety of the current (at the time of the post) range.

The OnePlus 10 Pro’s subsequent launch in China painted the clearest picture yet of the changes to the company’s software strategy, with the phone arriving on Oppo’s ColorOS 12.1 (based on Android 12). Internationally, the 10 Pro is still expected to arriving running OxygenOS, although it’s assumed that the experience will be practically identical to that of the Chinese ColorOS build in everything but name.

Prior to the 10 Pro’s Chinese debut, the company had managed to push Android 11 to all of its 2020 flagships (the OnePlus 8, 8 Pro and 8T – although the 8T actually launched running Android 11) before the year’s end; with entries like the mid-range OnePlus Nord and older top-tier models, like the OnePlus 7 series all enjoying a bump up to 11 as of April 2021.

While the Finnish company might not be the powerhouse it was back in the heyday of feature phones, it still has a good selection of devices at differing price points, pretty much all of which feature Android One. This means that they’re guaranteed two years of major updates, with the delivery times usually close to release.

The company hit a slight snag, delaying the first of its Android 11 updates – destined for the Nokia 8.3 5G – into 2021, but since then we’ve seen a steady stream of new firmware, affecting devices across the range.

Market analysts Counterpoint Research had Nokia at number one for updates when it released its report in 2019, while AOSMark (which tracks security updates) currently has the company in the number four slot, behind the likes of Google and OnePlus.

While the company is still in the early stages of permeating into new markets outside of its native China, Yujian Shi – Vivo’s senior vice president and CTO – confirmed in early May 2021 that smartphones in its flagship X Series that launch after July of that year would all come with the guarantee of at least three years of major Android OS updates and security updates.

“Featuring top of the line hardware, the X series flagship phones are built to last – and we want to make sure that our customers get software support that lives up to their expectations,” said Shi.

This commitment affects Vivo devices in European, Australian and Indian markets, at present.

Best of the rest

Alongside Samsung and Google, there are several brands that are working hard to ensure that the new updates arrive quickly and on a good selection of their devices. Among these are Xiaomi (including Redmi), Oppo, Sony, Motorola and Realme.

In a conversation with Android Planet in May ’21, Oppo spoke about its intentions to extend monthly Android security update support to its then-latest flagship phone line – the Oppo Find X3 series – by an additional year (bringing it to a total of three, up from two). In addition, Oppo stated that it’s considering extending this to four years across a wider array of devices, although no official press release on the matter has yet been issued.

On 9 September 2021, Xiaomi committed to three years of Android OS updates and four years of security updates for its Mi 11T Series smartphones (namely the Mi 11T and 11T Pro). The company’s press release on the subject also stated, “though other devices are not included at this time, Xiaomi believes this reflects a positive change,” hinting at the potential for wider device support in the future, which we’ll undoubtedly report on as and when it comes to light.

For more information on the newest iteration of Android, read our guide to Android 12 and be sure to check out our roundup of the best Android phones, now that you know which ones are most likely to be updated in the years to come.