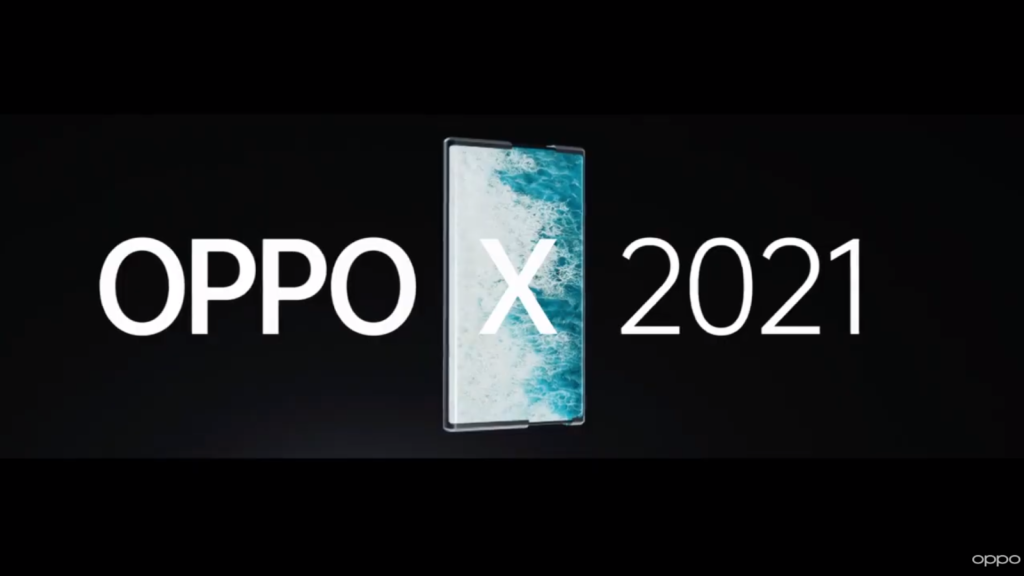 At its Inno Day 2020, Oppo announced a new kind of smartphone form factor aiming to overcome some of the downsides of a foldable design. The Oppo X 2021 concept device has a rollable display instead.

The innovation day is where Oppo unveils new tech and ideas and as rumoured, has announced a ‘scroll phone’. This means it can expand sideways from a 6.7in display up to 7.4in much like opening a scroll.

The Oppo X 2021 works thanks to a continuously variable Roll Motor Powertrain so the display can be any size between the minimum and maximum. Two motors apply a constant force to move the OLED screen uniformly and avoid damage.

It works much like LG’s Signature OLED R rollable TV but a scroll diameter of just 6.8mm means it can fit into a smartphone chassis.

Oppo says it has applied for no less than 122 patents relating to the handset, with 12 specific to the scroll mechanism. 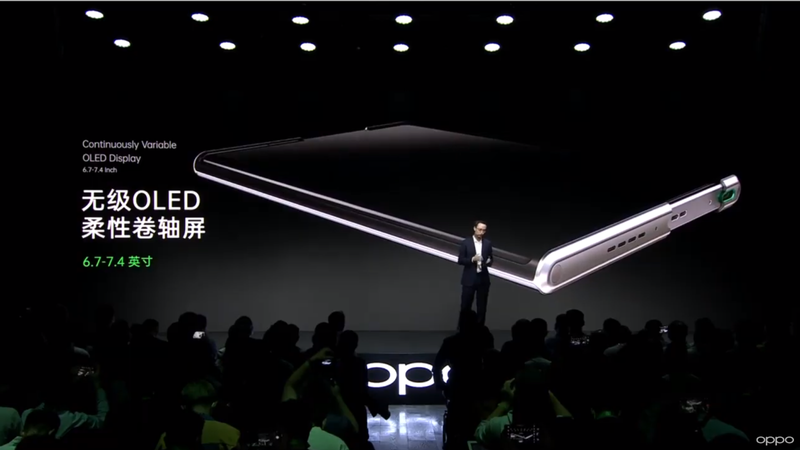 A 2-in-1 plate, which works like wooden slats on a pull-out bed, keep the screen supported, flat and without the infamous crease that folding phones have.

Added to the tech is a Warp Track high-strength screen laminate which Oppo liked to tank tracks. The laminate is made from high-strength steel and is only 0.1mm at its thinnest point. 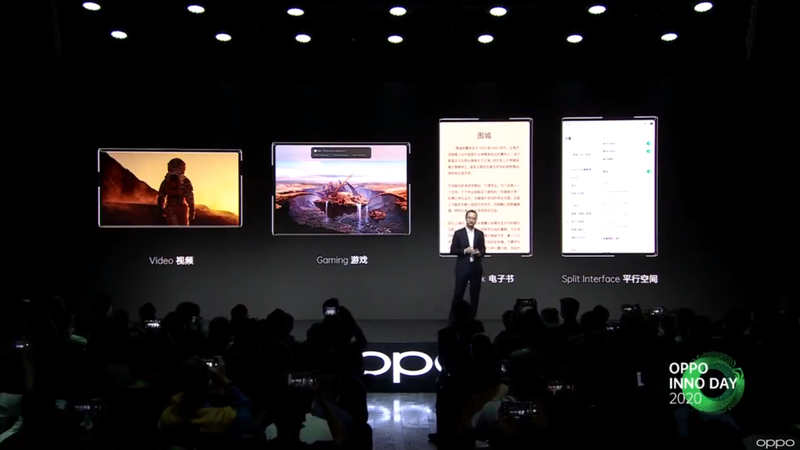 Since the screen can be various different sizes Oppo showed how you could adjust it for different tasks like watching video, gaming, reading an eBook or multi-tasking.

Although still a long way from mass production and hitting retail shelves, it’s a glimpse of where the smartphone market could go beyond folding phones. It’s a similar concept to the one LG teased at the end of the LG Wing launch event.

Oppo also announced a new wearable device in the form of the AR Glass 2021, a pair of augmented reality glasses with a ‘split design’. This means the glasses are connected to a smartphone with a cable for power and processing power. 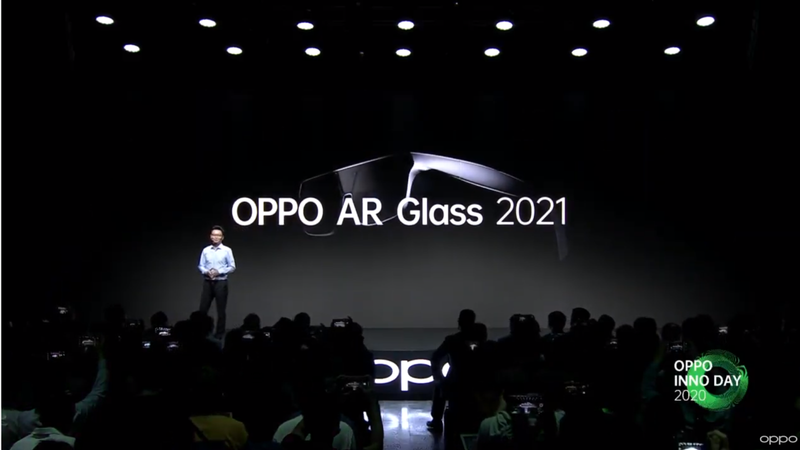 The change means they are 75% lighter than the previous model with a 40% increase on CPU and GPU power. Oppo says it’s like looking at a 90in TV from 3m away and hand tracking is accurate with 21 markers.