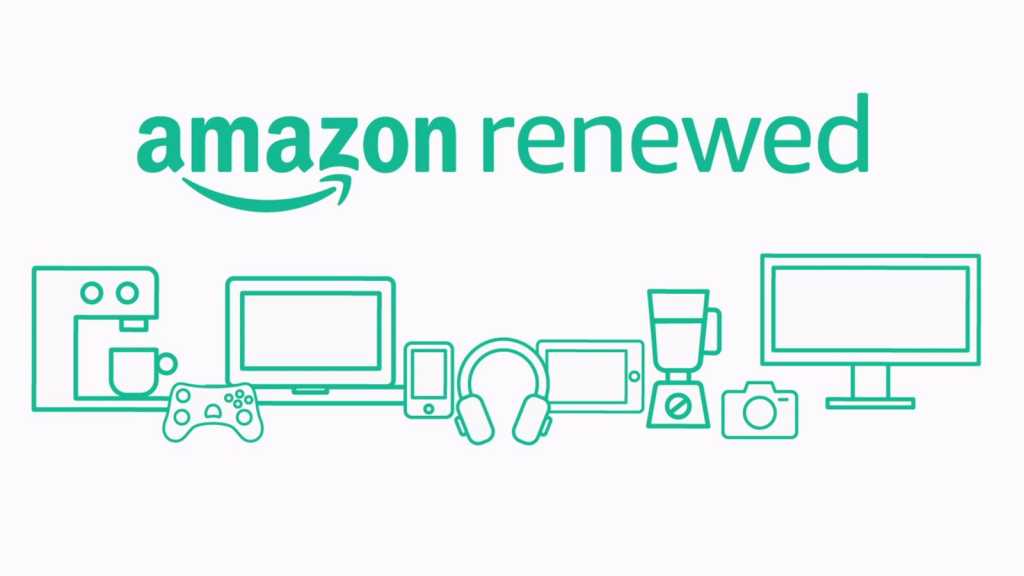 It might sound like the latest instalment in the Wonder Woman movie franchise, but Amazon Renewed is more about saving money than the universe.

With Renewed you can find some real bargains on tech products, so long as you’re happy with them being in excellent condition rather than fresh from the factory. We explain what you need to know about Amazon Renewed and why you should give it serious consideration when buying your next smartphone, tablet or PC.

What is an Amazon Renewed device?

To save money on the ever-increasing prices of phones and other tech, many people turn to the second-hand market. While this can certainly net you a bargain, there are also risks involved in terms of reliability, the trustworthiness of the sellers, not to mention what you can do if the device suddenly goes wrong a week after arriving.

This has given rise to a number of retailers that sell refurbished or renewed products, all of which usually come with warranties, a modicum of support and the backing of an ongoing business rather than some chap on eBay. These products are given thorough inspections and even have parts replaced if they’ve developed problems, making them almost as good as new, but with a lower cost.

Why should I buy from Amazon Renewed?

Amazon Renewed is the retail monolith’s entry into this second-hand market, giving customers the chance to get the devices they want at a price they can afford, while having the security of the Amazon brand.

Each product with the Amazon Renewed badge has been inspected and tested by qualified technicians so that they work like new. They also get a thorough cleaning and set up so that they’re close to how they looked when they first left the factory.  Amazon covers renewed devices with a one-year warranty, which you can use to get a refund or a replacement device if your one doesn’t work as it should.

It isn’t just phones, tablets and laptops. These can all be found on Amazon under the Renewed scheme:

Obviously, these are still second-hand products, so there will be a few signs of use, but Amazon guarantees that each one will have no visible cosmetic imperfections like scratches that can be seen when the device is held 12 inches (30cm) away, and all batteries are tested so that they have at the very least 80% the charging capacity as compared to when they were new.

Not all of the renewed products are supplied directly by Amazon, but all suppliers have to adhere to these standards in order to offer devices through the store. So, whichever one you buy you know it will be covered by the same warranty and quality control measures.

How does Amazon Renewed work?

To find renewed devices, you can either search on Amazon as you normally would, then look out for products that have (Renewed) in the title, as you can see from the iPhone 8 example pictured below.

Otherwise you can visit the Amazon Renewed section of the site where you can browse for smartphones, laptops, tablets, cameras and various other products.

When you find one you like, just purchase it as normal. That’s it. Then, hopefully, within a few days you’ll have the device in your hands. Should anything not be quite right, contact Amazon Customer Service to let them know the problem and you will either be issued a refund or have a replacement device sent out as part of its normal returns policy.

How much can I save by using Amazon Renewed?

Obviously, this will vary from device to device, but as an example, at the time of writing we were easily able to find an iPhone XR 64GB for £379 in the UK and $381 in the US, with the same version new from Apple costing £499/$499.

Some prices are slightly more or less than others, depending on who the seller is, but for the most part they only seemed to fluctuate by a few pounds or dollars.

Are there any alternatives to Amazon Renewed?

There are quite a few companies that now specialise in either graded second-hand phones or refurbished models. With the former, you’ll find excellent options on Music Magpie, SmartFoneStore and 4Gadgets, all of whom give different tiers for used models so you know how pristine they will be. All are covered by money-back guarantees, so you don’t have to stress out when spending money on a second-hand device.

One of the best options for iPhone and iPad fans is Apple’s own Refurbished store. This isn’t awash with devices, but the ones that routinely appear in the store are refurbished by Apple so that they are essentially new. All even get the same warranty as brand new products you find in the main store, with the bonus that you get around 15% knocked off the price.

For more details on delving into the used market, take a look at our guide on why you should buy a second-hand phone and the differences between used and refurbished tech. Of course, you should also keep an eye on our roundup of the best smartphone deals if you still prefer being the first to open the box.