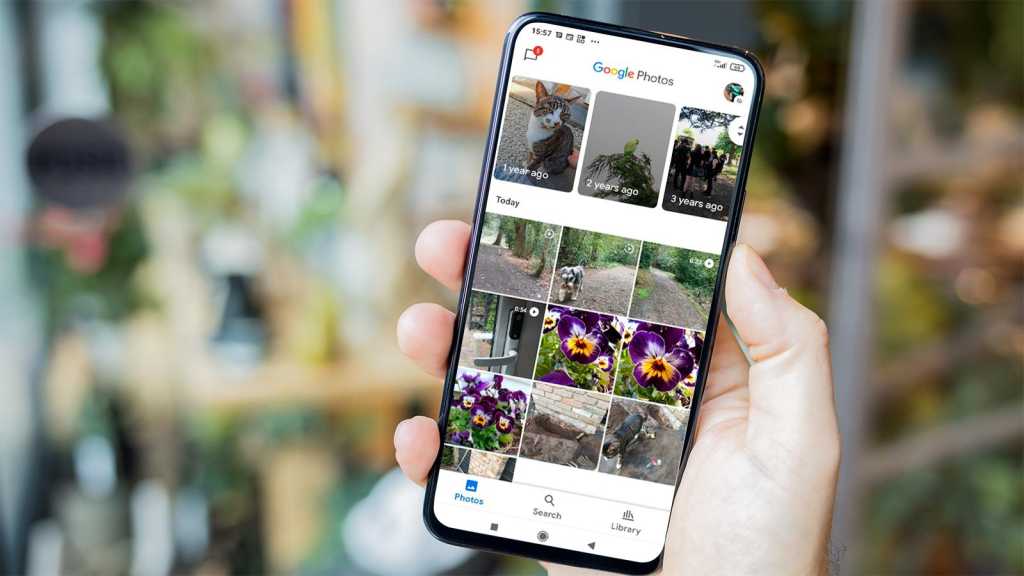 It feels like Google Photos has existed a whole lot longer than the five years it’s been around. By 2019 the service had attracted over 1 billion users, meaning that Google’s recent decision to stop providing free unlimited storage is a huge blow to, well, more than a billion people.

As of 1 June 2021 any photos or videos you upload, or which are uploaded automatically by the app, will count against your 15GB of Google storage, or however much storage you have with your Google account.

Only Google’s own phones – the Pixel 2 through to 5 – will be exempt from the new rules. If you own one, here’s what happens now:

For everyone else, you get to keep your uploaded photos and videos, but anything uploaded on or after 1 June will count against your Google storage.

Technically, you don’t need to do anything differently now because photos and videos you take on your phone will still be uploaded to Google Photos as normal, even after 1 June. But uploads (backups) will stop when your Google storage is full.

This means those images and videos will stay on your phone and won’t be backed up in the cloud. That may be ok with you, and it doesn’t mean you can’t view those photos in the Google Photos app on your phone and benefit from all the great features such as automatic tagging, the subject-based search (such as “cats” or “cars”) and the automatic creations such as animations and videos.

Aside from the fact you no longer have an online backup of your photos and videos, you won’t be able to access them in Google Photos from any other device.

I love being able to quickly find a photo in web browser version of Google Photos, but once your storage is full, the web version won’t update with new photos and videos.

Google has changed the name of ‘High quality’ uploads to ‘Storage saver’.

This is a tacit admission that this option, which compresses photos and videos and doesn’t store the original-quality files (except for photos 16Mp or under), isn’t really high quality at all. So you may want to rethink your options and start uploading at Original quality.

If you don’t want to pay for Google One storage – see below – then here are the best alternatives to Google Photos.

How can I free up Google Photos storage space?

You can clear out large files taking up space in your Google storage. But this is only a temporary fix as that space will fill up again with photos and videos sooner or later.

Google is also rolling out a tool that identifies blurry, dark photos and large videos so you can choose which ones to delete to free up space.

Don’t forget, though, that your 15GB of free storage is used by Gmail and Google Drive as well as Google Photos, so you’ll need to keep some storage free if you want to keep receiving emails and creating new Google Docs or uploading files.

You’ll have received an email about the change and in it is a link to a personalised estimate of when your free storage will fill up, so it could be months or years depending upon how many photos and videos you take.

If you missed it, open the Google Photos app and look in the Manage storage section (under Backup & sync) to see the same estimate. 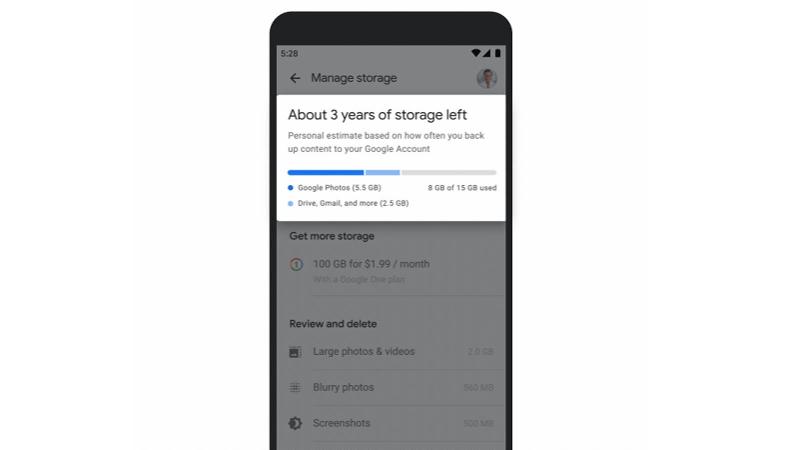 Get more Google Photos storage with Google One

Ultimately, if you want to continue backing up to Google Photos you’ll have to pay. This isn’t as expensive as you might fear. The service is called Google One – a sort of combined storage and VPN service.

Upgrading to 100GB is less than £2/$2 per month and you can have up to 2TB if you need it. Check out our full guide to Google One for more on the costs and benefits of the service.

If you do add more storage to Google Photos, this is a great excuse to make sure all of your photos and videos are backed up there, so make sure to check out how to upload every photo & video you have.

What other options do I have to back up photos and videos from my camera roll?

If you prefer, you can sign up to one of the best cloud storage services which may offer even more storage or – better still – a lifetime plan which means you pay once for a set amount of storage and there’s then no subscription fee to pay after that.

The pCloud app for Android and iOS offers automatic backups of your camera roll too, so you won’t have to do anything – just like Google Photos.

Obviously you lose the great features of Google Photos mentioned earlier –  plus the photos and video editing tools. Which is why you might prefer to pay for Google One storage instead.

Unfortunately, there are no free services which are equivalent alternatives to Google Photos. If you have a NAS drive, you can probably use it to back up your camera roll. As for online services, iCloud isn’t free and neither is Flickr (which now limits free users to 1000 photos).

For more details on those, see our roundup of the best alternatives to Google Photos.

If you decide to move to a new storage solution, don’t worry – there’s an easy way to download all your photos and videos from Google Photos in one go, so that you can re-upload them to your new backup.

We discussed the changes in our weekly podcast Fast Charge, which you can watch right here: