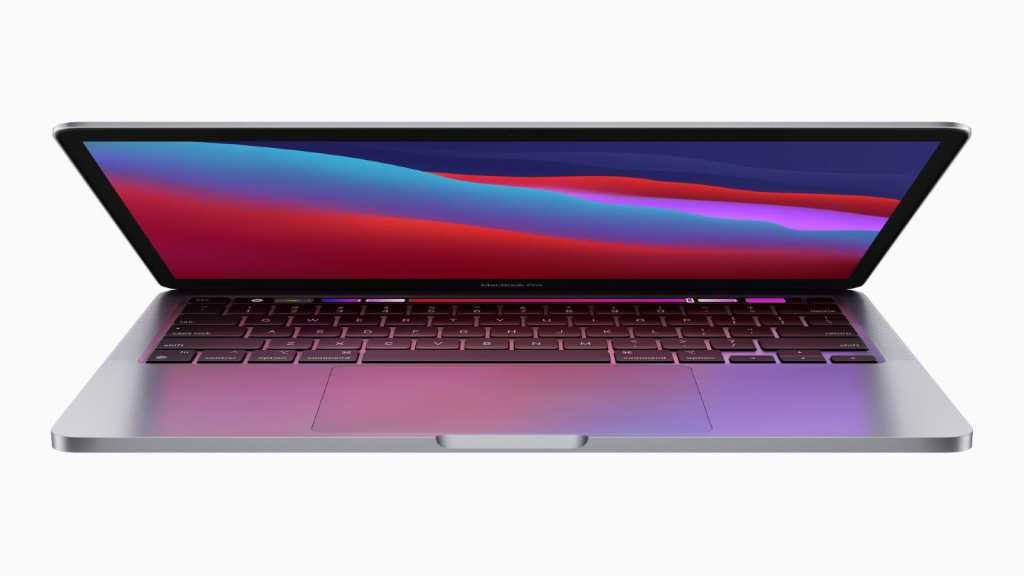 Apple’s November event, its third in as many months, brought about a seismic change for the Mac. Apple Silicon, the company’s ambitious project to design and build all its PC and laptop processors in-house, officially got underway with the release of the M1 chip. It comes with a host of big claims, including significant improvements to both performance and power efficiency.

The first three devices it will run on were also revealed, which include a successor to of the Intel-based MacBook Pro that debuted as recently as May. Here’s all you need to know about the most expensive Apple Silicon device to date.

When will the MacBook Pro with M1 be released?

The new MacBook Pro with M1 was unveiled at Apple’s virtual event on 10 November, with pre-orders live immediately. Apple suggested it would go on sale sometime during the week beginning 16 November, but a specific release date is not yet known.

How much will the new MacBook Pro cost?

Despite claims of huge performance and power efficiency, the M1 MacBook Pro will start at exactly the same price as its Intel-based predecessor: £1,299/US$1,299. This is presumably to make the transition to Apple Silicon as smooth as possible, especially considering new technology often leads to an increase in price.

However, unlike the new MacBook Air, Apple will continue to sell high-end versions, including the only 13in Pro with a 1TB SSD. Here are all four devices you can currently buy on the Apple website:

You can pre-order both variants of the MacBook Air with M1 right now from the Apple Store in the UK and the US, with orders shipping on an unspecified date next week. However, you can already get a discount by pre-ordering both M1 MacBook Pros from KRCS. The 256GB model is available for just £1234.06, while you can get the 512GB variant for £1424.05.

The 16in MacBook Pro still runs on Intel Core i7 and Core i9 processors, but we’re not expecting it to be long before it gets the Apple Silicon treatment too.

What’s new with the MacBook Pro with M1?

Aesthetically, the new MacBook Pro is identical to the Intel version that was released just a few months ago as. It’s got the same 13.3in Retina display, same Magic Keyboard with Touch Bar and same £1,299/US$1,299 starting price.

The big change, of course, is the move to an M1 chipset under the hood. With the company already designing its own processors for the iPhone and iPad since the inception of those two devices, it would appear to be the logical next step. We’ve seen just how good the A14 Bionic chip on the iPhone 12 Pro Max and latest iPad Air can be, so it’s perhaps no surprise to see Apple try its hand at Mac processors.

We’ve described the M1 chip as a processor in this article, but technically it’s much more than that. The 8-core CPU is combined with an 8-core GPU and built-in RAM for a truly integrated solution known as a system on a chip (SoC). M1 comes with a host of big claims, including being faster than 98% of PC laptops released in the last year.

What does this mean for the new MacBook Pro? In theory, it will lead to significant performance gains, making the device a powerhouse to rival the very best laptops you can buy. Half of the 8 cores are dedicated to performance, with the other four prioritising efficiency. That means the 5nm M1 chip on the MacBook Pro will be able to scale up and down its performance depending on the workload, which should extend battery life. Apple is now claiming up to 17 hours of wireless web browsing or 20 hours of video playback – that would be the longest battery life we’ve ever seen on a Mac.

What’s more, the M1 chip is based on the same architecture as the A-series processors you’ll find in the iPhone or iPad. That should mean you’ll be able to run Apple’s mobile apps natively on the MacBook Pro, with plenty more apps and games appearing on the Mac App Store in the near future. On the subject of software, the device will ship with macOS Big Sur, the latest version of Apple’s operating system that’s available from 12 November.

All this might sound familiar if you’ve already read about the new MacBook Air, and in truth, both devices are incredibly similar. Aside from extremely subtle display changes, the big difference on the Pro is the inclusion of a fan. Presumably, this is to allow for more demanding tasks without the device overheating, but the loss of silent operation will be a disappointment for some people.

To learn more about the M1 chip, check out our guide to Apple Silicon.