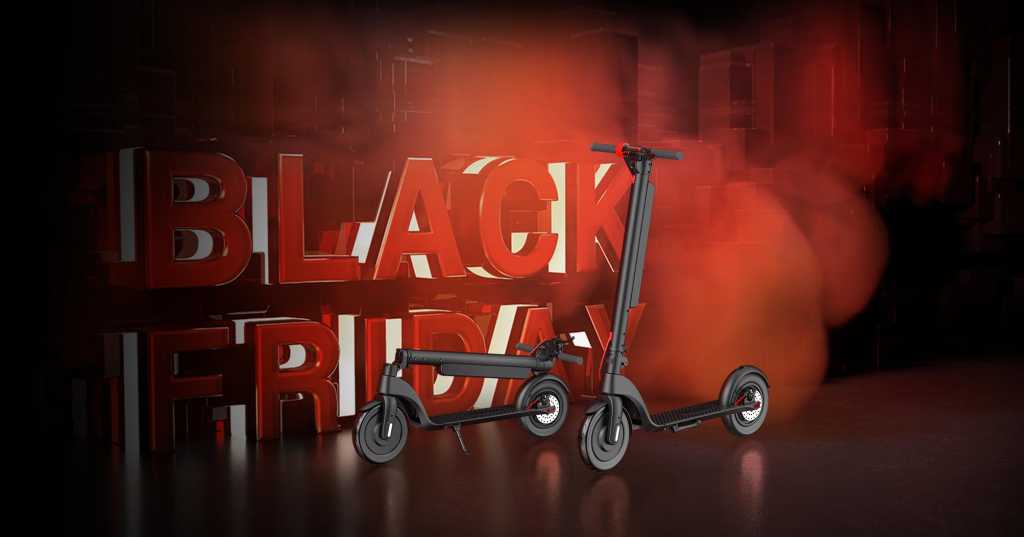 Black Friday might not officially kick off until the 27 November this year, but that hasn’t stopped companies from launching sales right now. Amazon and Currys PC World have early Black Friday sales on right now, and it’s not just the big manufacturers getting in on the deal fun either. Electric scooter manufacturer Turboant has slashed up to $250 (around £192) off its range to celebrate Black Friday, and considering the Xiaomi equivalent can cost upwards of £499 in the UK, it’s a deal you should pay attention to.

Both are available via the Turboant store right now, and despite being a Shenzhen-based company, UK orders are shipped in a few days from a warehouse in Germany.

But why is it so exciting? Simply put, the Turboant X7 Pro is a direct competitor to Xiaomi’s newly released Mi Scooter Pro 2, which currently costs £599.99 in the UK. In fact, with a max range of 30 miles, a top speed of 20mph and the ability to remove the battery when charging make it better than Xiaomi’s premium option in some respects. So, to get it for less than £400 should be an exciting prospect for anyone on the hunt for an electric scooter this Black Friday.

Tech Advisor Editor Jim Martin recently reviewed the Turboant X7 Pro, and he was impressed by what’s on offer. Gaining a 4-star rating, Jim noted how the big 10in wheels and large removable battery in particular make a difference to the riding experience – two areas where the more expensive Xiaomi scooter can’t compete.

It’s not the perfect Xiaomi alternative, lacking features like a connected app, and that large battery means it’s a little front-heavy too, but it should be a serious consideration at such a discounted price.

There are other offers available at Turboant too, including discounted replacement batteries for the scooter and, if you’re looking to pick up more than one, there’s a family pack offering $540 off a two-scooter X7 Pro bundle.

As ever, it’s worth stressing that privately-owned electric scooters are illegal to use on public roads in the UK and can only be used on private property right now. For more, take a look at our explainer on electric scooter law in the UK. We’ve also got a roundup of the best electric scooters if the Turboant X7 range isn’t quite what you were looking for.