Samsung has finally unveiled the Galaxy Z Flip 3, the latest small-size foldable in the company’s growing line-up, and it’s had a pretty radical redesign from the first-gen.

Flip fans have been treated to a whole new design, loads of new colours, a much larger outer cover display, and top-of-the-line specs – and despite all that, the phone’s somehow had a major price cut too, making it far more affordable than last time around.

Here’s everything you need to know about the Galaxy Z Flip 3 – or read our Z Flip 3 review to find out what we think of the phone.

When was the Samsung Galaxy Z Flip 3 released?

Samsung revealed the Z Flip 3 at a 10 August Galaxy Unpacked event, alongside the Galaxy Z Fold 3, the new Galaxy Watch 4 series, and the Galaxy Buds 2 headphones. The phone then went in sale in most markets on 27 August.

We discussed the Z Flip 3 – along with all the other new products announced alongside it – in an episode of our weekly podcast Fast Charge, which you can watch right here:

We’d previously expected to see the Galaxy S21 FE launch alongside the Z Flip 3, but it’s been delayed – so may instead appear later, perhaps together with the Galaxy Tab S8. The Note 21, on the other hand, won’t turn up at all, with Samsung putting that flagship line on pause for now at least.

How much does the Samsung Galaxy Z Flip 3 cost?

Samsung has managed to squeeze an impressive price cut out of the new Flip foldable, so that it now costs less than a grand. It’s available in two models, with varying storage:

You can spend a little more if you’d like to though – head to the Samsung webstore and you can customise a Bespoke Edition. This lets you choose from a range of colours for the front and back of the phone – five at launch, and you can set each separately – and choose between a black or silver frame. You’ll even be able to change the panels down the line if you want to try a new colour – for a fee, of course.

You can only order a Bespoke Edition from Samsung’s site, and you will have to wait a little longer for delivery – it is bespoke after all. It costs £1,049/$1,099/€1,159, but is only available for the 256GB model, so you’re paying a £50/$50/€60 premium essentially. At the time of writing the Bespoke Edition is only available in the US, UK, South Korea, France, Germany, Canada, and Australia. 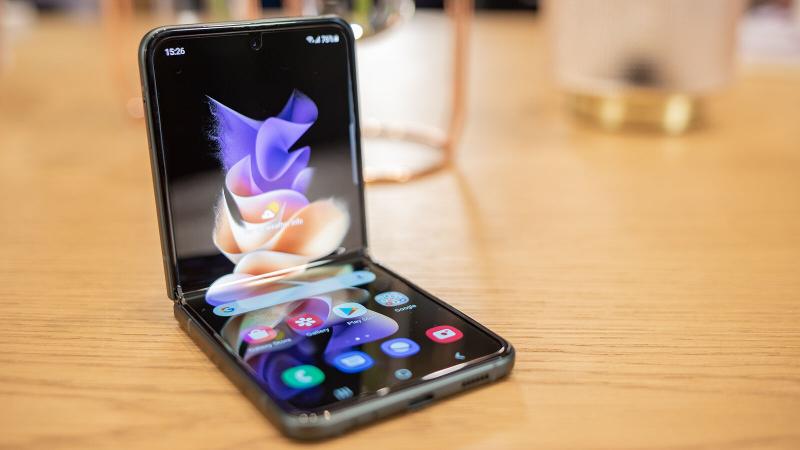 Check out our full guide to the best Galaxy Z Flip 3 deals for more savings in the UK and elsewhere.

Well, technically this is the third Z Flip phone, as the Z Flip was followed by the Z Flip 5G – a minor revision that mostly only tweaked the phone’s chipset to enable 5G support.

More importantly, though, skipping ‘Z Flip 2’ brings the Flip numbering in line with the Galaxy Fold line, so that it doesn’t appear to be older tech – and now Samsung can keep the two foldable phone lines updated together.

What are the Galaxy Z Flip 3 specs?

The Z Flip 3 is a pretty impressive phone, offering some modest enhancements on the original’s internal specs along with more substantial changes to its design and build.

The look of the phone is the most obvious change. 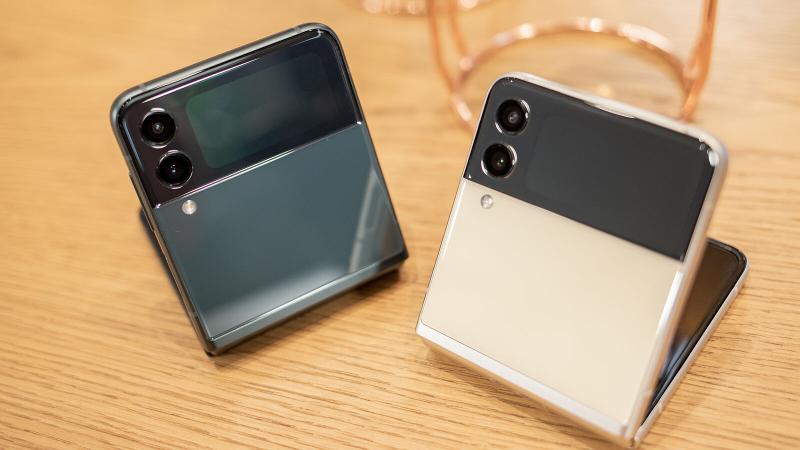 The mirror finishes of the first-gen are gone, replaced with more muted black, lavender, cream, and green colours.

Initially Samsung also offered a few online exclusive finishes with a black frame: pink, white, and grey. Those are no longer available, having been replaced by the Bespoke Edition mentioned above. This costs more, but lets you build a custom Z Flip 3 choosing from black, yellow, pink, white, and dark blue panels with silver or black frames.

Every Z Flip 3 has a partly two-tone design, with a large black element on the front of the phone. This contains both the two main camera lenses and the larger cover display, thus masking this screen a little when it’s not in use.

The Flip 3 doesn’t just look different though – it’s much more durable too. The new ‘Armour Aluminium’ frame is supposedly 10% more durable than on the previous phone, and the exterior is also now coated in Gorilla Glass Victus – the toughest grade out there. Even the camera lenses are protected, with the new Gorilla Glass DX treatment that’s specifically designed for lenses. 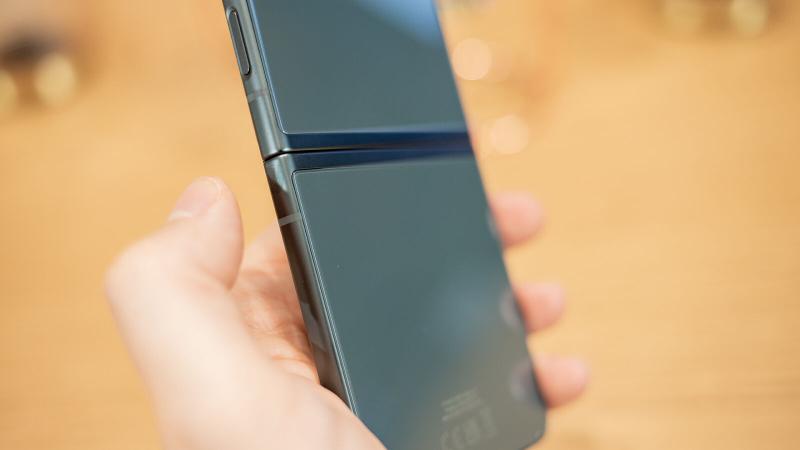 Perhaps more excitingly, this and the Fold 3 are the first foldable phones to have a waterproof rating. The IPX8 rating signifies that it hasn’t been tested for dust resistance (the ‘X’) but has a strong level of water resistance (the ‘8’).

Check out our ‘What is an IP rating’ feature for a deeper explanation on the newfound hardiness that comes with the Z Flip (and Z Fold) 3.

As with the previous Flips, there are two displays to consider here.

The first is the main, interior, folding AMOLED display. This is the same size and resolution as before – 6.7in and FHD+ – but has had a welcome bump up to a 120Hz refresh rate. 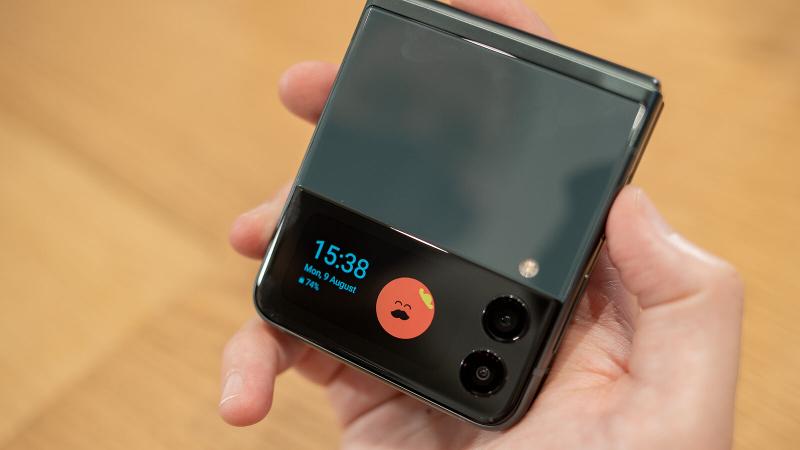 There are bigger changes to the exterior AMOLED screen – officially called the Cover Display. It’s now 1.9in, up from a dinky 1.1in, with a resolution of 512 x 260.

The larger size means it’s now capable of displaying full notifications and messages, along with supported widgets and animated backgrounds and images.

The Z Flip 3 uses the flagship Qualcomm Snapdragon 888 chipset – making a change from the previous models, which relied on slightly older chips to keep the handsets more affordable. 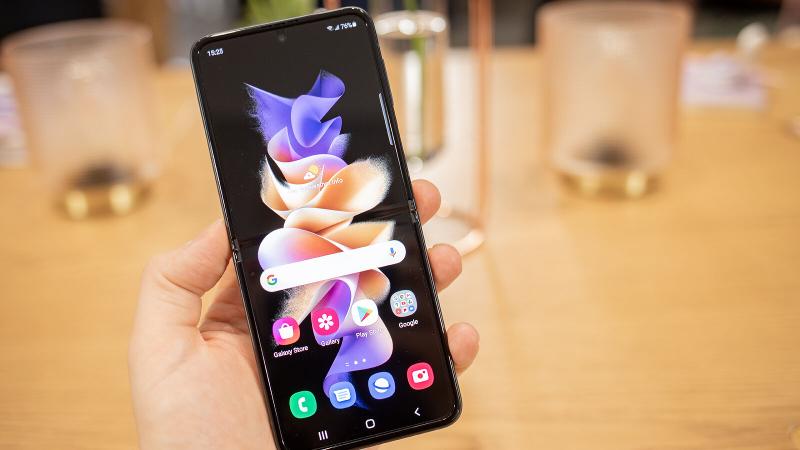 The Snapdragon 888 has integrated 5G, so of course, the Z Flip 3 includes 5G support. Unfortunately it isn’t true dual-SIM, but will support one physical SIM and an eSIM simultaneously.

While there was speculation ahead of launch that the Z Flip 3 would support faster 25W charging, in fact speeds remain the same: 15W wired charging and 10W wireless.

The battery is also unchanged, with a two-cell battery setup with the same total capacity – 3300mAh – as the two previous models. Hopefully, power optimisations elsewhere will help that battery last a bit longer instead.

Surprisingly little has changed about the camera setup in the Z Flip 3, which uses the same lenses as last year’s handsets. 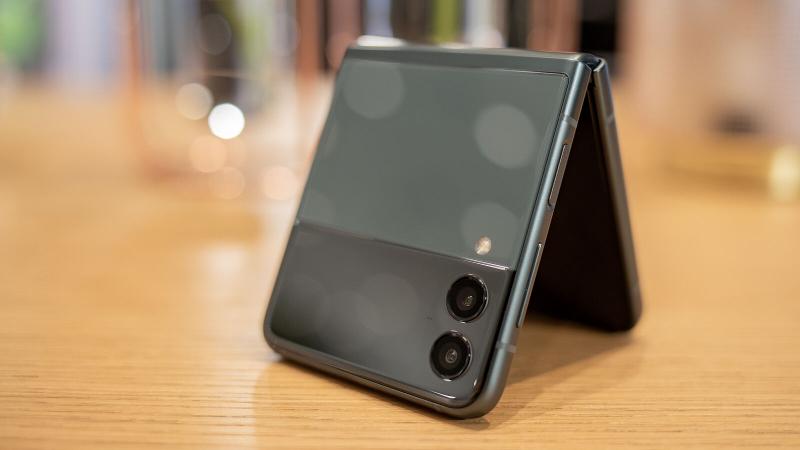 Those specs may disappoint some hoping for more photographic prowess, but this is presumably a key part of how Samsung has hit a more affordable price point with the new phone.

Here are the full specs of the phone: