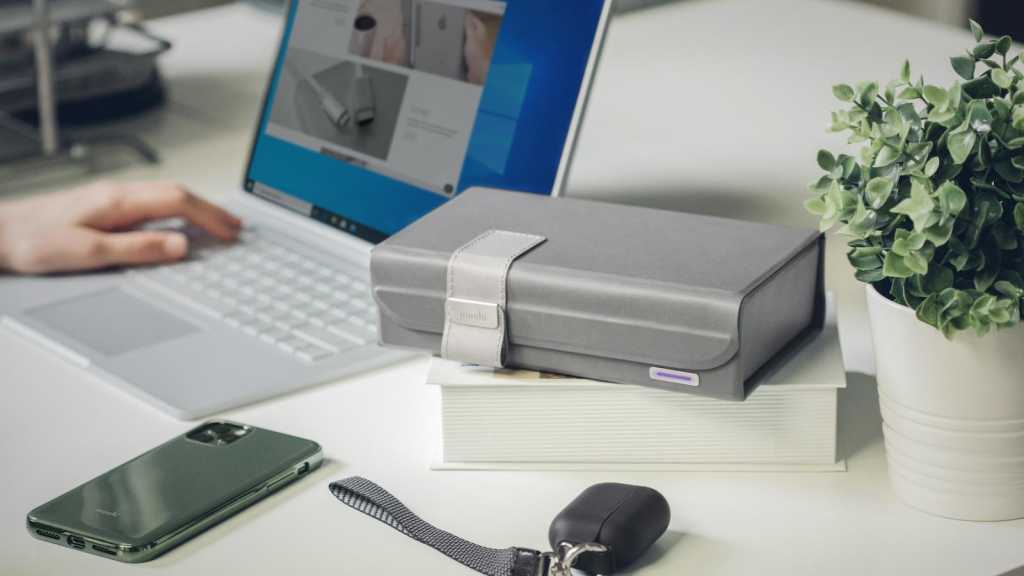 Moshi’s Deep Purple is available from today on Kickstarter, starting from $99 for early bird backers.

Sanitising tech has been a growing area of interest in 2020, with companies rushing to get products to market. One of the things we’re likely to see more of in the near future are small, portable UVC sanitisers designed to disinfect those oh-so germy but oh-so necessary items that we touch a lot: namely smartphones, keys, wallets, masks, travel cards, glasses, earbuds and the like. They can also be used on cash – if anyone’s still using that after this year.

The idea is that you carry your sanitising case in your pocket or bag and when you get to your destination, stick your phone in and go and wash your hands. This should stop you spreading any bacteria or viruses you’ve picked up while out and about.

Moshi’s Deep Purple is a sanitising case with couple of points of difference from those commonly available. It claims to be the first to disinfect all sides of your phone at once. Items placed inside sit on a clear plastic shelf, while reflective surfaces bounce around the light from a number of LEDs to get 360° coverage.

That means you don’t have to flip your phone like a fried egg, to get both sides done. 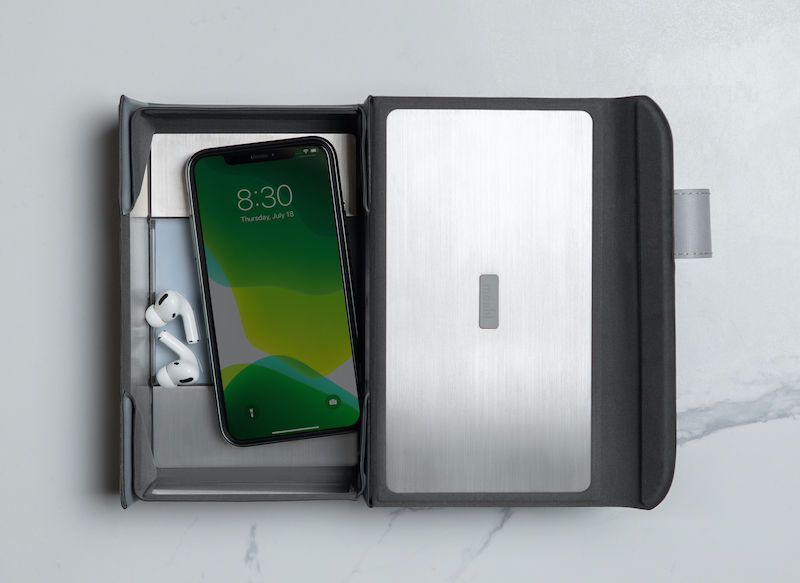 The sterilising process only takes four minutes (and surely we can leave our phones alone for that long).

The second point of difference is that it’s “origami-inspired” – in other words, it can be flattened for maximum space-saving effect while transporting it. 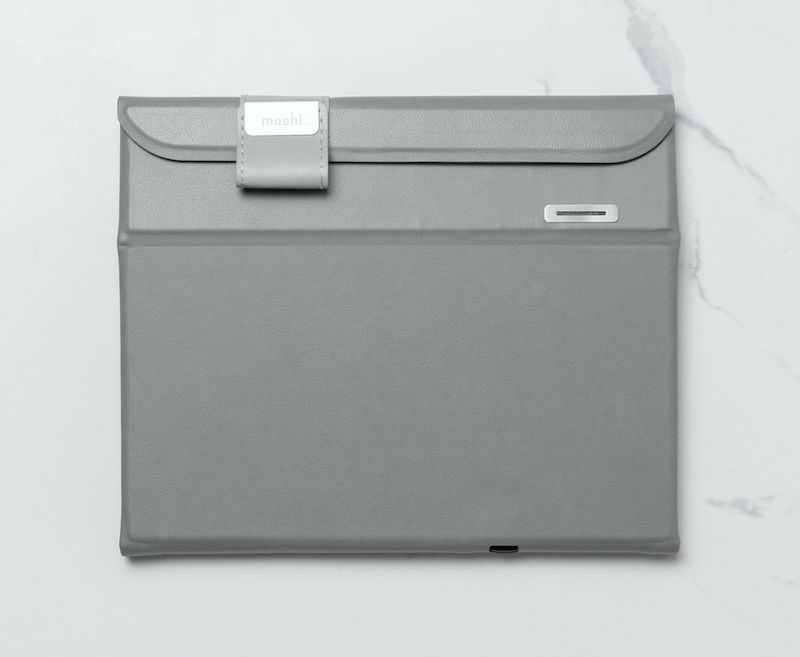 It works by bathing your products in UVC light, which breaks down microbial DNA. It’s been tested to be 99.9% effective against bacteria and viruses. Bear in mind, that also means it can break down your DNA, so you must not expose your skin to the UVC rays.

The Deep Purple has two safety systems – a magnetic fastening and a light sensor inside – to ensure that the LEDs will only come on when the case is closed.

The LEDs inside should last for over a decade, even if the device is used several times a day.

It’s made of vegan leather, it’ll fit all phones and it’s rechargeable, so you can use it in restaurants and other places where you might not be able to plug it in. There’s an option to buy it with a co-ordinating power bank. 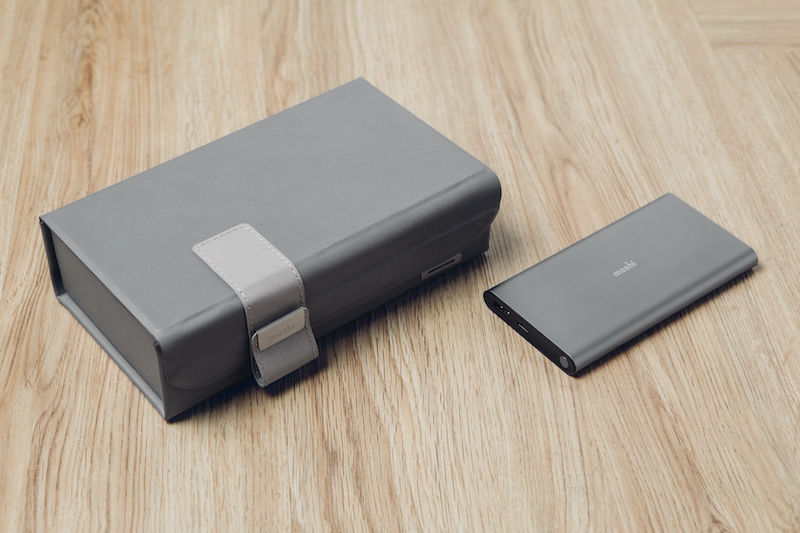 The Deep Purple comes with a USB cable. Prices start from $99 for early bird backers of its Kickstarter page. That’s 33% off the retail price. Yes, it’s still expensive but the design is good, Moshi is a trusted name for this kind of tech and its products are covered by a global ten-year warranty. Backers should receive their items in early December.

If you’re interested in a home appliance that can sanitise clothes and more, read our review of the LG Styler, which can be used to sterilise bulky items, bedding, pets’ and kids’ toys.