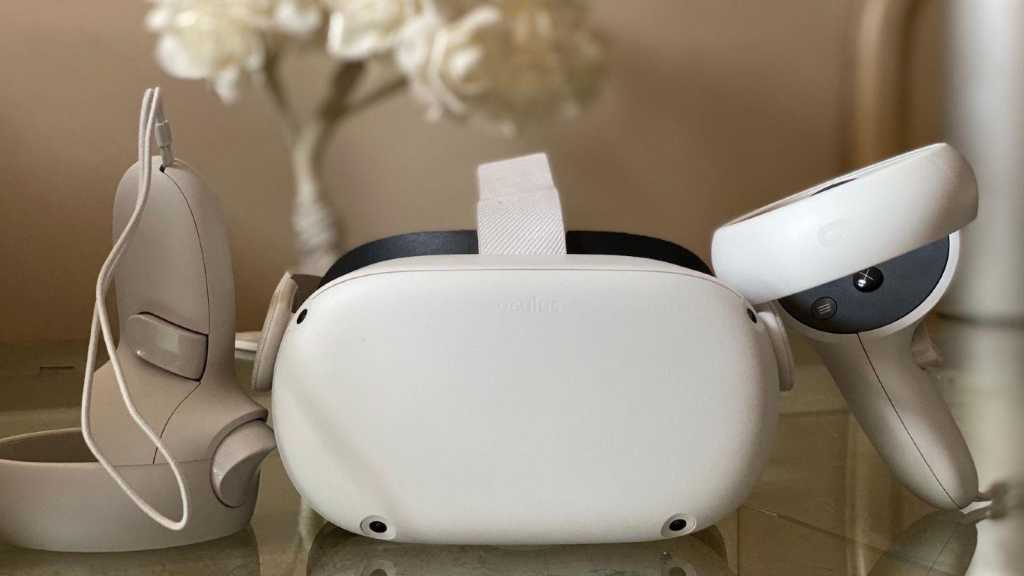 With Black Friday just around the corner, deals on some of the most sought-after tech products are arriving thick and fast.

UPDATE: This deal has now expired, but we’re sharing all of the best deals here: Best Oculus Quest 2 deals of Black Friday.

They include the class-leading Oculus Quest 2 VR headset, which Argos is selling on eBay for just £275.99 when you enter the code ‘PRICE8‘ at checkout. That’s the best price we’ve ever seen for the 64GB model, shaving £24 off the RRP.

However, you’ll have to be quick, as it expires on 10 November.

Get £24 off the Oculus Quest 2 (64GB) or £32 off the 256GB model, and it will be available to collect from your nearest Argos or Currys PC World location.

The Quest 2 is one of the most versatile VR systems you can buy, offering compelling experiences both as a standalone headset and while connected to a PC. There’s also an incredibly detailed, high refresh rate display and powerful performance thanks to the Snapdragon XR2 chipset. The controllers have even been redesigned to provide a more intuitive user experience. We were so impressed with the Quest 2 that we gave it a full five stars in our review. It also currently sits top of our best VR headsets chart.

With a host of new features and a £100 price drop over the original, it already offered excellent value for money. It’s extremely impressive to see it become even more affordable, especially considering it came out as recently as 13 October.

eBay hasn’t explicitly marketed the 8% discount as an early Black Friday deal, but it’s clear this is in response to Amazon starting its sales more than a month before the big day.

Head to eBay to get £24 discount or the £32 discount on Oculus Quest 2 discount by 10 November. Just make sure you enter the code ‘PRICE8‘ at checkout.

You can also use that code to get a discount on the Apple Watch Series 6 if you’re tempted.

If you’re considering other retailers, check out where to buy the Oculus Quest 2, and we’ve got a selection of the best Quest accessories for you to check out once it arrives.