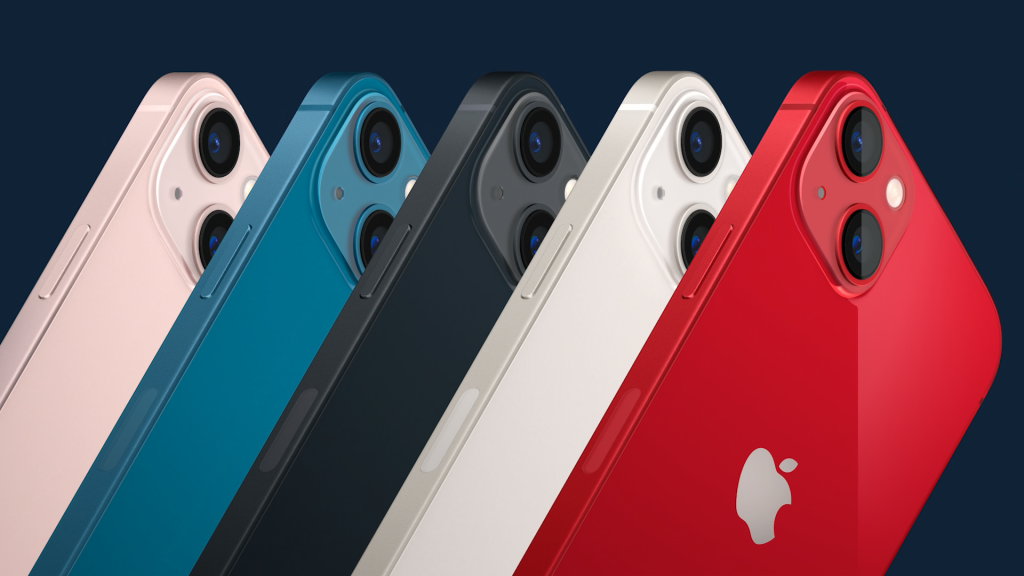 After months of leaks, rumours and controversy, the iPhone 13 series is finally available to buy around the world.

While it might not look like much has changed on the surface, the smartphone range introduces a number of much-requested features including improved cameras, longer battery life and even 120Hz refresh rate displays (on some models, anyway) all while matching the prices to their predecessors.

The wait is finally over; here’s all you need to know about the iPhone 13 range, including availability, pricing details and all the new features you should care about.

When was the iPhone 13 range released?

The iPhone 13 range went up for pre-order on Friday, 17 September 2021, with release a week later on 24 September 2021 – a stark change to the 2020 lineup’s staggered release which saw the iPhone 13 and 13 Pro released weeks before the Mini and Pro Max models.

How much does the iPhone 13 range cost?

So what’s a new iPhone going to cost you? We’ll cover contract deals separately, but if you want to buy one outright, these are your starting options, all with 128GB of storage:

If you buy an iPhone 13 from Apple, you also have the option of paying monthly for 24 months, with no interest. And you’ll get a discount if you trade in an older iPhone.

Here’s where you can buy the iPhone 13 across all retailers in the UK and US right now.

What’s new with the iPhone 13 range?

At a glance, it doesn’t look like much has changed with the iPhone 13 and iPhone 13 Mini – and that’s because, on the surface, you’re right. It sports the same industrial, angular look first introduced on the iPhone 12 with returning features including the ceramic shield front, gloss glass rear and IP68 dust and water resistance.

That doesn’t mean there’s nothing new about the iPhone 13 and 13 Mini design though; flip the smartphones over and you’ll see a new diagonally-arranged camera setup. It may not sound like much, but it is immediately noticeable and an easy way to identify the newer model – aside from the addition of new colour options including Pink, Blue, Midnight, Starlight and Product RED available across both the iPhone 13 and 13 Mini.

One of the big improvements of the iPhone 13 and iPhone 13 Mini is the display. While the Super Retina XDR displays measure in at the same 5.4in and 6.1in respectively, Apple claims that they’re 28% brighter than that of their predecessors, offering up to 1200nits when viewing content outdoors.

There’s also a 20% reduction in the Face ID notch – a staple of the iOS experience since the iPhone X – but as the percentage suggests, it’s not a dramatic change. Still, it’s a welcome one, and hopefully, we’ll see a more dramatic reduction next year!

On the inside, you’ll find Apple’s latest 5nm A15 Bionic. While Apple declined to compare it to the previous-gen processor, as with previous years, the company did boast that the new 6-core CPU is 50% faster than the “leading competition” though there was no mention of specific rivals, and it’s a similar story with the 4-core GPU too, offering a 30% boost over the unnamed ‘competition’.

Regardless, there should be impressive performance gains on offer which translates to a faster iPhone experience whether playing games, editing photos or scrolling through social media.

The dual rear-facing camera setup is an area of focus for the iPhone 13 and iPhone 13 Mini. The headline addition is a new main wide-angle lens, which Apple claims lets in 47% more light than its predecessor for less noise and generally brighter shots – especially in low-light conditions. There’s also Sensor-Shift OIS available on the main lens – a feature that was exclusive to the to-end iPhone 12 Pro Max just a year ago.

Along with larger 1.7um pixels and an f/1.6 aperture, it’s certainly an improvement over the already-capable iPhone 12 camera setup. The ultra-wide lens has also had an upgrade with an improved f/2.4 aperture for better low-light photography.

There are also improvements to the video side of things with the introduction of a dedicated Cinematic Video Mode which allows cinematographer-level effects like rack focus on the fly. The machine learning capabilities of the A15 Bionic allow the phone to understand the subject of the shot, hold focus when moving and transition to different focuses automatically, with the aim of creating better-looking Dolby Vision HDR video.

With a brighter display and a more powerful processor, you might assume that battery life would suffer as a result, but the combination of larger batteries and improved power efficiency means the iPhone 13 and iPhone 13 Mini both last longer than their predecessors, with Apple claiming an extra 1.5 hours of battery life from the smaller model and an impressive 2.5-hour jump on the standard iPhone 13.

The iPhone 13 Pro and iPhone 13 Pro Max feature new displays with a 20% smaller Face ID notch – just like the regular models – but what is exclusive to the Pro range is Apple’s ProMotion technology. Yes, the iPhone finally has a high refresh rate!

Apple’s ProMotion tech, available on both Pro models, allows the display to dynamically switch from as low as 1Hz to 120Hz depending on what you’re doing. Apple’s machine learning algorithm is apparently smart enough to match the refresh rate to the content you’re consuming, so you should always ‘feel’ like things are fast and responsive, whether you’re scrolling through text or playing the latest mobile games.

It’s not a new concept – it’s also a feature of Android alternatives with high refresh rate displays – but it’s good to see here regardless.

Aside from the buttery-smooth refresh rate, the 6.1in and 6.7in Super Retina XDR displays are brighter than their predecessors at 1000nits in outdoor environments, though slightly dimmer than the standard iPhone 13 range.

Like the iPhone 13 and iPhone 13 Mini, the Pro range sports Apple’s latest 5nm A15 Bionic, but with a distinct difference; there’s an extra GPU core, bringing the total to 5. As with its other speed comparisons on the night, Apple compared performance to unnamed competition, boasting 50% better performance and suggesting it’s among, if not the most powerful mobile chipset available right now.

As well as the introduction of ProMotion and the A15 Bionic, there are big changes in the camera department. There’s a new main wide-angle camera with a larger sensor offering bigger 1.7um pixels for less noise and improved camera performance, and there’s a larger f/1.5 aperture to bolster low-light performance – in fact, it slurps up 2.2x more light than the iPhone 12 Pro Max. The Sensor-Shift OIS previously exclusive is also now available on the wide-angle lens of the standard iPhone 13 Pro too.

The ultra-wide lens has also had an upgrade, offering a much-improved f/1.8 aperture and a new autofocus system that Apple claims provides up to 92% more light than previous models of iPhone, which should make 120-degree wide-angle night shots more attainable. It also allows for macro photography, with the lens able to focus on a subject just 2cm away from the lens.

Rounding off the trio of cameras is a new 77mm telephoto camera with 3x zoom – a lens previously exclusive to the Pro Max model.

There are also improvements on the video front. Like the standard iPhone 13 range, the Pro models offer a dedicated cinematic video mode that can pull focus from one subject to another, but it takes things a step further with ProRes Video support coming soon.

The format chosen by cinematographers for better quality capture and more efficient encoding for use in desktop editing apps like Final Cut Pro, ProRes Video will allow Pro models to capture up to 4K@30fps, though Dolby Vision HDR is still available for those that need the 60fps capture.

With the new ProMotion displays offering 120Hz refresh rate, you might assume that the battery life of the iPhone 13 Pro and iPhone 13 Pro Max would suffer as a result, but just like with the standard models, there’s better battery life here than before.

What do you think about the iPhone 13 range? Let us know on Twitter.