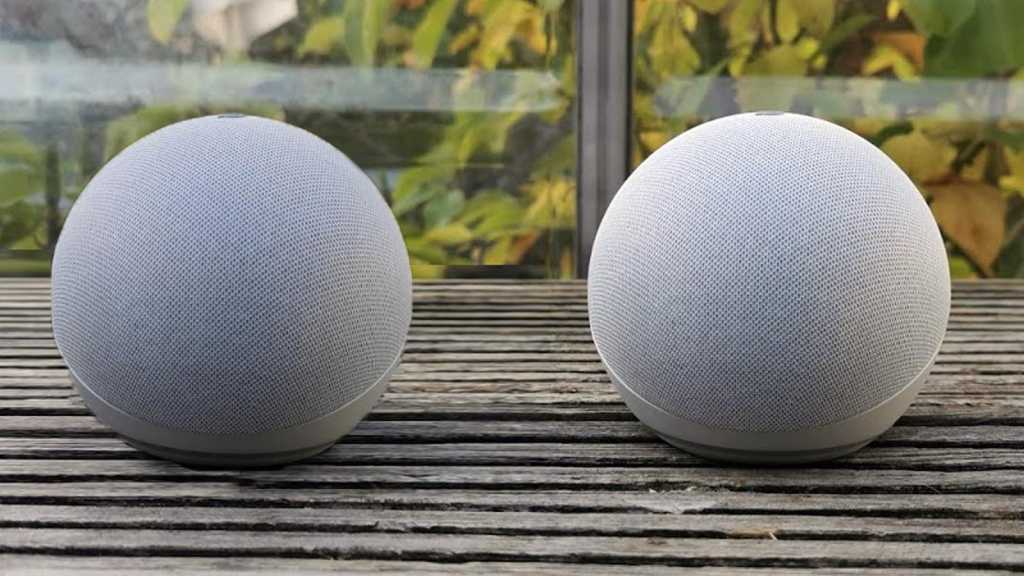 Amazon Echo speakers are (with the exception of a couple of models) mono devices. So when you listen to music, you’re missing out on stereo sound and effects.

But it’s simple to fix that by introducing a second Echo and using the Alexa app to create a stereo pair. For the most part, you need the same model because having different speakers for the left and right channels just wouldn’t sound right. You can see a definitive list of which speakers can be paired with others on Amazon’s website.

The main exception is the 2nd-gen Echo Plus which can be paired with the 3rd-gen Echo because both models have the same speakers inside. This also applies to the Echo Dot and Dot with clock from both third and fourth generations: it’s only the clock that differentiates them but do note you can’t mix and match different generations of Dot.

Also note that you can additionally pair an Echo Sub to a stereo pair (or just a single Echo) for better bass and it really does improve quality. But – and this is a big negative – the Sub only works when streaming music from Amazon, Apple and other streaming services. It will stay silent if you play music via Bluetooth from your phone or by using a wired input to your Echo because the Sub uses Wi-Fi only.

How to make a stereo pair in the Alexa app

Start by opening the Alexa app on your phone. Tap on Devices at the bottom, then tap the white + symbol in the top-right corner. 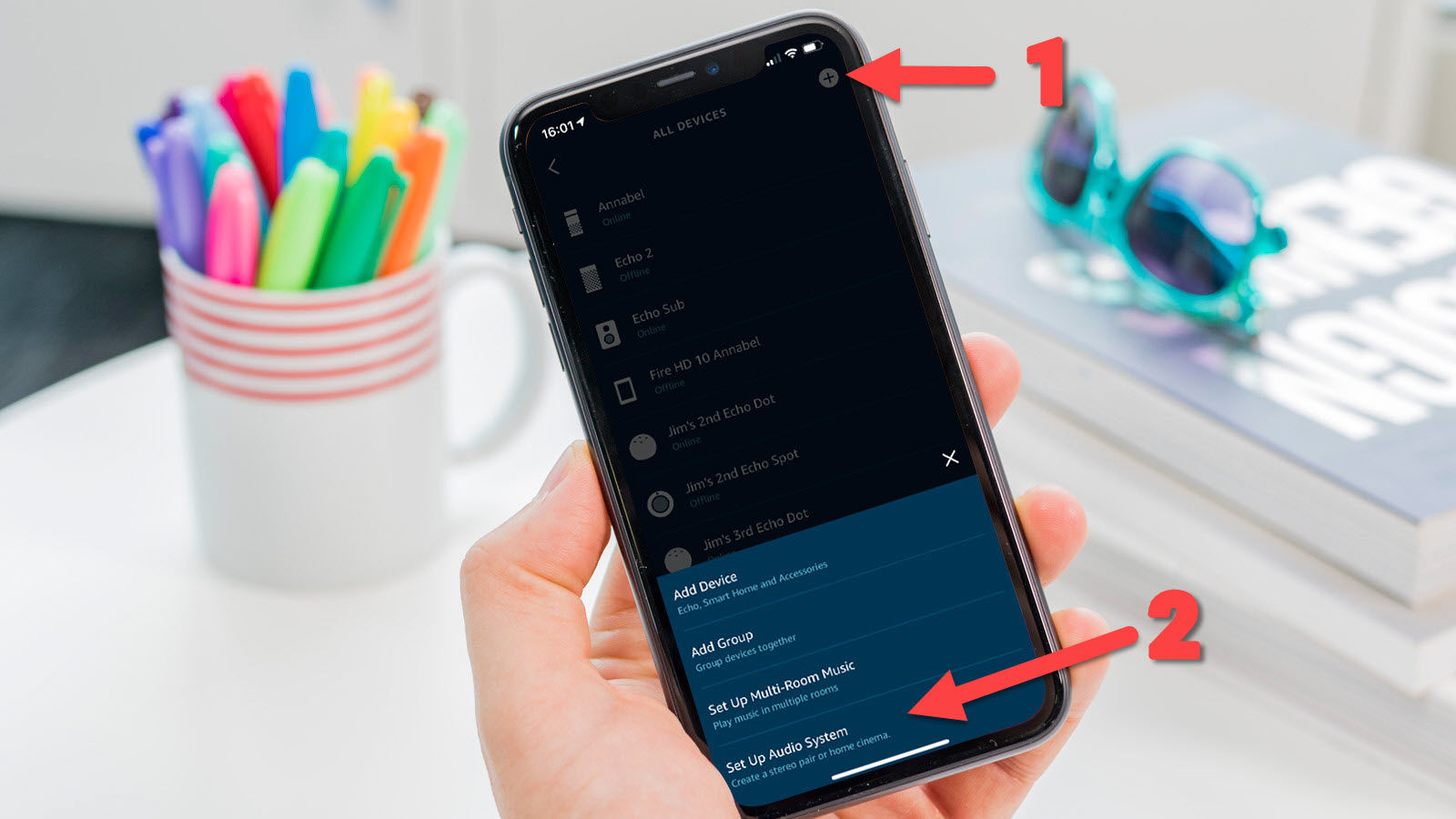 Tap Set Up Audio System and then, on the next screen, choose Stereo Pair.

Your Echo speakers need to be powered on and connected to Wi-Fi in order for this to work. They should appear in the list of speakers (along with any other Echos and Alexa-enabled devices you may have).

Tap on the first speaker that will be in the pair, then tap on the second. When you select the first, any incompatible devices will be greyed out. 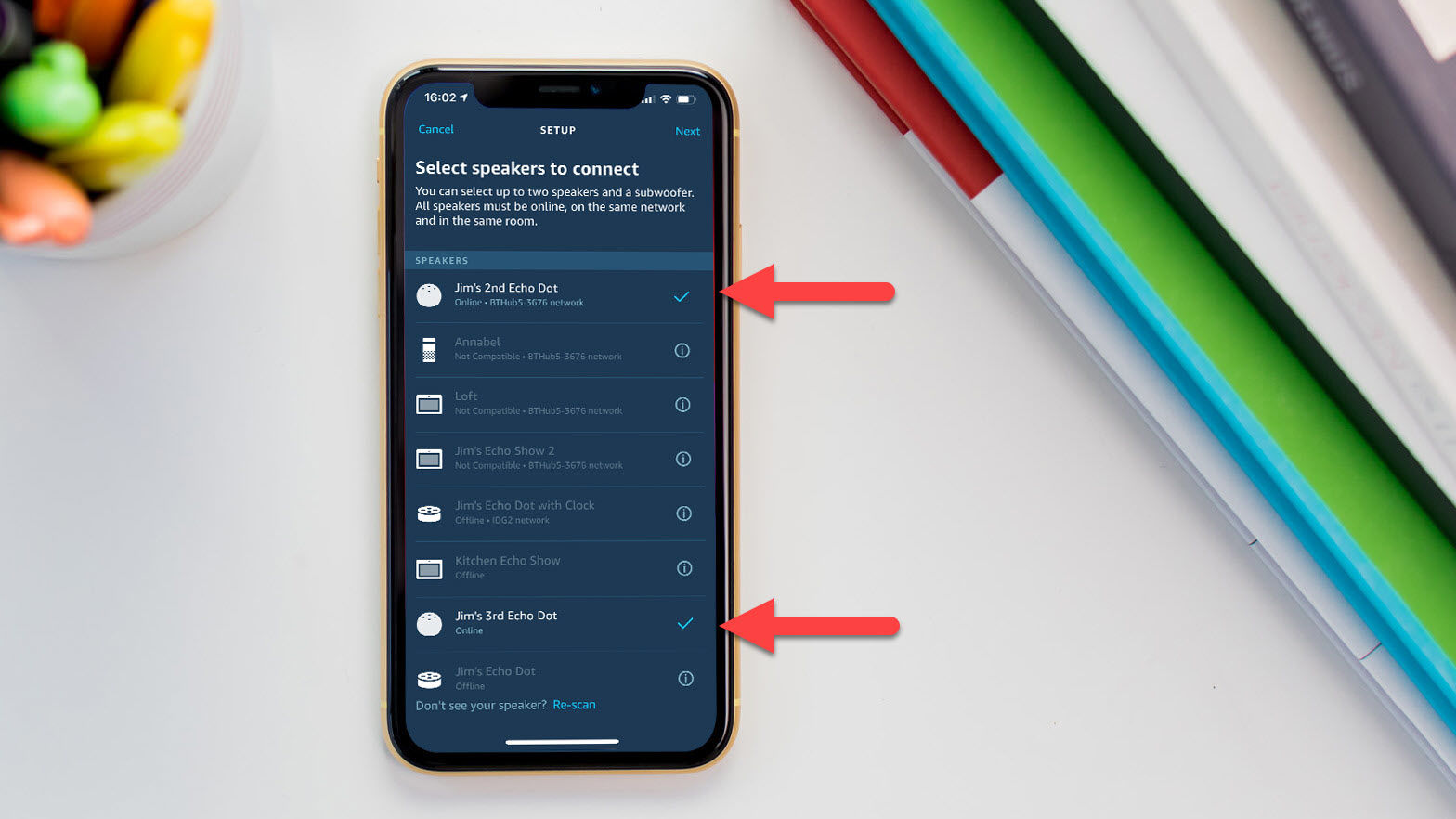 Once you’ve selected two compatible speakers tap Next at the top and you’ll see a screen asking you to test the channels. Tap on the LEFT and RIGHT circles and make sure that the audio feedback from each speaker corresponds to their position in your room. If not, you can tap on SWAP SPEAKERS to reverse the channels, or you can simply continue setup and swap the physical positions of the Echos afterwards. 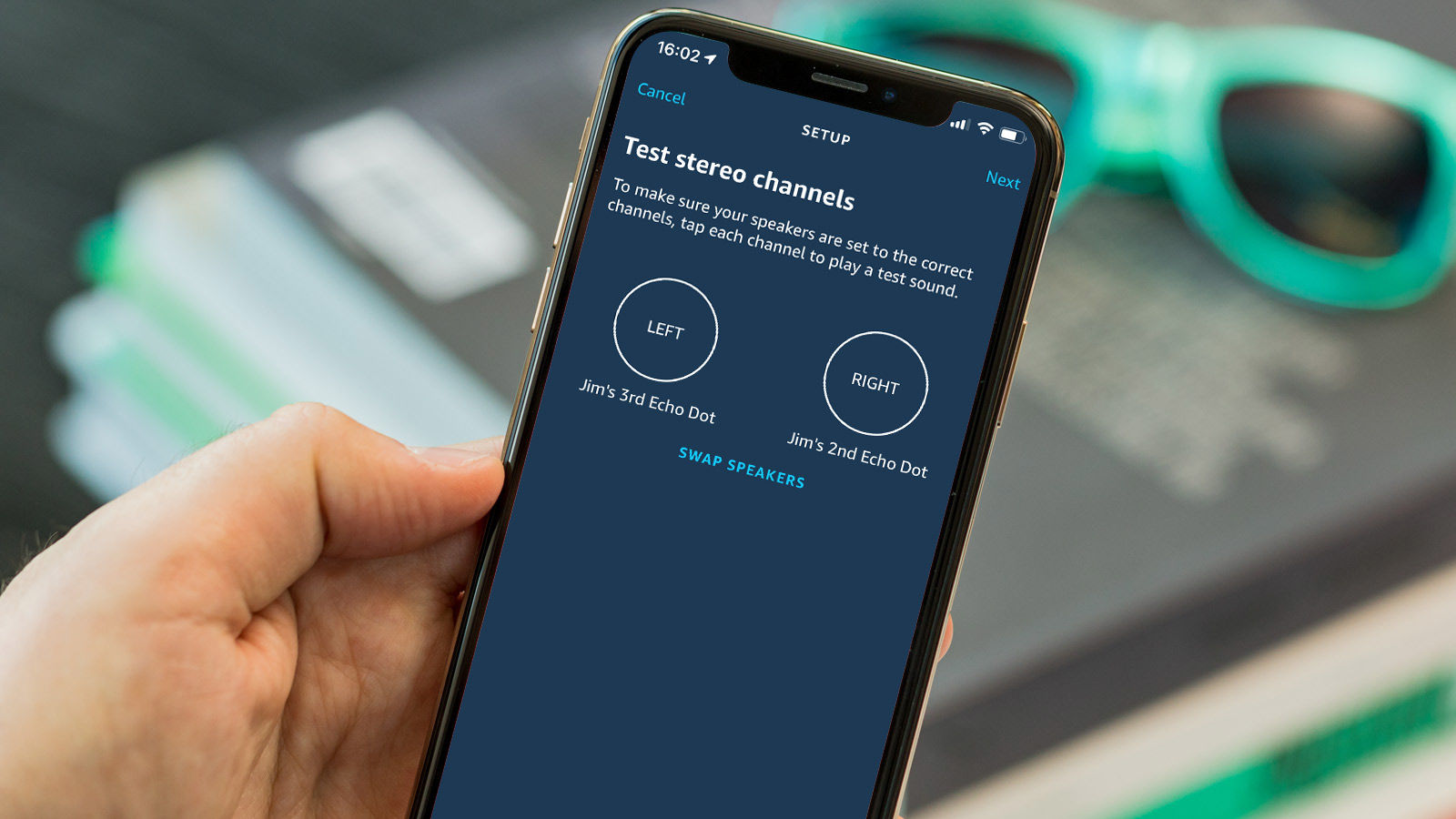 Tap Next and on the next screen you’ll choose where the speakers are located. It doesn’t matter if there are other Echos assigned to that room: the stereo pairing will still work.

Tap Save and that’s it: you should be able to ask Alexa to play a song and the speakers should play perfectly in sync with the left one playing the left channel of any stereo track and the right playing the right.

As with the Echo Sub, stereo sound works only when listening to music streamed over Wi-Fi, not from your phone over Bluetooth or via the 3.5mm input on one of the Echos.

Here are more tips for using Alexa and how to use Bluetooth on an Amazon Echo.