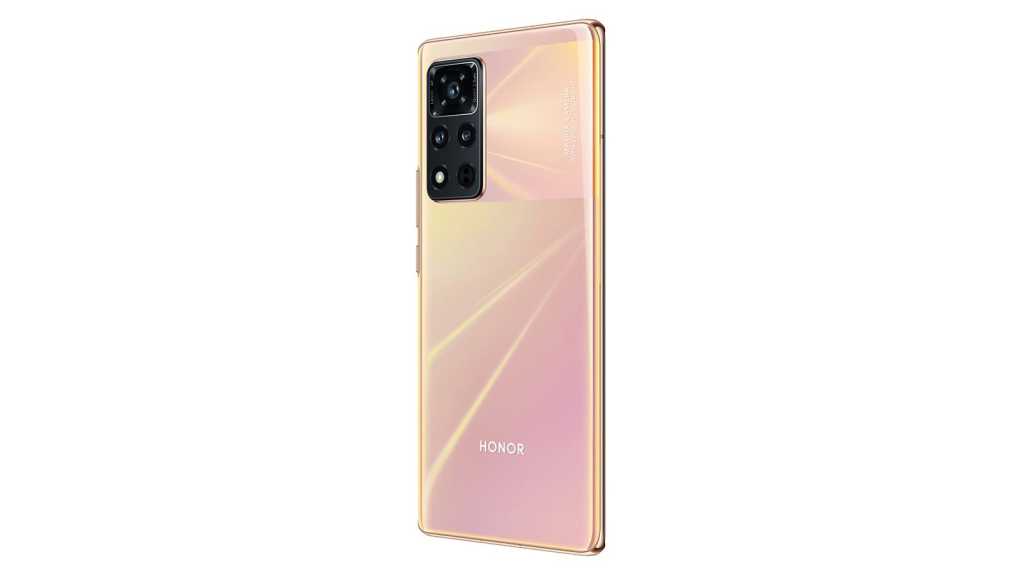 Honor spent most of 2020 suffering under the effects of the US Entity List as a Huawei subdivision, and the V40 – or View 40 as it may be known when it launches in Europe – was Honor’s first phone released as its own company after being sold late last year.

It’s since been followed up in China by the Honor 50 series, but we’re still holding out hope that Honor might still find a way to bring the V40 out globally too.

When did the Honor V40 launch in China?

The Honor V40 launched in China on 22 January, and went on sale the same day.

It’s since been joined by the V40 Light Luxury Edition, which launched in China on 23 March.

Will the View 40 come to Europe?

The Honor ‘V’ phones tend to launch in the West as ‘View’ phones. While the View 30 never made it to the UK, Honor issued a global press release for the new phone, calling it the View 40, which gives us hope that it is planning a global release for the new device – which would make sense if it’s now able to include Google services.

To cast doubt on a global View 40 launch, Honor has already announced the launch of the Honor 50 in China, which it has confirmed will launch in the UK and Europe, and will support Google Mobile Services when it does.

While this doesn’t directly affect the View 40, at this point it seems plausible that the company might simply skip a View 40 launch and go straight to bringing the Honor 50 out worldwide instead.

On the other hand, the V40 has appeared on the EEC’s (Eurasian Economic Commission) systems, along with four other undisclosed Honor phones, suggesting that a release in the European market is on the cards. 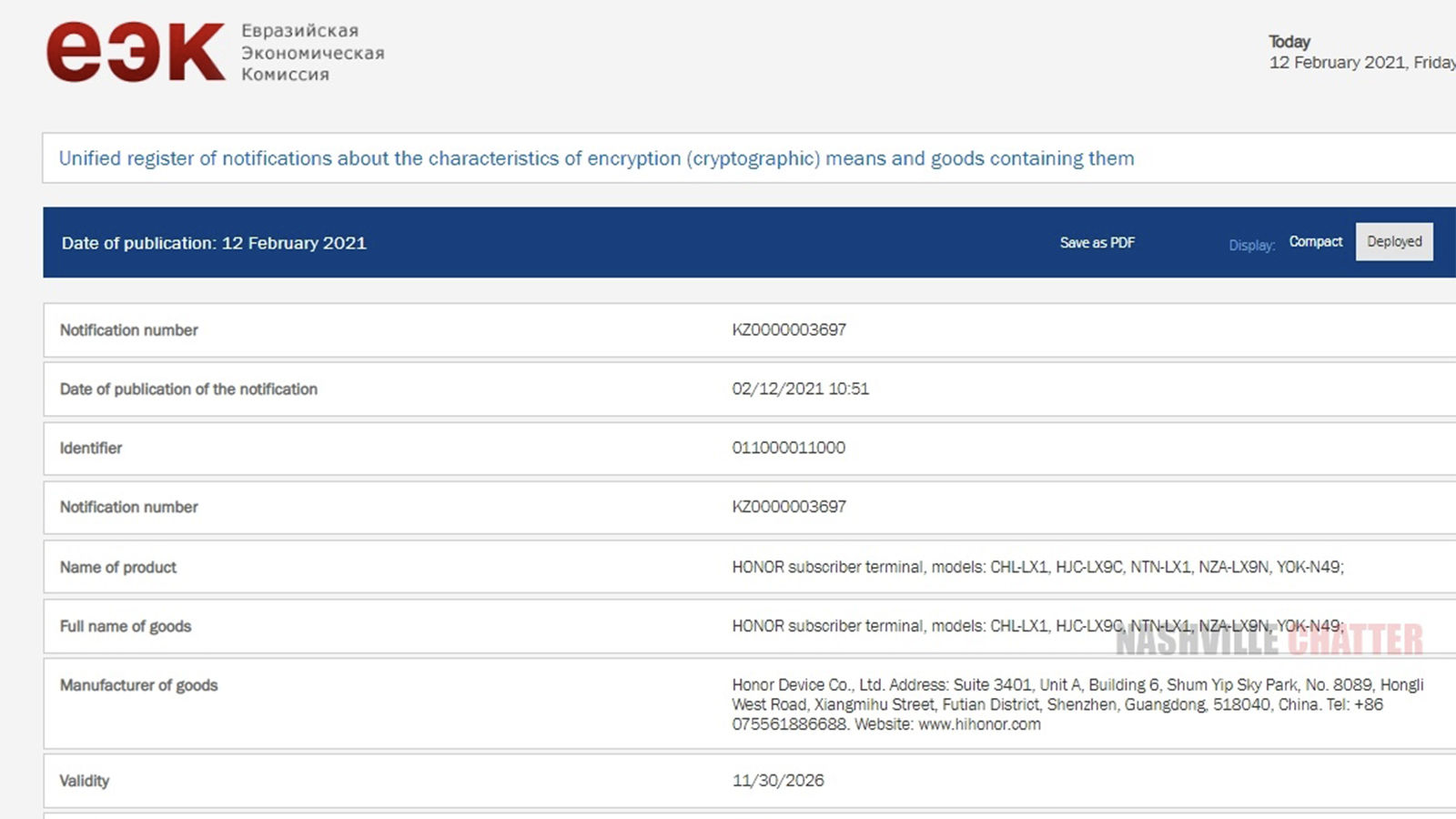 The Honor V40 5G uses the model number YOK-AN10, leading many to believe that ‘YOK-N49’ mentioned in the listing is a European variant of the same phone.

It’s possible that once Honor launches the 50 series, it will follow it up with the View 40, which could also then support Google.

How much does the Honor V40 cost?

There’s only one standard V40 configuration, and it doesn’t look too unusual. A curved display and dual-selfie cameras sit on the front, while the back is dominated by a chunky camera module in the corner. 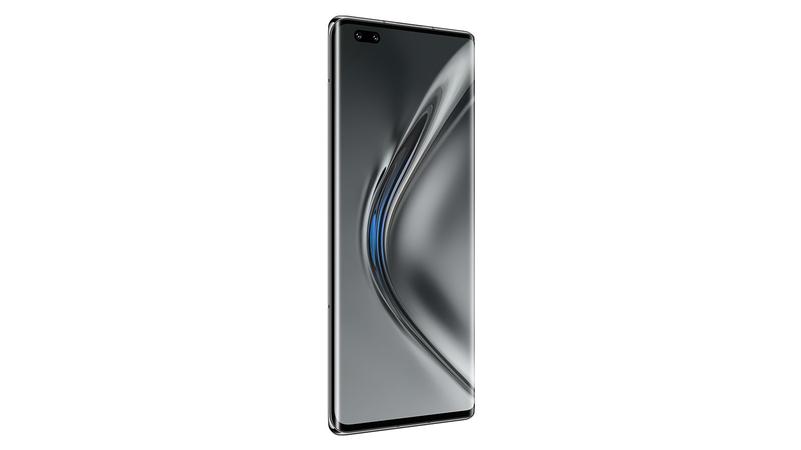 The pearlescent glass finish is available in three colours: Midnight Black, Rose Gold, and Titanium Silver. The most interesting touch perhaps is the block of a slightly different finish that stretches from the camera module off to the side of the phone, calling attention to the powerful camera array rather than trying to hide it.

What about the Honor V40 specs & features?

While we expected a trio of V40 phones, in fact only a single device launched initially, with the V40 Light now set to follow. More on that below.

The 4000mAh battery may not sound massive on paper, but it’s combined with 66W wired charging and 50W wireless charging, both of which are seriously impressive. That means even if battery life isn’t best-in-class, charging is getting there – the company says it should take just 35 minutes to get a full charge over the cable. 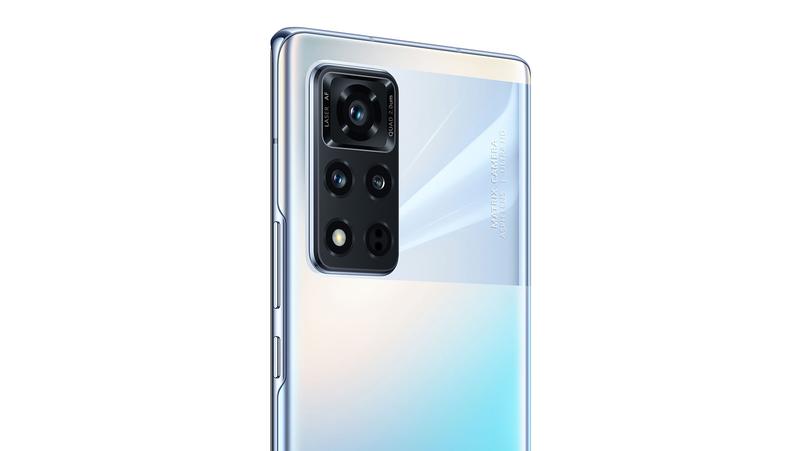 As for cameras, the main shooter is a 50Mp, 1/.1.56in RYYB sensor. It’s joined by an 8Mp ultrawide and 2Mp macro, but there’s no telephoto included here. On the front, there’s a 16Mp selfie camera, joined by a ToF sensor for improved face unlock and portrait shots.

Here are those specs in full:

What about the V40 Light?

As mentioned above, Honor has launched a V40 Light Luxury Edition.

From a design perspective, the phone looks almost identical to the Huawei Nova 8 5G, suggesting this was fact be one of the final phones Honor was working on before the brand’s sale. 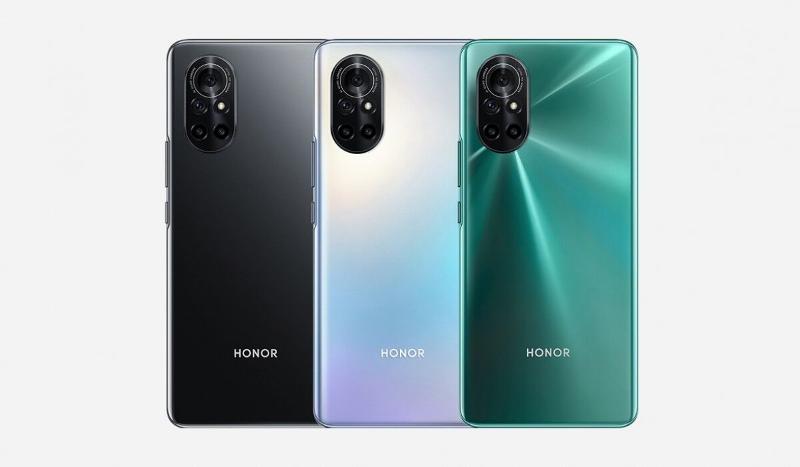 You can expect a curved 6.57in OLED display with a 90Hz refresh rate, a 3800mAh battery with 66W charging, and a quad camera setup led by a 64Mp shooter, joined by ultrawide, macro, and a depth sensor.

The Nova 8 is powered by the Kirin 985, but of course Honor no longer has access to Huawei’s Kirin chips – instead the V40 Light uses the MediaTek Dimensity 800U.

Does the Honor V40 have Google Play Services?

The main reason that Huawei sold the Honor brand off was so that it could thrive again, free of the restrictions imposed on Huawei by the US government under the Trump administration.

Perhaps the most onerous for the company’s smartphone business was the fact that the trade ban blocks the company from officially partnering with Google for software, meaning that while Huawei phones still run the open-source Android, they can’t use Google Mobile Services (GMS), which in turn means they can’t access the Google Play Store to install apps.

With Honor now its own company, it’s confirmed that the Honor 50 series will launch internationally with Google support.

Whether the V40 ever supports Google or not really depends on whether or not it gets an international release. Phones don’t ship with Google support within China anyway, but if the V40 does get a global release then there’s now nothing to stop it from supporting Google.