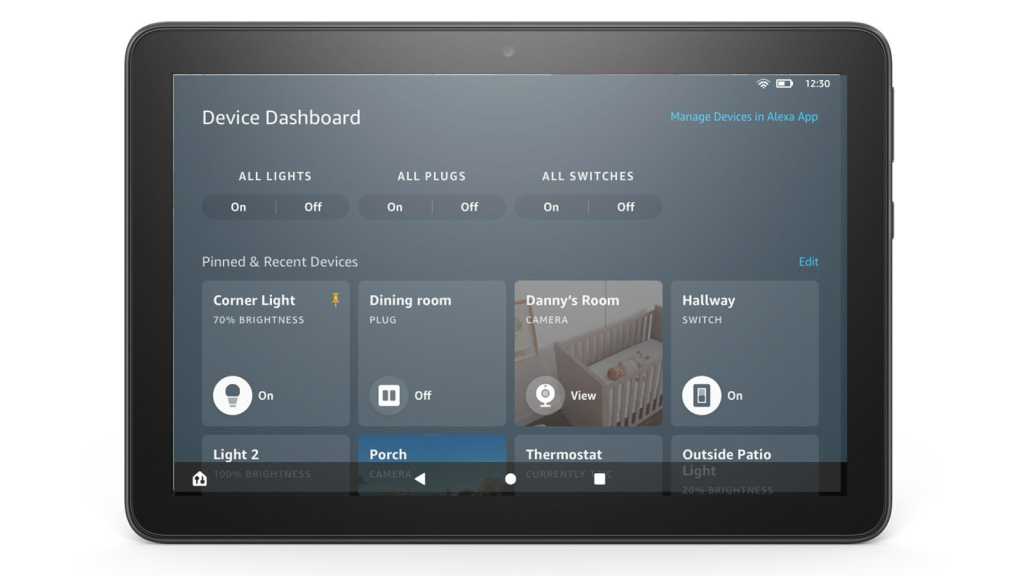 Amazon’s current Fire tablet range have hands-free Alexa, even if the tablet is in sleep mode. So it can act as a battery-powered, mobile smart assistant for rooms where you don’t have an Amazon Echo.

But sometimes asking Alexa to adjust the temperature of your heating can take longer than tapping on the screen. And sometimes it’s inappropriate to use your voice to turn off a light, say, as it could wake someone who’s sleeping.

There’s already Smart Home control in FireOS which gives easy access to your devices so you can turn them on and off or adjust settings such as brightness and temperature.

But with the new update – which is rolling out today – your (compatible) Fire tablet will get a new shortcut for Smart Home on the left-hand side of the navigation bar. In fact, the button is accessible from any screen, including the lock screen. Previously it was only in the menu of shortcuts when you swiped down from the top of the screen. 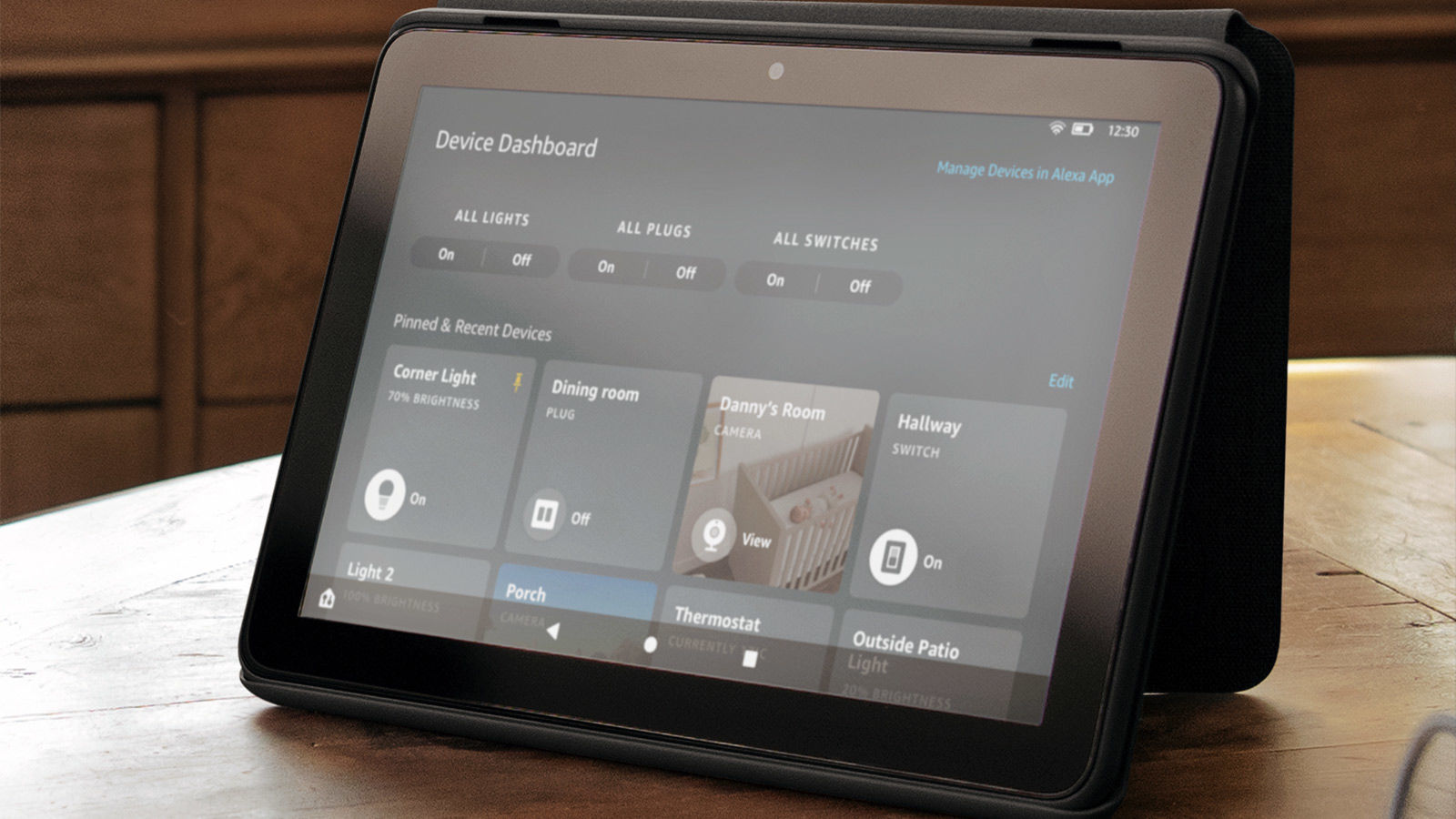 The Dashboard itself has shortcuts to turn off all lights, plugs and switches which could be useful to a lot of people.

Amazon says the update will arrive on the following models:

Related: How to control your lights with Alexa

How to update a Fire tablet

Fire tablets update automatically when they’re not being used (and when they have enough battery power) so you shouldn’t have to do anything.

But you can force updates to download and install by opening the Settings app and tapping on Device Options > System Updates.

Tap the ‘Check Now’ button if it’s shown, or Update if a new version has been downloaded and not yet installed.

You might have to repeat this process a few times if your device hasn’t been used for a few months.