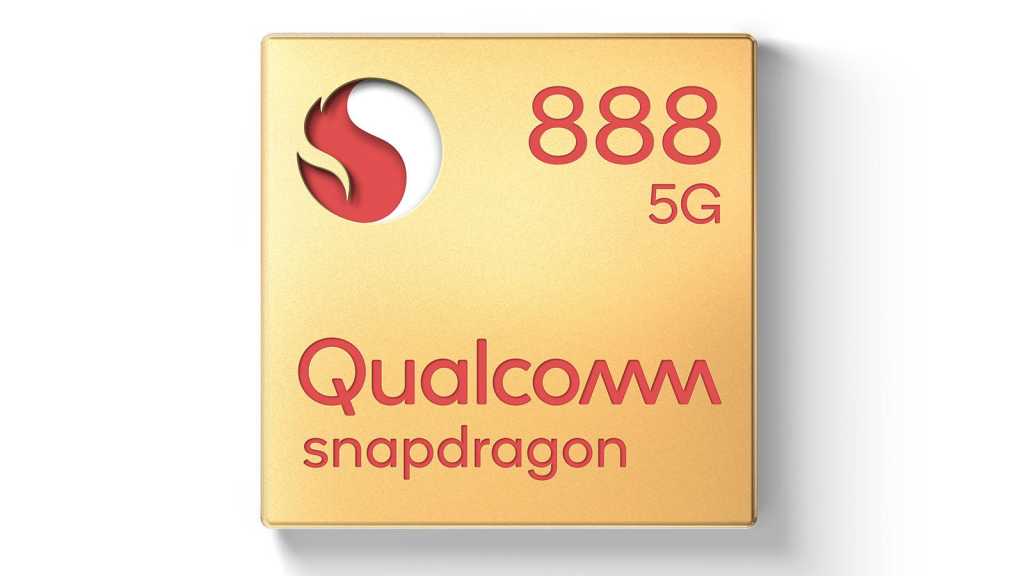 Qualcomm rules the roost when it comes to the processors powering the latest and greatest Android phones, and expectations for its next flagship chip, the Snapdragon 888, are high.

Announced on 2 December 2020 at the company’s annual Snapdragon Tech Summit, the Snapdragon 888 – not the 875, as previously expected – is the company’s new top-end silicon, with boosts to AI and graphical performance that should drive 2021’s biggest and best phones.

Most Android phones (plus a few other products, like the Oculus Quest 2) rely on US-based chip-maker Qualcomm’s SoCs (system-on-chips) to cover everything from raw compute power to dedicated imaging and graphical processors for high-fidelity gaming. There are other contenders in the market, notably Samsung and MediaTek, but in the Android space, Qualcomm rules supreme.

This is partly because the company offers a wealth of options for mobile manufacturers to choose from, ranging from entry-level to flagship, complementing the array of smartphones that they are ultimately designed to power. The Snapdragon 888 now sits at the top end, replacing the Snapdragon 865 and the mid-cycle refresh Snapdragon 865+.

Why is it called the Snapdragon 888?

The biggest surprise about the Snapdragon 888 is the name – we all thought it would be the 875.

Qualcomm says the reasoning is simple: it’s always used ‘8’ to distinguish its premium tier chipsets, and so the 888 is simply as premium as it gets. 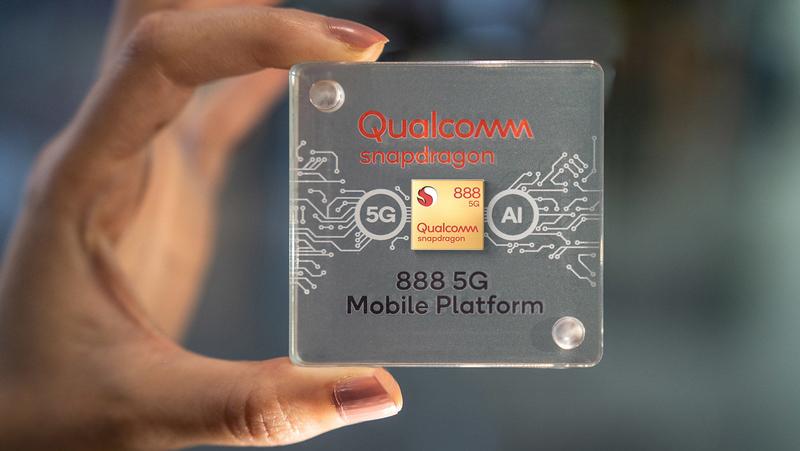 More likely, the fact that 8, and 888, are seen as fortunate numbers in Chinese culture – and 888 is associated with luck in the west too – plays into it, especially as Chinese manufacturers continue to dominate the industry. This is a signal from Qualcomm that it’s taking its Chinese partners seriously.

What are the Snapdragon 888 specs?

We’ll go into more detail about the Snapdragon 888’s specs, performance, and benchmarks below, but here are the headline numbers:

What Snapdragon 888 phones are on the way?

Xiaomi is the only company so far to name a specific handset that will use the 888, but Qualcomm says that devices are on the way from Asus, BlackShark, Lenovo, LG, Meizu, Motorola, Nubia, Realme, OnePlus, Oppo, Sharp, Vivo, and ZTE. Xiaomi sub-brand Redmi has also confirmed it’s working on an 888 phone.

Based on those names, it’s a safe bet that we can look forward to seeing the Snapdragon 888 in the  Oppo Find X3 and OnePlus 9, while Realme has teased a new flagship codenamed the Realme Race that will use the 888. Consistent rumours also point to the 888 appearing in at least one of the upcoming Vivo X60 devices. Specific handsets are harder to predict for some of the other manufacturers – but it’s a safe bet that most new flagship phones will use the chip. 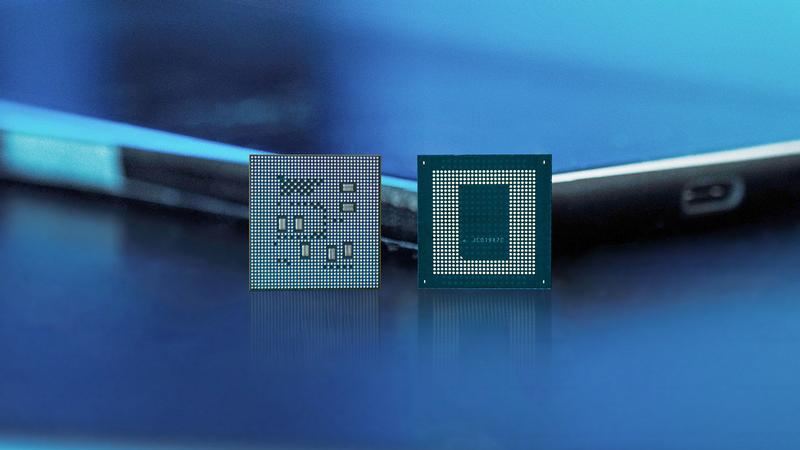 There’s no mention of Samsung, but we’d be surprised if we didn’t see the Snapdragon 888 in its heavily-rumoured Galaxy S21 smartphones, though not in every market – Europe, Korea and Australia typically receive Galaxy S and Note phones powered by Samsung’s own Exynos chips (with the next Exynos confirmed to be coming on 12 January 2021), while the US gets Snapdragon models.

There’s also no mention of Google, another hint that the Pixel 6 may follow the Pixel 5 in avoiding Qualcomm’s flagship chip in favour of one of its more affordable 700-series cores.

It’s also curious to see LG on the list, as there had been speculation that, like Google, it would skip the flagship chip and instead focus on the latest 700-series processor, continuing the trend it started with 2020’s LG Velvet and LG Wing, two premium phones with (admittedly top-notch) mid-range processors.

How is Snapdragon 888 performance and benchmarks?

We gave you the top-level Snapdragon 888 specs above, but let’s get into the nitty gritty a bit more. Here’s how the chip performs in various areas – well, at least according to Qualcomm, anyway.

The 888 uses the latest-generation Qualcomm Kryo 680 CPU clocked at up to 2.84GHz – the exact same speed as last year’s CPU.

That may make it sound like nothing’s changed, but what’s different here is the architecture. This is the first CPU to use ARM’s Cortex-X1 technology. That means it uses a single X1 ‘prime core’ clocked at 2.84GHz, along with three Cortex-A78 performance cores at 2.4GHz, and four Cortex-A55 efficiency cores at 1.8GHz.

What does that new setup mean? Qualcomm boasts of a 25% performance boost over the Snapdragon 865, along with 25% more power efficiency. Clock speeds aren’t everything. 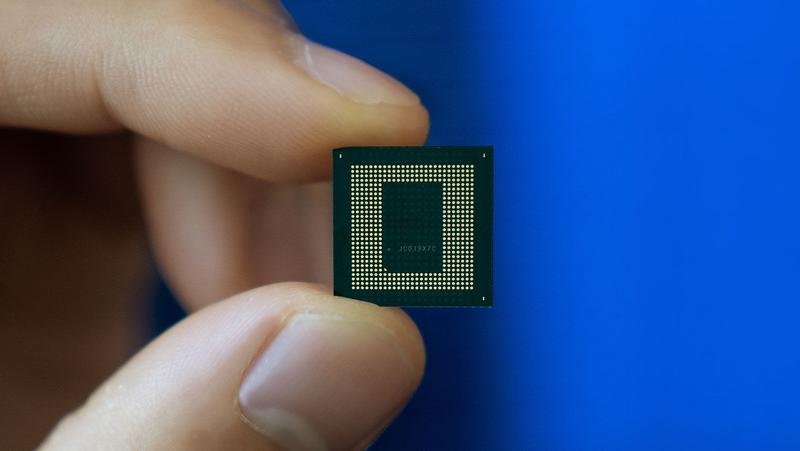 Qualcomm has finally released third-party benchmarking results, and they’re unsurprisingly impressive. Each benchmark was run using Qualcomm’s Snapdragon 888 reference design device with the chip on its default settings, and run three times with the results averaged. Of course, take this with a pinch of salt since the numbers come direct from Qualcomm, but they should be legit.

On Geekbench 5, the 888 hit a single-core score of 1135 and multi-core of 3794. For comparison, that’s a comfortable improvement on the best Geekbench result we’ve recorded at Tech Advisor on a Snapdragon 865 device (3440 multi-core on the Xiaomi Black Shark 3) and is within spitting distance of the scores we’ve recorded across the iPhone 12 range (multi-core performance ranging from 3746 to 4241, varying by device).

In other benchmarks the 888 scored 735439 on AnTuTu – by contrast, the best Snapdragon 865 score posted is around 663,000, and the iPhone 12 only managed 565,000. It also hit a theoretical frame-rate of 86fps in the GFXBench Aztec Vulkan test – though this was in 1080p and rendered off-screen, so real-life framerates would likely be lower, with the top 865 phones capping at around 45fps on this test when rendering fully.

Of course, these benchmarks are only with Qualcomm’s reference design – a dummy smartphone the company builds to help partners design their own devices, which you can see in the photos below or the video above. In this case, it has a 1080p 120Hz display, 12GB of LPDDR5 RAM, and 512GB UFS storage. Performance on real phones will vary (in both directions) – something we’ve already seen in various leaked benchmarks before the 888’s announcement.

If the CPU gains arguably sound modest this year, the GPU shines a little more. The new Adreno 660 GPU boasts up to 35% faster graphics rendering than the previous model, which Qualcomm calls its “biggest performance leap yet,” while still delivering 20% better power efficiency.

That manifests in a few key areas. In terms of display, the Snapdragon 888 will support resolutions up to 4K, but more importantly supports QHD+ resolutions at 144Hz – so we can expect 2021’s flagship gaming phones to deliver super-high refresh rates without compromising on resolution. 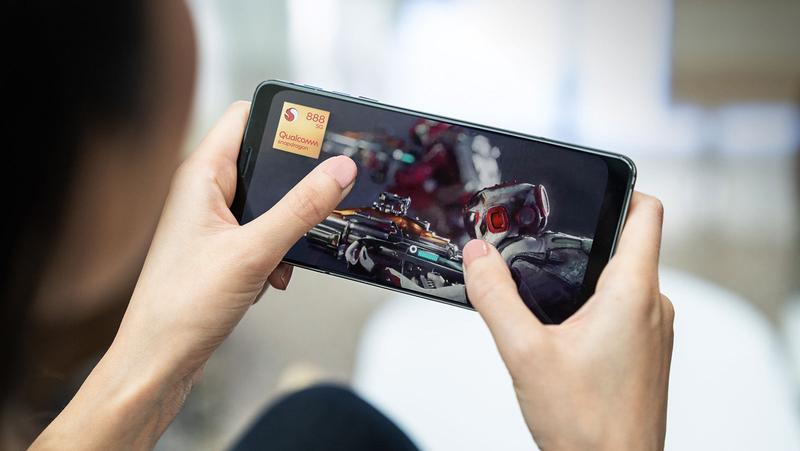 Speaking of gaming, there are two key new technologies included in the updated Snapdragon Elite Gaming package. The first is Game Quick Touch, which is intended to reduce touch latency and improve responsiveness, and will work across all games. Qualcomm says it can improve responsiveness by up to 20% in 60fps games, and as much as 10% when playing at 120fps.

Meanwhile Variable Rate Shading (VRS) is a new developer tool – so will only work in games that choose to use it. It allows devs to program games to render colours at different levels of detail for different parts of a given scene, which if used smartly can result in up to 40% more efficient rendering without any visible loss of detail for the player. It’s not new tech – it’s been in PC games for a while, and is included in the Xbox Series X and PS5 – but this is the first time it’s appeared in a mobile processor.

Artificial Intelligence is actually where Qualcomm boasts the biggest advancements in the Snapdragon 888. The company’s 6th-gen AI Engine – powered by a new Hexagon 780 processor – delivers 26 TOPS (tera operations per second), a huge leap on the 865’s 15 TOPS. 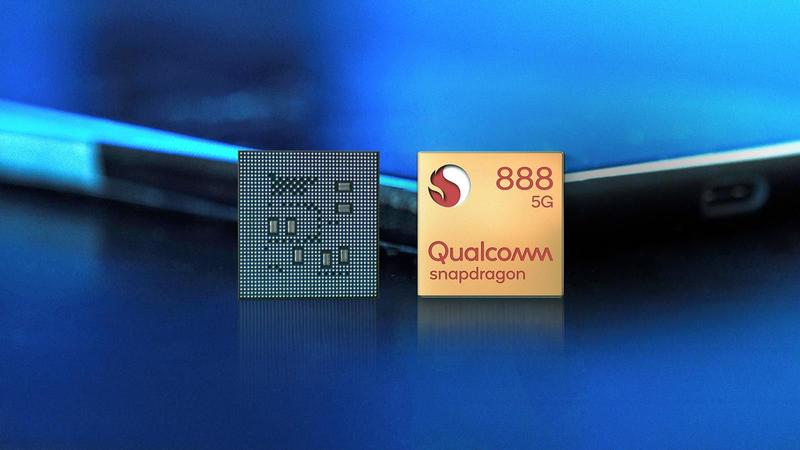 Performance is improved further by a new Sensing Hub, which combines connectivity data like 5G, Wi-Fi, Bluetooth, and location streams with a new, dedicated low-power AI processor. This lower power core can take on up to 80% of the work normally tackled by the Hexagon core, but do it more efficiently, resulting in three times the performance per watt overall.

You might not think this matters much to you, but remember that machine learning increasingly drives everything your phone does, from Snapchat filters to intelligently optimising video playback – and taking photos.

Which brings us to the next major upgrade to the 888: photography.

Qualcomm has upgraded the Spectra 580 image signal processor (ISP) from two cores to three, meaning it can process data from three cameras simultaneously, in parallel.

That means a few things. Firstly, it can simultaneously capture photos from three camera lenses at up to 28Mp, or record video from three different lenses, all at 4K HDR. It’ll make zooming feel smoother too, as phones can run all three lenses at once and seamlessly switch to the one you choose at any given time.

This is even more important for HDR, with the introduction of staggered HDR capture for video. Already available for photos, this will be able to capture three video feeds at different exposures and combine them into one video with significantly improved dynamic range – and still at 4K. 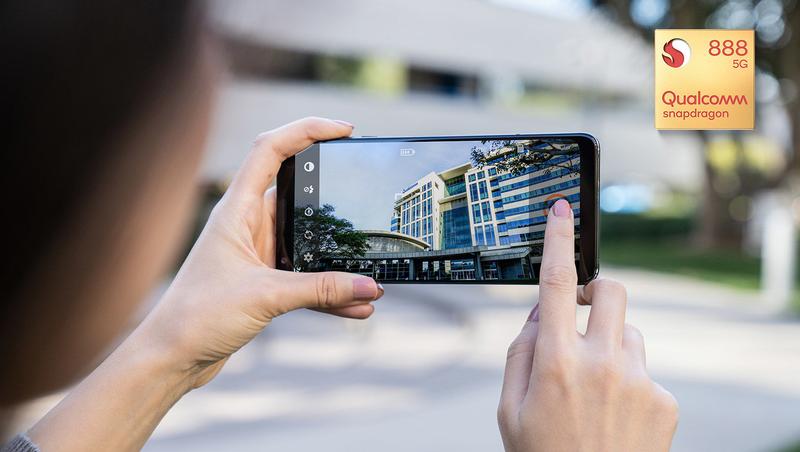 It’s not all about video though. Photos will now support 10-bit colour depth in the HEIF format, supporting over a billion shades.

In terms of pure numbers, the Spectra 580 can capture 2.7 gigapixels per second, which Qualcomm says is a 35% improvement year-on-year. That’s fast enough to capture 120 12Mp photos in just one second, taking smartphone burst photography to the next level.

Oh, and remember all those AI improvements? Artificial intelligence will now be used to drive auto focus and auto exposure, which should hopefully improve results.

5G was the big news in last year’s Snapdragon 865, so it feels a little like old hat this time around. Still, there are improvements.

The big one is that the new X60 modem is actually integrated into the core – rather than discrete as it was last year. That should save space inside phones for manufacturers, and improve power efficiency.

There’s support for both Sub-6 and mmWave frequencies covering all the major bands worldwide, with dynamic spectrum sharing, carrier aggregation, TDD, and FDD, and standalone and non-standalone modes.

In short, the X60 covers all the 5G tech out there right now, and everything that’s on the way, so Snapdragon 888 phones will be fairly future-proofed when it comes to 5G speeds over the next few years. After all, it’s rated for up to 7.5Gbps downloads, but good luck finding a connection that fast right now.

One of the developments following the unveiling of the Snapdragon 888 has been word of Qualcomm and Google’s partnership to enhance the efforts of Project Treble, promising that more 888 phones will receive three Android OS version updates across their lifetime.

Announced on 17 December (and detailed on the Android Developers Blog), both companies have said that Snapdragon 888-powered devices have the potential to improve the likelihood of longer-term Android OS updates and security patches for devices.

So far, Project Treble has focussed on making OS updates (and security patches) easier and faster to distribute by separating the underlying Android framework from the vendor implementation it’s paired with (user experience overlays like OnePlus’ OxygenOS and Samsung’s One UI fall within this).

This partnership expands Treble’s efforts to allow for more updates to devices over a longer period of time, ensuring more devices benefit from more features, better security and better compatibility over time.

Typically, only Google’s own Pixel devices see three additional OS updates following launch, with Samsung also promising the same for the recently-launched Galaxy Note 20 line too. Beyond that, subsequent major Android OS updates have often struggled to reach devices with any real consistency.

Forthcoming Qualcomm-powered devices running Android 11 (and later) should benefit from this extension to Project Treble.

For more on the Snapdragon 888, watch the dedicated Snapdragon special episode of our weekly podcast Fast Charge: